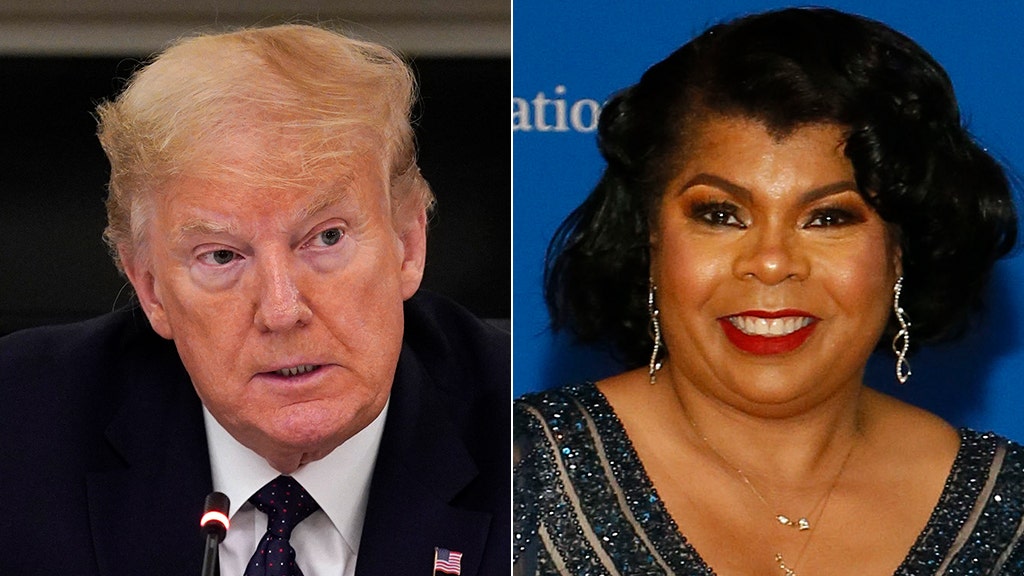 On “The View” Thursday, White House correspondent April Ryan advised young journalists to not make themselves the focus of their reporting. “Please understand it’s not about you. It’s about the story,” she told the audience.

However, in Ryan’s new book, she seemed to relish making herself part of the story.

In her book, “Black Women Will Save the World: An Anthem,” Ryan touted how her fight to preserve “democracy” and “the vote” from Donald Trump and his allies, “made her a target.”

At one point, she even embraced her role as an activist.

Journalist April Ryan called herself an activist in her new book, “Black Women Will Save the World.”
(Reuters/Rebecca Cook)

“Our activism is rooted in serving the underserved, the forgotten, the marginalized. I used to push against the description of my work as ‘activism’ because that adjective was lobbied to delegitimize my work. But in time, I have come to accept and embrace the description,” Ryan wrote. She quotes The New York Times’ 1619 Project’s Nikole Hannah-Jones saying “all journalism is activism.”

“For Black journalists, especially Black women, her words are gospel,” Ryan wrote. “Hannah-Jones is right — all journalism is activism and what matters most is the cause for which you are an activist. Ultimately, for whom do you fight?” she asked.

The White House reporter frequently attracted headlines during the Trump years for her hostile interactions in the press briefing room.

In her book, she recalled these events as “devastating” and “traumatic” “microaggressions” she faced “as one of the few Black female reporters doing the People’s Work.”

CNN’S APRIL RYAN: VOTING RIGHTS IN THE US HAVE ‘COLLAPSED’

President Trump was a heavy presence in Ryan’s book, making an appearance at least 59 times in the roughly 150-page book.

A staunch critic of the former president, Ryan lobbed both personal and political attacks against him.

She directly blamed Trump for “driving her to drink” after she received one of the inoperable pipe bombs sent to various Democrats and members of the media during 2018.

“My health, which deteriorated because of the stress, worry, and anxiety induced by the actions and deliberate choices of the Trump administration, has rebounded. Donald Trump literally drove me to drink…But what is most striking and most personal to me is this: President Trump terrorized everyone who loves America, especially those who spoke up to defend America in her darkest hour,” she wrote.

Despite telling “The View” that a reporter shouldn’t be part of the story, her book was filled with passages hailing her own self-importance and even complaining when she didn’t “get credit” in the briefing room.

“In the world of journalism, I am an endurance athlete. Through sheer force of will, I have stayed in my profession and climbed. My ascent hasn’t always been welcome, but it has always been needed,” one passage began.

In another she griped, “Unlike my great colleagues and personal friends who are elevated in the coverage for making important and incisive points, I am not. My identity as a Black woman is always erased from The Conversation. Even when we ignite the discussion. Let me be blunt: many people simply do not want to give Black women credit.”