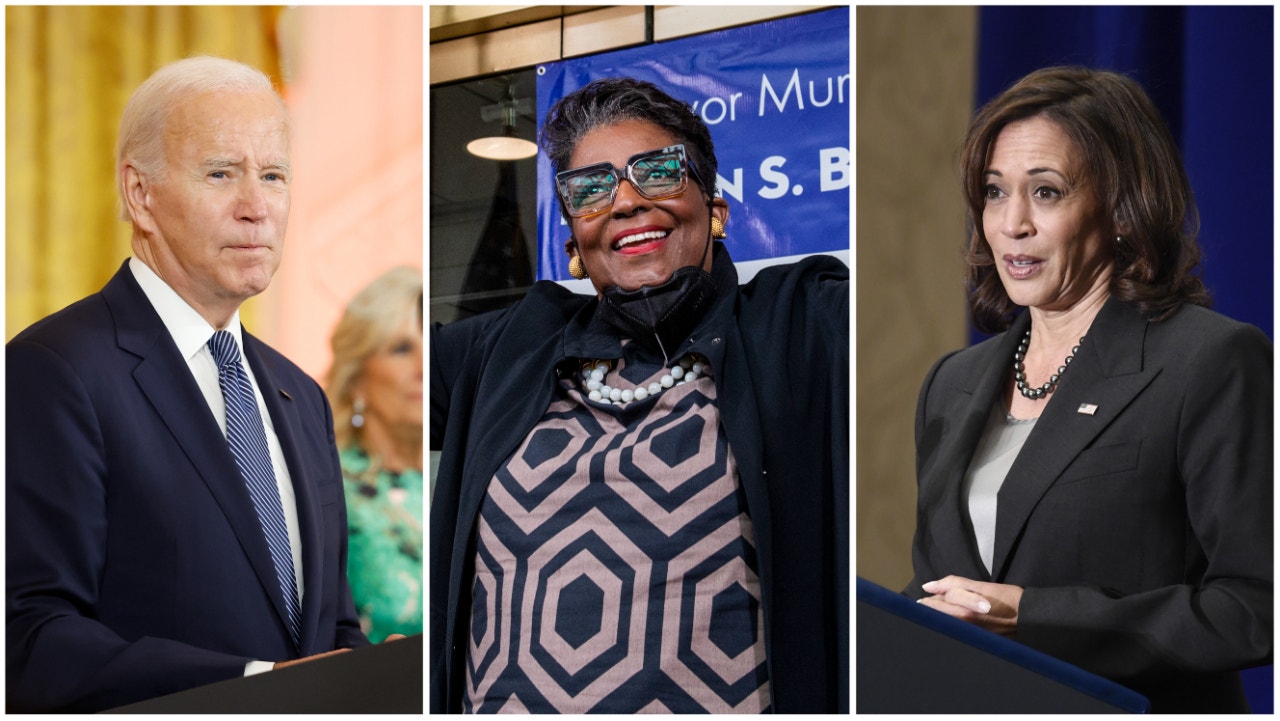 Cora Masters Barry, an appointed official serving under D.C. Mayor Muriel Bowser, found herself in the press earlier this month after she lavished Farrakhan with praise at a private event honoring her late husband, D.C. Mayor Marion Barry.

At the event, Farrakhan spoke highly of the late D.C. Mayor Marion Barry and praised his widow, with Barry reciprocating the praise and calling the noted antisemite a “friend” and “member of the family” while also telling him “I love you more than words will ever say.”

The six-minute video of the event, posted by embattled D.C. councilmember Trayon White, Sr., shows Farrakhan, who has espoused antisemitic rhetoric dating back decades, including calling Jews “wicked” and comparing them to termites by saying he was “anti-termite,” speaking to dozens of people at the Congressional Cemetery.

Cora Masters Barry, seen at the podium, praised Farrakhan as a “friend” and “member of the family” while speaking at a private ceremony in memory of her late husband, former Democratic Mayor Marion Barry.
(Getty Images)

White House spokesperson Andrew Bates told Fox News Digital that President Biden “denounces any praise” of Farrakhan or his rhetoric, including the praise from Barry.

“As President Biden has always done and as Karine reiterated this morning, ‘we need to call out antisemitism everywhere it rears its ugly head,’” Bates said. “The President has unequivocally condemned Louis Farrakhan and the hate he represents for decades and co-sponsored bipartisan legislation doing so.”

“He also denounces any praise of Louis Farrakhan or his repugnant, antisemitic values, including in this case,” Bates added.

Additionally, a White House spokesperson told Fox News Digital that elected officials from both parties across the country come to the White House on official business and that it never means the administration agrees with all of their viewpoints.

When asked for comment, Harris’ office gave a generalized condemnation of antisemitism but did not mention Barry’s praise of Farrakhan.

“The vice president has and always will condemn antisemitism and hate in all its forms,” Harris spokesperson Kirsten Allen told Fox News Digital.

Allen also pointed to Harris’ track record of combating antisemitism in her time in office.

Barry is a mayoral appointee by D.C. Mayor Muriel Bowser and currently serves as the CEO of the Recreation Wish List Committee. In 2021, Bowser said she was “grateful for women” like Barry and said she was “going to stand with them,” referring to Barry and Dr. Natalie Hopkinson, after council chairman Phil Mendelson, a Democrat, initially blocked them for reconsideration to serve on the D.C. Commission on the Arts and Humanities. Backlash followed, which resulted in them staying on the commission after the council voted.

Barry, who donated $500 each to Biden’s presidential campaign and the Biden Victory Fund, has visited the White House at least four times since Biden and Harris took office. The D.C. official made headlines after meeting with Vice President Harris when her previous comments attacking White women resurfaced.

“F— White women,” Barry began to say in a November 2020 Zoom call video with Melanie Campbell, before correcting herself. “Excuse me — forget the White women. They’re going to do what the White men tell them to do.”

“They be smiling in their faces, they want to stay in charge,” Barry continued with Campbell reacting affirmatively in the background. “I don’t care nothing about them, we gotta do what we gotta do.”

She also attacked supporters of then-President Trump, comparing them to the Ku Klux Klan by saying, “I’m not saying everyone who voted for Trump is wearing a white sheet, but they got one in their closet and it comes out when we start messing with the economic value or the balance of power.”

Barry also said at the time that, should Biden win the 2020 election, her group has “got to start organizing to make sure that the next President of the United States is a Black woman.”

Bowser’s office and Barry did not respond to Fox News Digital’s inquiries.

Houston Keene is a politics writer for Fox News Digital.  Story tips can be sent to Houston.Keene@Fox.com and on Twitter: @HoustonKeene