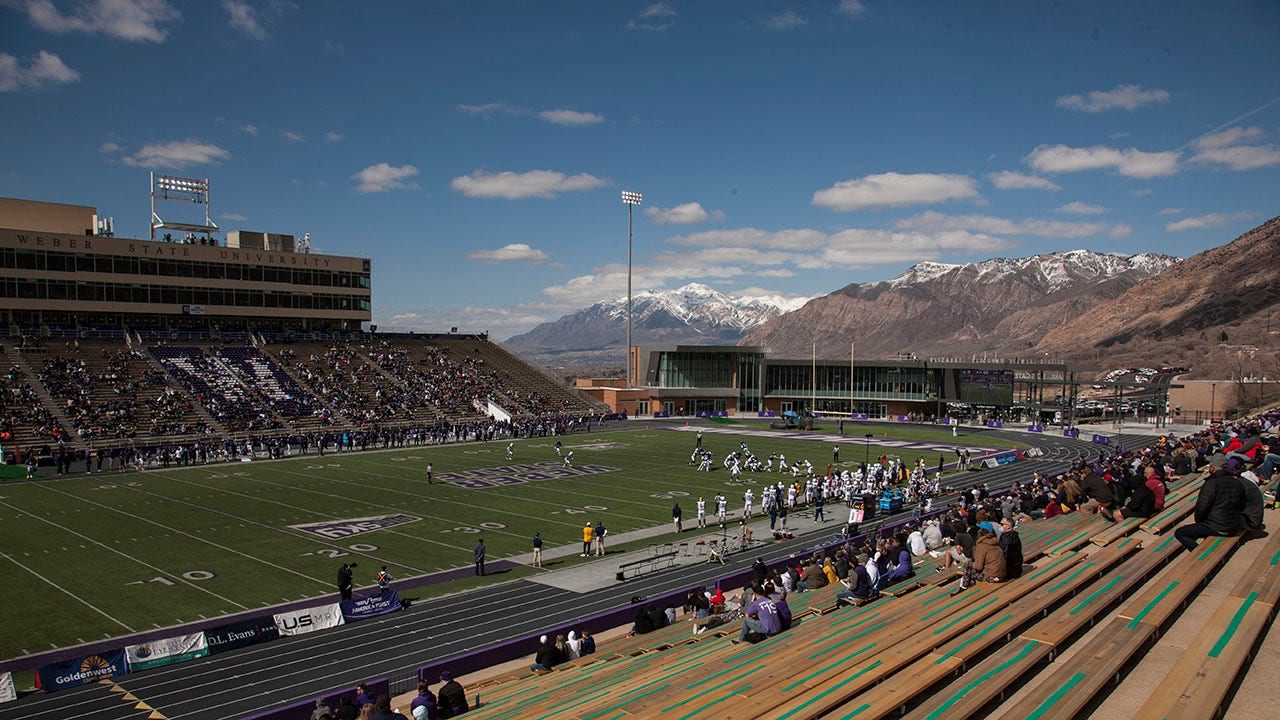 Weber State may be holding some football tryouts this week.

Weber State (6-0) headed out to Montana State (6-1) for a battle of FCS teams whose combined records are 12-1 – but Weber State’s special teams unit looked like anything but an undefeated squad.

Kyle Thompson #61 of the Weber State Wildcats kicks a field goal over the Southern Illinois Salukis during their game April 24, 2021, at Stewart Stadium in Ogden, Utah.
(Chris Gardner/Getty Images)

In the first half, Wildcats’ long snapper Grant Sands launched four snaps over punter Jack Burgess’ head that all went through the back of their own end zone, each resulting in a safety.

The first of the four was from their own 19-yard line – it went through the back of the end zone on the fly – at least 29 yards through the air.

The second one bounced around the end zone for a bit, but Montana State was gifted another two points.

The third one came from Weber State’s own 30. Like the second one, it went over the punter’s head, rolled into and through the end zone and was moving too fast for anyone else to get it.

DALVIN COOK’S TOUCHDOWN TO ICE VIKINGS GAME COST HIM OVER $7,000

Surely, Sands went into the locker room at halftime to work on his craft, right?

Members of the Weber State Wildcats and the Northern Arizona Lumberjacks play during their game March 27, 2021, at Stewart Stadium in Ogden, UT.
(Chris Gardner/Getty Images)

Early in the third quarter, Weber State sent out the punt team, and, well, you know.

On the fourth and final time, the punter saved the trouble and just kicked it out of the end zone. Rough day.