Was ‘30s star Marion Davies a Hollywood mistress plagued by scandal? Author hopes to let 'her story be known' 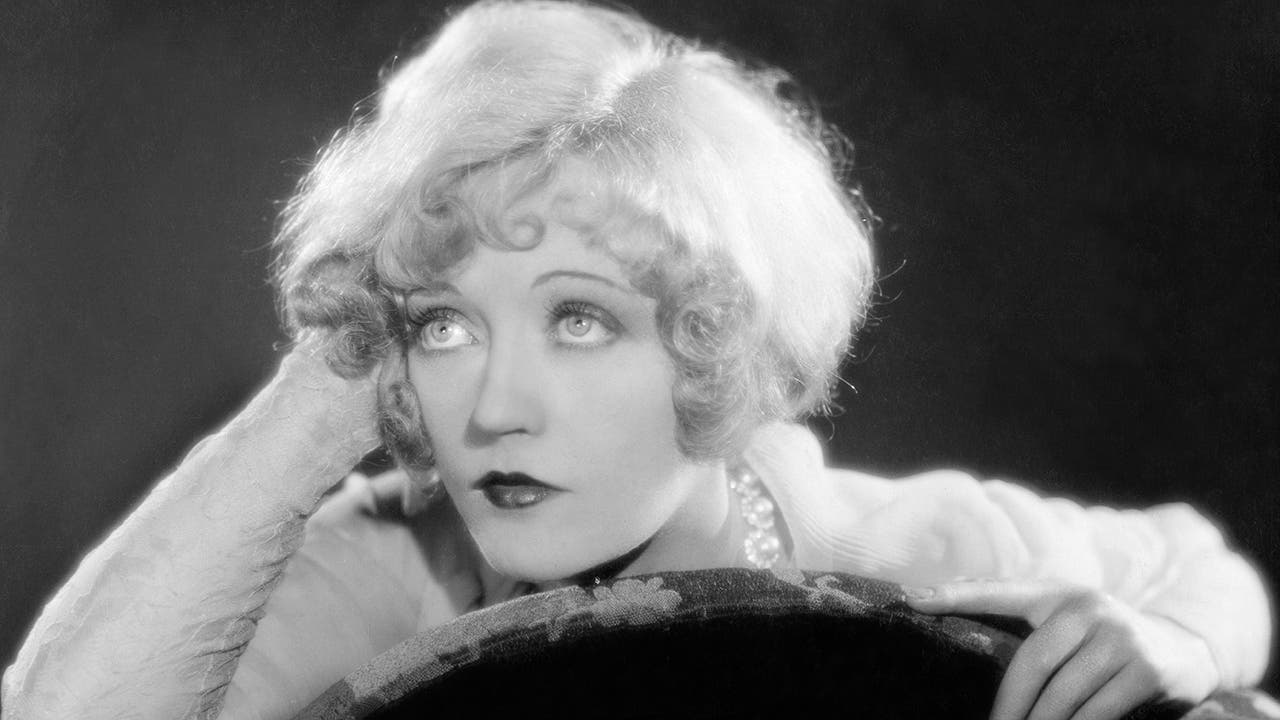 Marion Davies, a Hollywood star whose career has been overshadowed by “the greatest film ever made” decades after her death, is back in the spotlight.

The actress, who made her mark during the silent film era and the first decade of “talkies,” is the subject of a new book titled “Captain of Her Soul” by film writer Lara Gabrielle. It chronicles Davies’ rise to stardom as a sought-after comedienne, as well as her tragic final years. For the book, Gabrielle tracked down some of Davies’ surviving confidantes who were eager to shed new light on their pal.

Davies passed away in 1961 at age 64 from cancer. In recent years, she has been portrayed by Kirsten Dunst and Amanda Seyfried in 2001’s “The Cat’s Meow” and 2020’s “Mank” on Netflix. Seyfried, 36, scored her first Oscar nomination in 2021 for the biographical drama.

Actress Marion Davies (1897-1961) for MGM Studios on April 23, 1932. The Hollywood star is the subject of a new book titled “Captain of Her Soul” by film writer Lara Gabrielle.
(Clarence Sinclair Bull via John Kobal Foundation/Getty Images)

Gabrielle told Fox News Digital she wanted to set the record straight on Davies, who has long been depicted as a beautiful, but untalented party girl and high-profile mistress.

‘30S STAR ELISSA LANDI LEFT HOLLYWOOD FOR THIS REASON, BOOK REVEALS: ‘I WASTED 7 GOOD YEARS OF MY LIFE THERE’

“Up until now, Marion Davies has been seen as the mistress of William Randolph Hearst,” Gabrielle explained. “And she was so much more than that. For one thing, their relationship was far more [than that]… they were really soulmates… She saw herself as the captain of her soul. Those were her words. Here’s a woman from this era who made her own decisions. She negotiated her own contracts. She decided she was going to retire on her own terms. And I think that story is very relevant to this era, where we are seeing women for who they are.”

The newspaper proprietor William Randolph Hearst (1863 -1951) with film star Marion Davies (1897-1961). The relationship, despite the age gap and Hearst being married, was well documented.
(Keystone/Getty Images)

Hearst, who built the nation’s largest newspaper chain, first met Davies when she was a 19-year-old chorus girl in New York City. The 53-year-old married tycoon fell head over heels for the young performer and vowed to make her a star. According to Turner Classic Movies (TCM), Hearst spared no expense and even created a production company solely for her projects. He also leveraged deals with major studios to distribute her films.

“Hearst’s marriage to Millicent was essentially done,” Gabrielle explained. “They didn’t have much of a life together. Meanwhile, Hearst and Marion bonded over literature. They would read together and talk about the characters. Marion was a voracious reader. So was Hearst. So their relationship grew, and it was a very natural love for them.”

Gabrielle stressed that despite their controversial romance, Davies worked tirelessly to prove her worth in Tinseltown. She went on to produce her own films.

“Marion was extraordinarily talented,” Gabrielle explained. “She was a gifted comedian. If you see any of her films today, she’s just laugh-out-loud hilarious. She was known for this steely grit when she was working on set. She made all of her own decisions and was a very astute businesswoman, which was unheard of at the time.”

“She did have a stutter that affected just about everything she did,” Gabrielle shared. “But she never really let it get to her. She just maintained her poise and strength. I feel that’s something a lot of people don’t know about her today… It was very moving to learn how she dealt with her struggles.”

Davies found herself in what many have claimed was a murder mystery. She was onboard Hearst’s yacht when filmmaker Thomas Ince suddenly died in 1924 at age 44. For years, it was rumored that it was Hearst who shot Ince after mistaking him for Charlie Chaplin in the dark over an alleged affair with Davies.

“When I listened to her talk about this on her autobiographical tapes, she’s like, ‘How could anybody possibly think this happened? This is so dumb,’” Gabrielle chuckled. “The whole thing falls apart very quickly… Essentially, he was sick. He took a water taxi back to San Diego with a doctor who was onboard and went back to LA where he died at home… But people like good stories. ‘The Cat’s Meow’ perpetuated this myth pretty strongly. I still get that question a lot.”

And then there was “Citizen Kane,” which is still cited as “the greatest movie ever made.” The 1941 film, said to be inspired by Hearst, features a character named Susan Alexander played by Dorothy Comingore. She’s portrayed as an untalented blonde singer that Kane (Orson Welles) attempts to legitimize by boosting her career. While many associate the role with Davies, Gabrielle said that opera singer Ganna Walska and her relationship with businessman Harold Fowler McCormick is a closer model.

“There are certainly lots of similarities,” said Gabrielle. “But Kane and Susan Alexander were a composite of different people… Susan Alexander was portrayed as an untalented drunk who used Kane for his money and left him in the dust. Hearst was very upset about the movie. Marion wasn’t as much, at least publicly. She [later] said that Orson Welles can make whatever movie he wanted to make and ‘who am I to tell him how to make his movie?’”

“Citizen Kane,” which depicted an obsessive medial mogul, hit a nerve. Hearst was so infuriated that he led a bitter campaign against the film, History.com reported. According to the outlet, he first attempted to shut down production. Then he published personal attacks against Welles. Afterward, he went as far as to ban advertisements of the film. Welles later said that “Citizen Kane” was not a biopic about Hearst, but rather a composite of several powerful men. He also never intended to call out Davies with a character like Alexander.

Davies chose to expand her career as an investor in California real estate. According to reports, Davies was so successful that she gave Hearst $1 million to save his business from financial ruin during the economic downturn of the Depression.

Charles Foster Kane (Orson Welles) stands over his second wife Susan Alexander Kane (Dorothy Comingore) as she puts together a puzzle in “Citizen Kane.” Many believed that the role of Alexander was inspired by Marion Davies.
(John Springer Collection/CORBIS/Corbis via Getty Images)

But behind the glitz and glamour of her Hollywood life, Davies endured personal struggles. It’s been speculated that a crippling stutter marked the end of her career. Her last film was 1937’s “Ever Since Eve.” Then Hearst died in 1951 at age 88.

The two-house, five-acre Beverly Hills estate, the onetime residence of newspaper czar William Randolph Hearst and his girlfriend, actress Marion Davies, was priced at $135 million. The compound centers on a 50,000-square-foot mansion built in the 1920s and retains intricately carved ceilings and paneled walls, a garden-view bar and a two-story library with hand-carved woodwork, much from Hearst’s castle at San Simeon.
(Mel Melcon/Los Angeles Times via Getty Images)

“The relationship lasted until the very moment he died,” said Gabrielle. “Kissing Marion Davies was the last thing William Randolph Hearst ever did. She was with him until he slipped into a coma. But that pretty much says it all about their relationship. They were devoted to each other. She kept a three-day vigil by his bedside before he died without any wink of sleep.”

Gabrielle said Davies’ final years “were difficult” as she dealt with alcoholism and an unhappy marriage to Horace Brown. The sea captain has been described as a doppelganger to Hearst. They married in 1951, months after Hearst’s death.

Marion Davies in 1952. Lara Gabrielle said that the last 10 years of Davies’ life were difficult for the once shining star.
(Daily Herald Archive/National Science & Media Museum/SSPL via Getty Images)

“They were not suited for each other,” said Gabrielle. “She nearly divorced him several times, but never went through with it. And she did struggle with alcoholism a whole lot more after Hearst died. She always had it, ever since her chorus girl days. But some people started to notice she had a problem. Hearst was worried about her and this disease really that she had. He made a lot of effort to keep alcohol away from her. But after he died, there was nobody to do that for her. So it did get worse… One reader wrote that the book was a really lovely piece, but the last 10 years don’t make for a happy reading, which is true.”

At the time of her death, The New York Times described Davies as “a tired, sad and lonely woman.” She died 10 years after Hearst.

Today, Gabrielle hopes audiences will learn about Davies’ whirlwind life in Hollywood, one that has been seemingly forgotten with time.

Marion Davies circa 1929. Lara Gabrielle said she hopes her book will shed light on Davies, a Hollywood star who has been seemingly forgotten with time.
(Ruth Harriet/ullstein bild via Getty Images)

“Marion was not dedicated to being a star,” Gabrielle said. “Marion considered herself to be a normal person who just happened to work as an actress… She was proud of her work, she was proud of what she accomplished. She kept all of her films, but she was not one to toot her own horn. Hearst did that a lot, and it always made her uncomfortable. She scoffed at all of that and didn’t take herself too seriously. She was really her own person and yet for years, she was maligned. And I hope this book lets her story be known finally.”