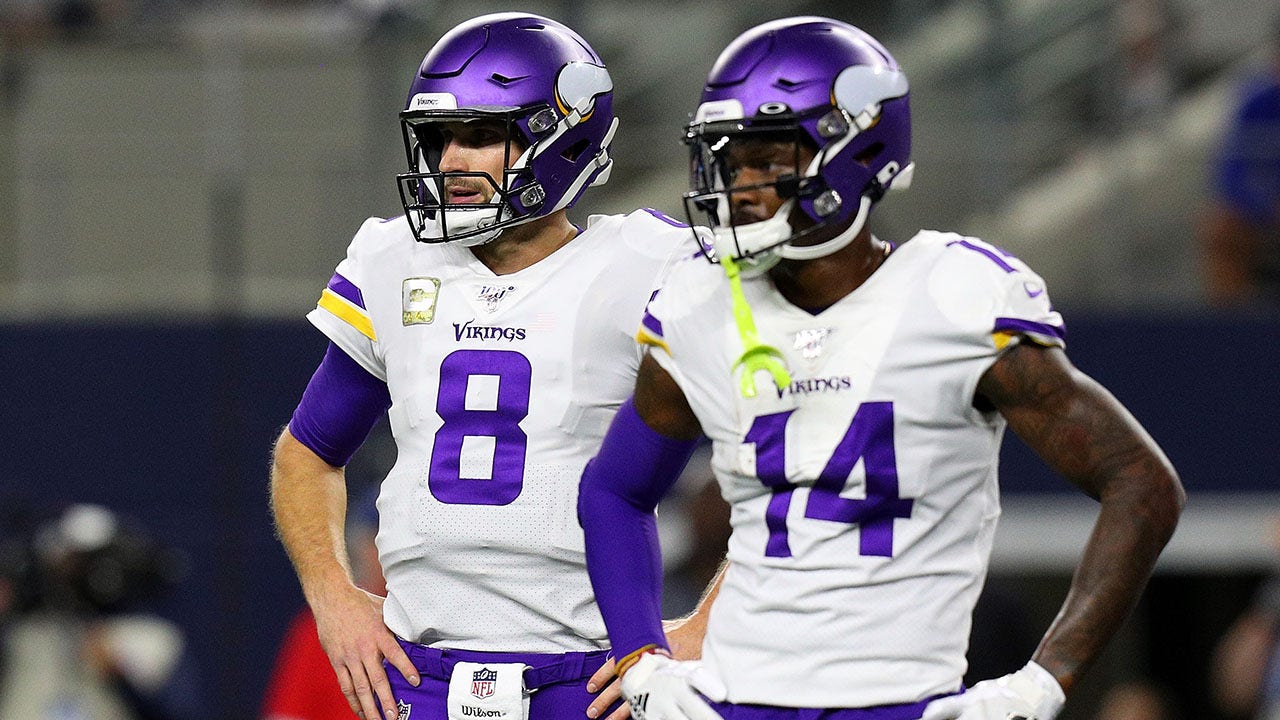 For two seasons, Kirk Cousins and Stefon Diggs had quite the connection. In their time together in Minnesota, Diggs had 163 catches for 2,151 yards and 15 touchdowns.

And then Diggs wanted out. He was eventually traded to the Buffalo Bills, giving the Vikings the 22nd pick of the 2020 NFL Draft.

That pick became Justin Jefferson, who was fourth in the NFL in receiving yards in his rookie season and has 20 touchdown catches in his first 2 ½ years in the league.

Justin Jefferson (18) of the Minnesota Vikings carries the ball against the Washington Commanders during the second half at FedEx Field Nov. 6, 2022, in Landover, Md.
(Scott Taetsch/Getty Images)

Ahead of Minnesota’s matchup with the Bills Sunday, Cousins said the move has worked out for both sides.

“I think it’s one that’s worked out for everybody involved,” Cousins said Wednesday when asked to reflect on the trade. “I think Stefon was wanting a different opportunity, and his production in Buffalo would suggest that’s worked out very well for him.

Kirk Cousins (8) and Stefon Diggs (14) of the Minnesota Vikings stand on the field during a game against the Dallas Cowboys at AT and T Stadium Nov. 10, 2019, in Arlington, Texas.
(Richard Rodriguez/Getty Images)

“It was tough to lose him, but when you’re able to go get Justin – which is not easy to do – when you lose Stefon without the guarantee of replacing that, it’s hard. Being able to get Justin made it sting a little less, if you will, with the way Justin’s played. But, make no mistake about it, Stefon is an elite receiver. He’s shown that here, he’s shown that there, and he’s doing it again this year. And it doesn’t surprise me in the least having played with him.”

Diggs has not skipped a beat since the trade, catching 290 passes for 3,617 yards and 25 touchdowns with Buffalo.

Sunday will be the first time Diggs will be facing his former team, and the elite wide receiver has taken notice of Jefferson’s immense talents.

The health of Bills quarterback Josh Allen is the big question mark heading into Sunday’s game. Allen has been limited in practice after injuring his throwing elbow against the New York Jets in Week 9.