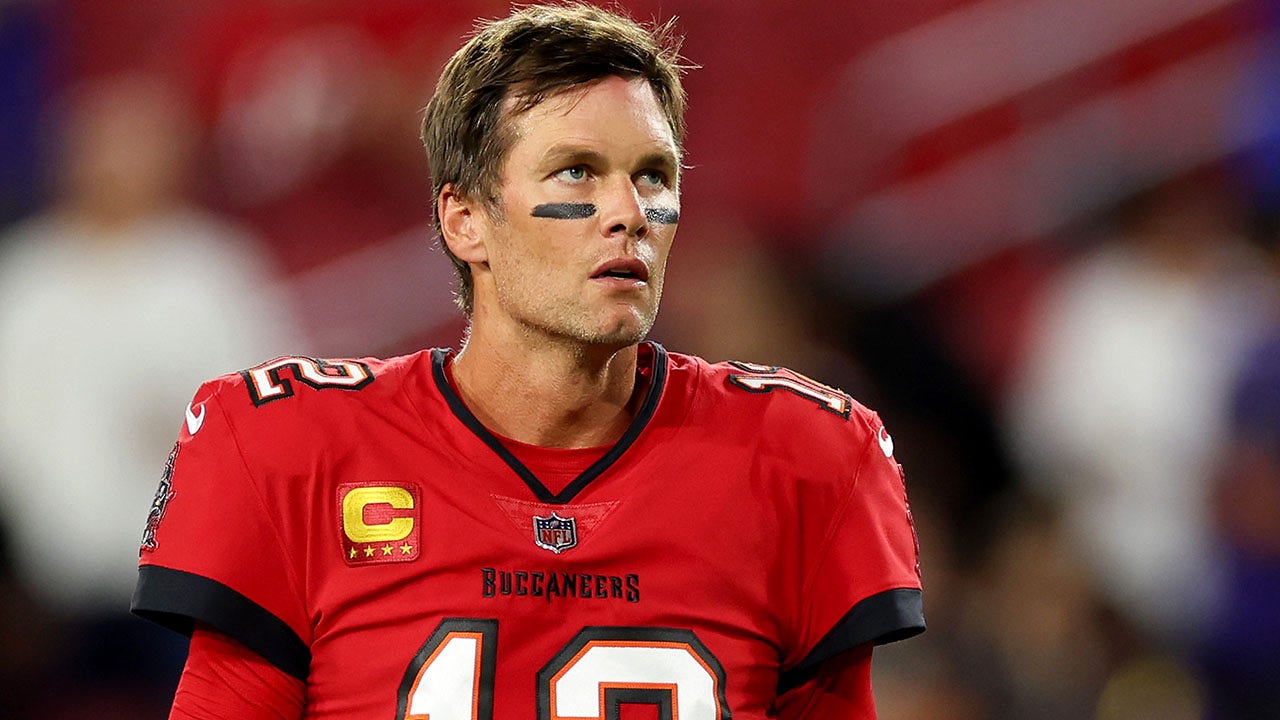 Tom Brady and the Tampa Bay Buccaneers returned home to Raymond James Stadium on Thursday night to play the Baltimore Ravens after a tough loss to the Carolina Panthers in Charlotte last week.

Brady had at least one family member in the stands while he took the field, his dad.

Tom Brady Sr. was on hand to take in the Buccaneers game in Tampa. The Amazon Prime broadcast showed the seven-time Super Bowl champion’s dad in a suite at Raymond James Stadium to support his son who has come under fire over the last couple of months to start the season.

The Buccaneers quarterback has had to deal with rumors of a rift in his marriage with Gisele Bündchen, criticism for attending New England Patriots team owner Robert Kraft’s wedding instead of attending a team walkthrough before a game against the Pittsburgh Steelers, and the struggles of a team that’s started the season 3-4 after being one of the favorites to win the Super Bowl.

Brady has powered through all of it, and even as retirement rumors hang over him again, he’s been there to battle day in and day out.

Tom Brady Sr. stands inside his San Mateo, California, office on Nov. 13, 2019. Tommy Brady, as the New England Patriots quarterback is known in his hometown, spent his first 18 years in San Mateo, but in some respects, it’s as if he never left.
(Stan Grossfeld/The Boston Globe via Getty Images)

In the latest episode of his “Let’s Go!” podcast, he talked about overcoming adversities.

“The interesting part is it’s always easier to think, ‘Oh, let’s try to think about next year’ or this or that. We’re only seven games into the year. That’s the last thing that I’m thinking about. I’m thinking about what I need to do today to be better for the people in this locker room. What do I need to do better today for myself to be the best I can be for this team, professionally, and that’s what you try to do.”

Brady made an interesting analogy, saying he’d rather be with the people who run toward a crisis and try to help figure it out rather than those who run away.

Tom Brady of the Tampa Bay Buccaneers looks on during pregame warm-ups prior to a game against the Baltimore Ravens at Raymond James Stadium on Oct. 27, 2022, in Tampa, Florida.
(Mike Ehrmann/Getty Images)

“The last thing you want is for people to run away. Everyone can be there during the parades, everyone can be there when everyone is telling you how great you are. Who are you when things aren’t great? Who are you when things don’t go your way? When you face adversity in life, who are the people that stand by you? And that’s what adversities really challenge you to figure out. And I’m really excited to see what we make of this year.”

He said in those moments of adversity he turns to the people who can “do something about it.” The Buccaneers star said he’s had “a lot of great support” and “a lot of great family and friends that are really encouraging off the field.”