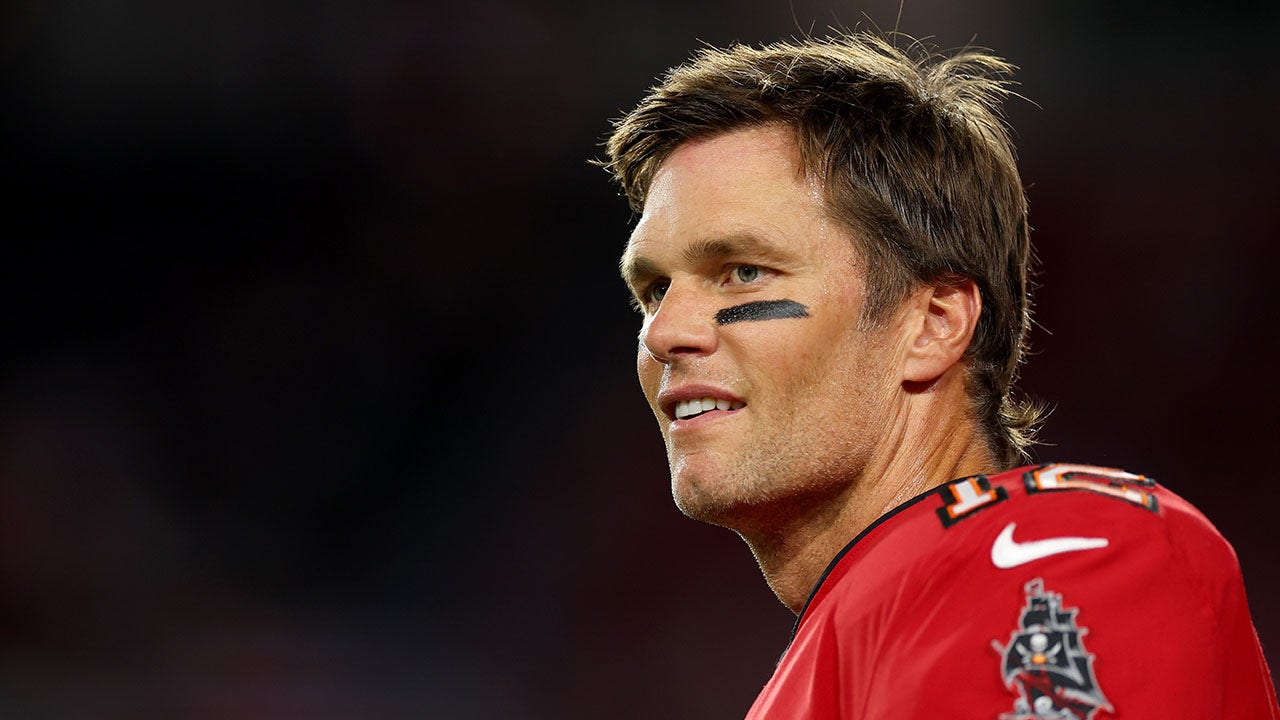 Three-time NFL MVP Tom Brady and the Tampa Bay Buccaneers have largely struggled on the field for much of this season.

But, the 45-year-old’s personal life away from the NFL has also been widely discussed in recent months. Brady addressed both aspects of his life Thursday during a media session with reporters.

TAMPA, FLORIDA – OCTOBER 27: Tom Brady #12 of the Tampa Bay Buccaneers looks on during pregame warm-ups prior to a game against the Baltimore Ravens at Raymond James Stadium on October 27, 2022 in Tampa, Florida.
(Photo by Mike Ehrmann/Getty Images)

Last week, the Tampa Bay Buccaneers lost their fifth game of the season and he and Gisele Bündchen announced their divorce after 13 years of marriage.

The Bucs offense has not been nearly as strong this year as it was during Brady’s first two seasons in Tampa Bay. Brady said the key to the offense not stalling in the third quarter is play more consistent throughout the entire game.

“We just haven’t put four good quarters together. Yeah, it’s frustrating because in order to win games you have to play well consistently throughout the game. We just haven’t done that. It’s tough getting up here every week figuring out how to not be overly disappointed in what we’re doing, but we’re fighting hard and we’re going to try to make it better.”

Tampa Bay Buccaneers quarterback Tom Brady (12) directs his team during the second half of an NFL football game against the Carolina Panthers Sunday, Oct. 23, 2022, in Charlotte, N.C.
(AP Photo/Jacob Kupferman)

The 45-year-old quarterback discussed the reasons the team has a losing record eight games in the season.

“I think that, eight games, whatever, you could be 7-1 and be one game out. You could be the record we’re at, but the reality is there’s a reason why we’re 3-5. You’ve got to fix the reasons why you’re 3-5. It’s one game, but it’s not like we have a huge margin of error when we take the field. We don’t, so we’ve got to make the plays that are winning plays. There’s winning plays and there’s losing plays. There’s winning football, there’s losing football. We just haven’t been on the right side of winning very much this year.”

Brady said he continues to strive to do his best on and off the football field.

“I’m sure everyone sitting in this room, everyone sitting at home is trying to wake up every day doing the best they could do for their families and their career, and I’m no different. Just do the best you can do every day. That’s what we certainly try to do.”

Tom Brady #12 of the Tampa Bay Buccaneers looks at a tablet during the game against the New Orleans Saints at Caesars Superdome on September 18, 2022 in New Orleans, Louisiana.
(Getty Images)

Brady was also asked about his personal life spilling over into his professional life in the latest episode Monday of the “Let’s Go!” podcast.

He told legendary sportscaster Jim Gray that he was focused on taking care of his family and trying to win football games.

“I think there’s a lot of professionals in life that go through things that they deal with at work and they deal with at home,” Brady said on the podcast. “Obviously, the good news is it’s a very amicable situation, and I’m really focused on two things: taking care of my family and certainly my children, and, secondly, doing the best job I can to win football games.

Tampa Bay host the Los Angeles Rams on Sunday in a matchup of the last two Super Bowl champions. The Buccaneers have dropped five of their last six games following a 2-0 start to the season.

Brady has loss three consecutive games for the first time in two decades and has never beaten the Rams since he joined the Buccaneers in 2020.