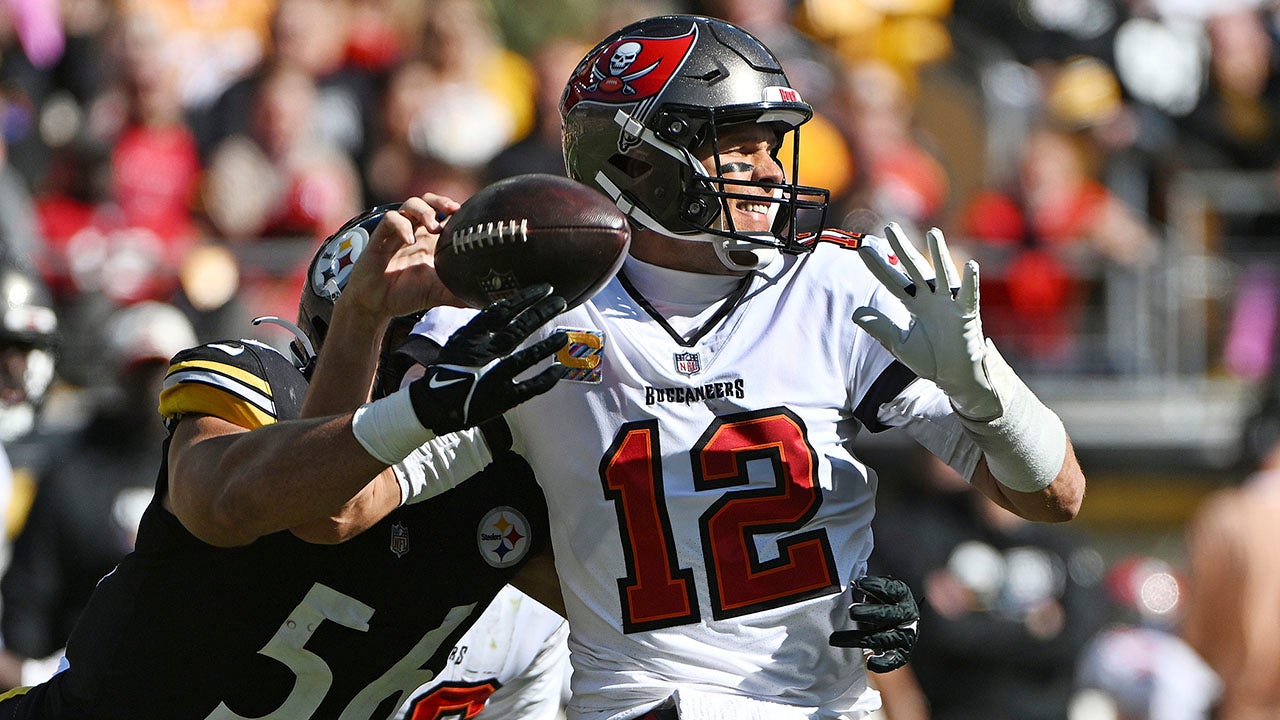 The Pittsburgh Steelers pulled off the shocking upset of the Tampa Bay Buccaneers on Sunday with the help of Mitchell Trubisky, who replaced an injured Kenny Pickett.

Trubisky replaced Pickett in the third quarter and threw a clutch touchdown pass to Chase Claypool in the fourth quarter that extended their lead to eight points with 9:55 to go. Pittsburgh would hold off Tampa Bay despite their late touchdown, 20-18.

Pittsburgh Steelers quarterback Mitchell Trubisky throws a pass during the second half against the Tampa Bay Buccaneers in Pittsburgh on Oct. 16, 2022.
(AP Photo/Barry Reeger)

Claypool had an excellent game. He caught seven balls on seven targets for 96 yards and the key touchdown.

The Steelers’ defense held the Buccaneers to just 18 points despite giving up 304 total yards.

Tampa Bay Buccaneers quarterback Tom Brady (12) laterals to running back Leonard Fournette during the second half against the Pittsburgh Steelers in Pittsburgh on Oct. 16, 2022.
(AP Photo/Don Wright)

Tom Brady was 25-for-40 with 243 passing yards and a touchdown pass to Leonard Fournette late in the game, which cut the Steelers’ lead to two points. Devin Bush batted away a two-point conversion attempt, which ultimately sunk the Buccaneers.

He also fumbled the ball once.

Brady was seen cursing at his offensive line toward the end of the second quarter.