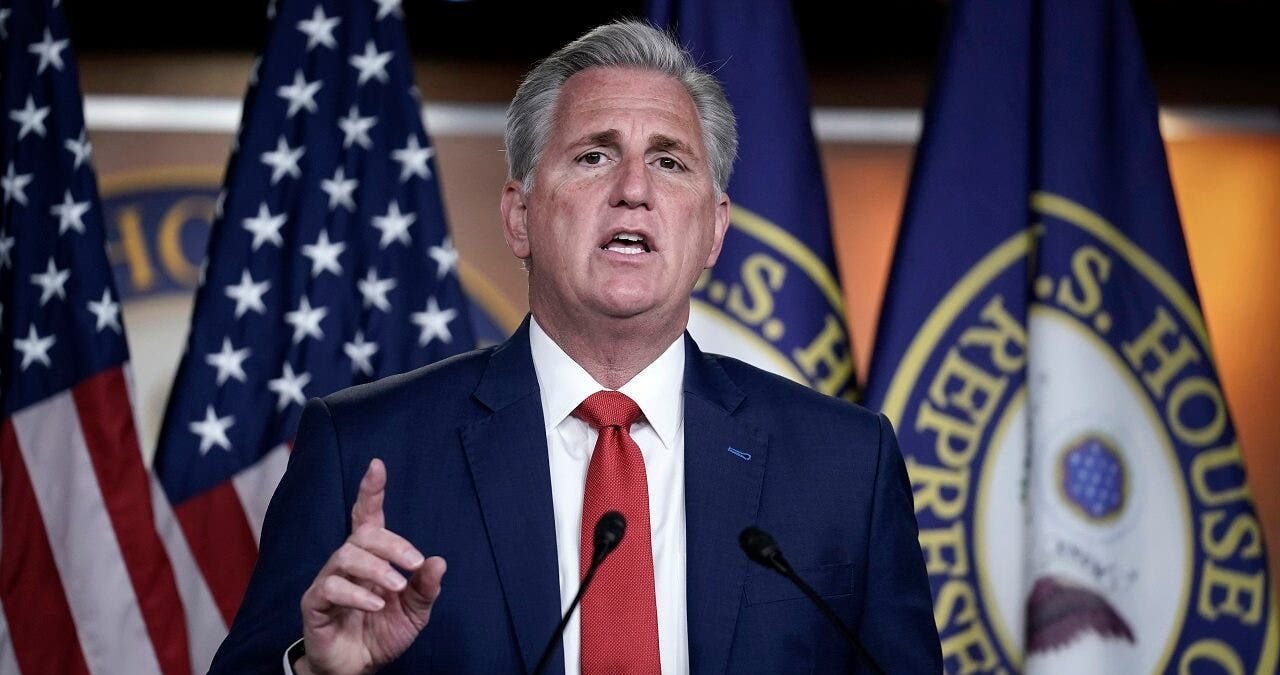 The chances of a narrow majority could be a problem for House Minority Leader Kevin McCarthy, R-Calif., especially in his quest to be Speaker.

Republicans may be heading for a majority somewhere in the 220s for next year. The entire House elects the Speaker. The successful candidate must have an outright majority of the entire House. In other words, 218 votes if the House is constituted at 435. The Speaker is not just who won the most votes.

The House must vote repeatedly until it elects a Speaker. A vote for Speaker has not gone to a second ballot since 1923.

Heading into Tuesday, McCarthy probably had a range of 7-10 Republicans who would not support him for Speaker no matter what. That number could grow.

McCarthy may be able to command the votes so long as he can keep former rival Rep. Jim Jordan, R-Ohio, on his side (remember, Jordan ran against McCarthy for Leader in 2018) and if the California Republican stays within the good graces of former President Trump.

House Minority Leader Kevin McCarthy, R-Calif., gives his assessment of the GOP’s performance in the election as he speaks with reporters at the Capitol in Washington, Wednesday, Nov. 4, 2020.
(AP Photo/J. Scott Applewhite)

It would not take much for Trump to throw McCarthy under the bus, especially considering the GOP’s tepid success when expectations were so lofty.

KEVIN MCCARTHY DECLARES GOP WILL TAKE MAJORITY IN THE HOUSE, PUSH OUT PELOSI AS SPEAKER

However, there is a reason McCarthy did not become Speaker in 2015 when former Speaker John Boehner, R-Ohio, resigned. McCarthy announced on Fox that Republicans developed the 1/6 committee just to undercut the presidential bid of Hillary Clinton. It was as though McCarthy said the quiet part out loud.

Support for McCarthy to succeed Boehner was already shaky, but some Republicans were already looking for a reason to oppose McCarthy. They found it in the Benghazi remark – and McCarthy was toast.

History could repeat itself.

After being promised a “red wave,” some Republicans will look for a reason to dump McCarthy. Tuesday’s weak tea at the ballot box could justify some GOP opposition to McCarthy for Speaker. Moreover, if McCarthy does become Speaker, he is going to have to veer far to the right to meet the demands of the House Freedom Caucus on a host of issues – ranging from impeachments to funding the government to raising the debt ceiling. Freedom Caucus members – like Rep. Marjorie Taylor Greene, R-Ga., – will demand a pound of flesh from McCarthy in exchange for them supporting him for Speaker.

Kevin McCarthy believes Republicans will take control of the House and push Pelosi out as Speaker.
(Getty Images)

In addition, the calling card of House Speaker Nancy Pelosi, D-Calif., is passing major bills with the most narrow of margins. She has done it for two decades. McCarthy has never demonstrated strong vote counting prowess. McCarthy could face instant management problems.

In fact, McCarthy’s first challenge could come in mid-December. That is when a bill to avert a government shutdown comes due. If McCarthy does not take a stand against that bill and do what the Freedom Caucus wants, those same members could hold that against him if and when he stands for Speaker on the House floor on Jan. 3.

As we say, it will be “about the math” when it comes to McCarthy.

Chad Pergram currently serves as a senior congressional correspondent for FOX News Channel (FNC). He joined the network in September 2007 and is based out of Washington, D.C.