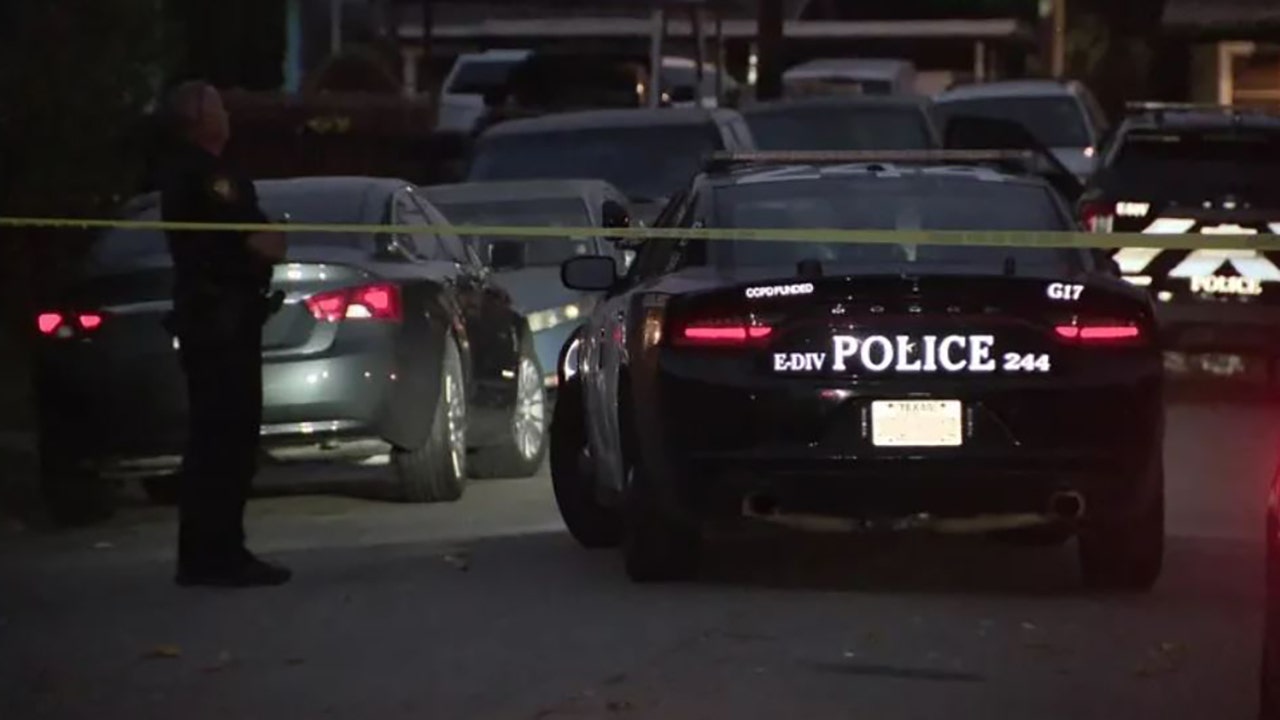 A Texas man who pointed a gun at a police officer was shot and killed Sunday night after threatening to harm his mother and barricading himself inside a Fort Worth home, authorities said.

The incident happened around 11 p.m. in the 4000 block of Wiman Drive, FOX4 Dallas-Fort Worth reported, citing police.

A woman had called 911 and reported that her adult son was damaging her home with a hammer, the outlet reported. A dispatcher overheard a man say that he would hurt his mother if the police arrived.

When officers reached the home, they reported seeing the man come to the door with a handgun, authorities said. He allegedly went inside and refused to come out.

Fort Worth police said a man was killed at a home after he pointed a gun at an officer Sunday night.
(FOX4 Dallas-Fort Worth KDFW)

SWAT and hostage negotiators worked to get the man to surrender and free his mother, who was later able to leave the house, the report said.

However, police said the man stood in the doorway of the home and pointed a gun at an officer. The officer fired at the man, striking and killing him.

It was unclear whether the man fired any shots. No officers were reported injured.

Police did not immediately release additional details about the shooting.