Somalia bombings: At least 100 killed in terrorist attacks by al-Shabaab 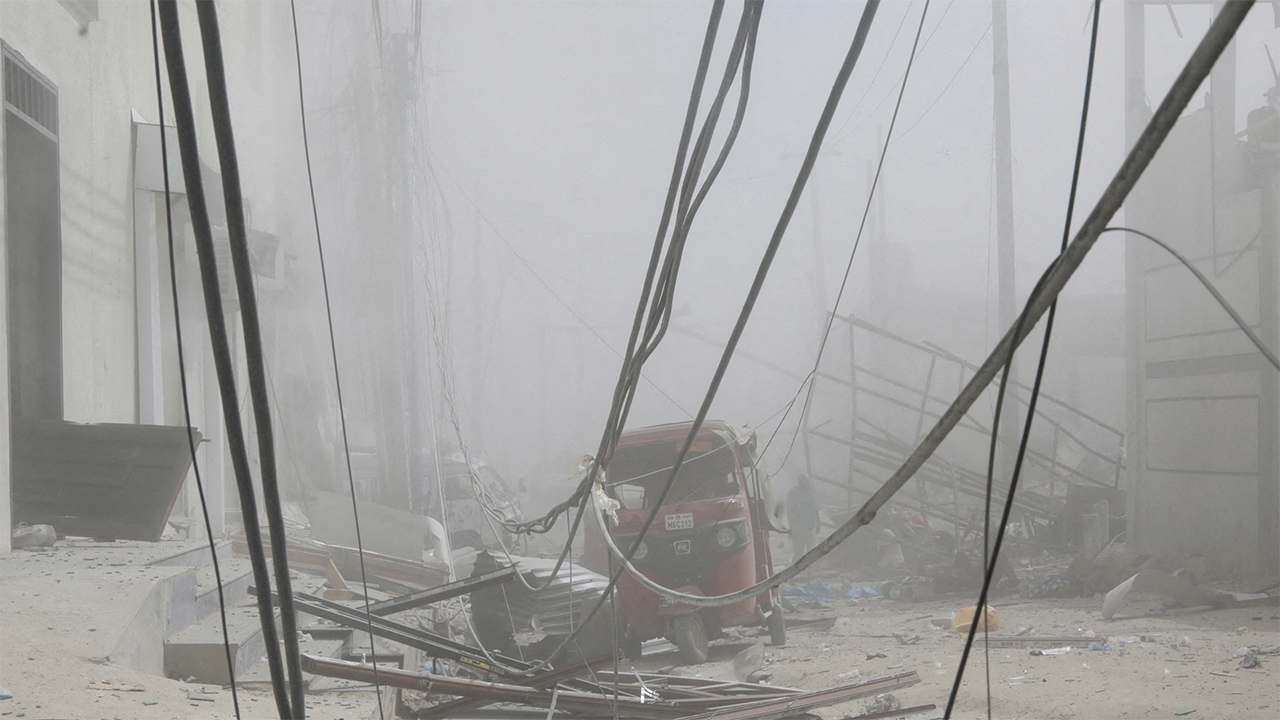 At least 100 people were killed and 300 people were wounded by two car bombs in Somalia’s capital of Mogadishu on Saturday, Somalian President Hassan Sheikh Mohamud said.

Al-Shabaab, which the Pentagon describes as the “most kinetically active al-Qaeda network in the world,” claimed responsibility for the attacks, which targeted the country’s education ministry.

A general view shows the scene of an explosion near the education ministry building along K5 street in Mogadishu, Somalia October 29, 2022.
(REUTERS/Feisal Omar)

President Mohamud took office in May and recently declared “total war” on al-Shabaab, saying Saturday that the death toll could rise.

“Our people who were massacred… included mothers with their children in their arms, fathers who had medical conditions, students who were sent to study, businessmen who were struggling with the lives of their families,” he said.

It was the deadliest attack to rock Mogadishu since 2017, when a truck bomb at the same location killed over 500 people.

Civilians gather near the ruins of a building at the scene of an explosion along K5 street in Mogadishu, Somalia October 30, 2022.
(REUTERS/Abdirahman Hussein)

A man walks past wreckages of destroyed vehicles near the ruins of a building at the scene of an explosion along K5 street in Mogadishu, Somalia October 30, 2022.
(REUTERS/Abdirahman Hussein)

The U.S. military has been coordinating strikes with the Somalian government against al-Shabaab this year, including an airstrike earlier this month that took out Abdullahi Nadir, a top official who was in line to replace al-Shabab’s leader.

President Biden redeployed about 500 special forces troops to Somalia in May.