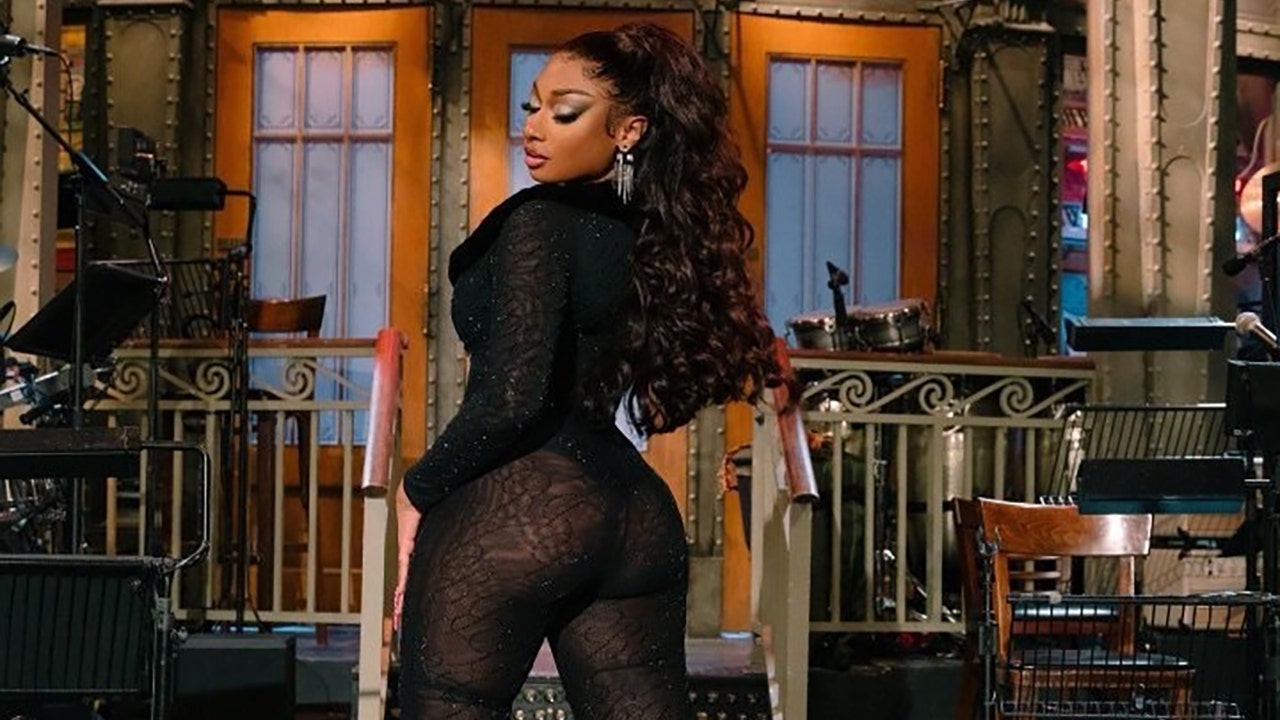 Megan The Stallion guest hosted for “Saturday Night Live” on NBC in an episode that included jokes about the ongoing House Select Committee Investigating the Capitol Riot on Jan 6 and Russia’s invasion of Ukraine.

The 27-year-old rapper and performer, known for her flair and flashy costumes, wore a near-see-through mesh suit when she welcomed the live audience.

Thompson, portraying Committee Chair Bennie Thompson, opened the segment by explaining the hearings were designed to prevent another riot such as the one that took place on January 6, 2021.

“We assembled a team of monotone nerds to do a PowerPoint,” he joked.

Gardner, as Liz Cheney, joked the hearings were boring and Republicans were “not watching” them.

“Whether you’re a Republican who’s not watching or a Democrat who’s nodding so hard your head is falling off, one person is responsible for this insurrection, Donald Trump, and one person will suffer the consequences, me,” she said.

Gardner also spun off with her own monologue about her upbringing, being the daughter of former Vice President Dick Cheney and how that impacted her early years.

“You might wonder, how do you have the guts to take on your entire party alone? And I would say, who tucked you in at night? Was it Dick Cheney? I guess you could say I have big Dick Cheney energy,” she joked.

REPUBLICANS PLANNING TO RELEASE OWN REPORT ON JAN. 6 SECURITY FAILINGS

The segment also made fun of House Speaker Nancy Pelosi and Senate Majority Leader Chuck Schumer, and new footage from the day of the riot that was released during a committee hearing on Thursday.

“If Trump comes, I’m gonna punch him out, and then I’m going to jail,” Fineman’s Pelosi recalls, copying the real words Pelosi said during the aired segment.

Sherman’s Schumer responds: “Let me tell you, if Trump comes I’m gonna let him punch me in the face. I’ll go to the hospital. Free soup.”

“Is Mike Pence dead yet?” Johnson asked during his monologue, drawing a surprised reaction from the crowd.

Thompson concludes: “I want to thank my colleagues for throwing away their summers and in some cases their careers to serve on this committee.”

Later in the episode, Colin Jost and Michael Che also made jokes about the Jan 6 investigations and Trump’s response to being subpoenaed by the committee.

The duo, who co-anchor a news segment, also joked about Elon Musk, Kanye West, and New York congressional candidate Mike Itkis, who made a sex tape to boost his campaign.