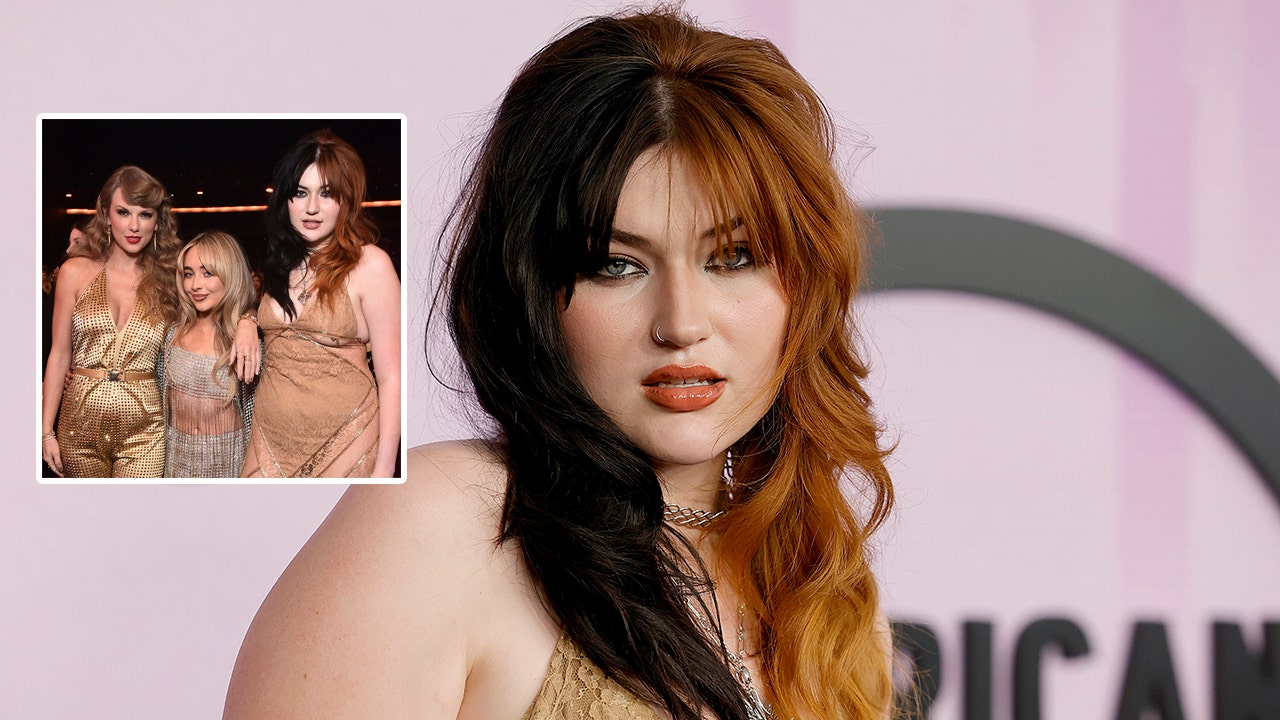 “Abcdefu” singer Gayle is one of the few individuals in the world without a Taylor Swift concert ticket … who can still get into her show.

“I don’t even have a ticket, they’re just letting me on the stage,” she told Fox News Digital at the American Music Awards.

The 18-year-old is hitting the road with Swift for her “Eras” tour, amidst the rampant ticket controversy involving Ticketmaster.

Gayle says she secured the gig after Swift heard her sing in September.

Gayle told Fox News Digital about how she secured the gig of opening for Taylor Swift on her upcoming “Eras Tour.”
(Frazer Harrison/)

The two singers met at the NSAI Awards, where Gayle was honored by the Nashville Songwriters Association in the 10 Songs I Wish I’d Written category.

“Taylor Swift was there … she was getting honored for artist/writer of the decade, as she should,” Gayle told Fox News Digital.

“She saw me play, and then some crazy things happened after that.”

Tickets went on sale last week for Swift’s upcoming “Eras Tour.” Fans were immediately outraged with the process of securing a coveted ticket. Millions waited in hours-long queues over a span of two days only to be shut out.

Ticketmaster issued a statement after the fact, writing, “We want to apologize to Taylor and all of her fans – especially those who had a terrible experience trying to purchase tickets.”

Gayle admitted she wasn’t privy to how the ticketing worked.

“I don’t know the system of anything. But I completely understand why so many people are wanting tickets to see the show. I would be exactly stressed out as well,” she said. “To me it’s very understandable why there’s issues, because nothing like this has happened when it comes to shows … I mean millions and millions of people want to see this show.”

Gayle, who credits Aretha Franklin, Julia Michaels, and Swift as some of her biggest music inspirations, resonates with the Swift fan base.

“I mean I would be struggling to buy tickets now too if I wasn’t gonna be on the stage,” she exclaimed.

Gayle continues to relish in the recognition she has earned, including a nomination for best new artist at the AMAs. Singer Dove Cameron took home the award.

Just last week, Gayle’s song “abcdefu” was nominated for song of the year at the Grammy Awards.