SEAN HANNITY: This is a national disgrace 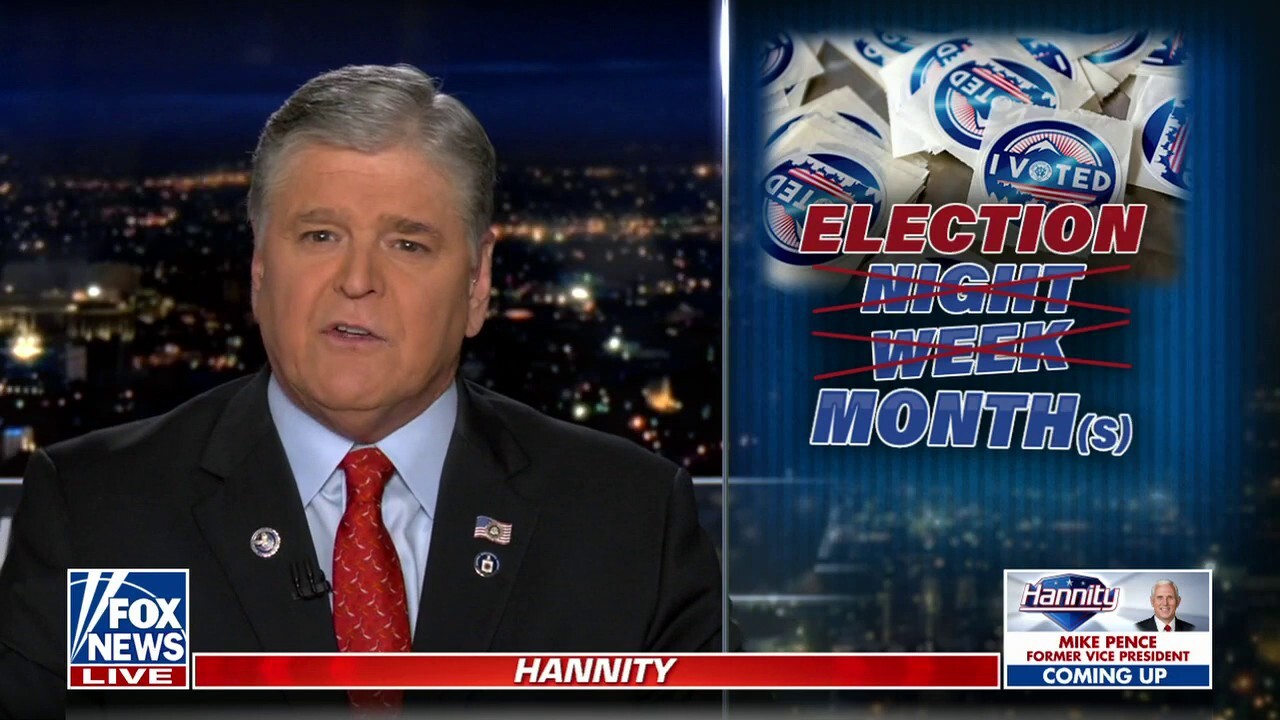 Fox News host Sean Hannity said there is a clear pathway to improve the election integrity process in the United States in his opening monologue on ‘Hannity.’

SEAN HANNITY: Again, here we are. Another election year unable to call more than a dozen key races. It is idiotic. It is unacceptable. Ask yourself, are you happy with what you’re witnessing in the state of Arizona, Nevada, Alaska and California? This is a national embarrassment. Many of the problems and delays stem from widespread mail-in voting, early voting. look at your screen, over half the country allows all this early voting five weeks before the election, including 50 days in Pennsylvania. No wonder why the trust fund brat waited till the last week of October after hundreds and hundreds of thousands of votes were already cast.

BALANCE OF POWER: WHERE DO THE UNCALLED HOUSE RACES STAND AS GOP NEARS MAJORITY?

Look at Nevada and California. All residents are mailed a ballot automatically without applying for one. What could possibly go wrong? In Arizona, I have no idea why it has taken so long to count every vote. In Alaska, we’ll be lucky to know before Thanksgiving. We’re the United States of America, is this the best we can do? Are you happy with this system? I don’t care if you’re a Democrat or a Republican. The system is broken. Trust is shattered.

Of course, there’s a clear pathway to improve the process. We sent people to the moon. They land, they walked around. They get back in their rocket ship and they head home. And they land safely. We can’t do better than what’s going on around the country? Why not make Election Day a national holiday? Why not make it where every one votes in person, paper ballots? No exceptions except for the elderly, the military, the people that are out of town. We can make those exceptions. You have partisan observers watching the voting and watch the count and chain of custody protocols will ensure integrity in every election. Confidence in every result.