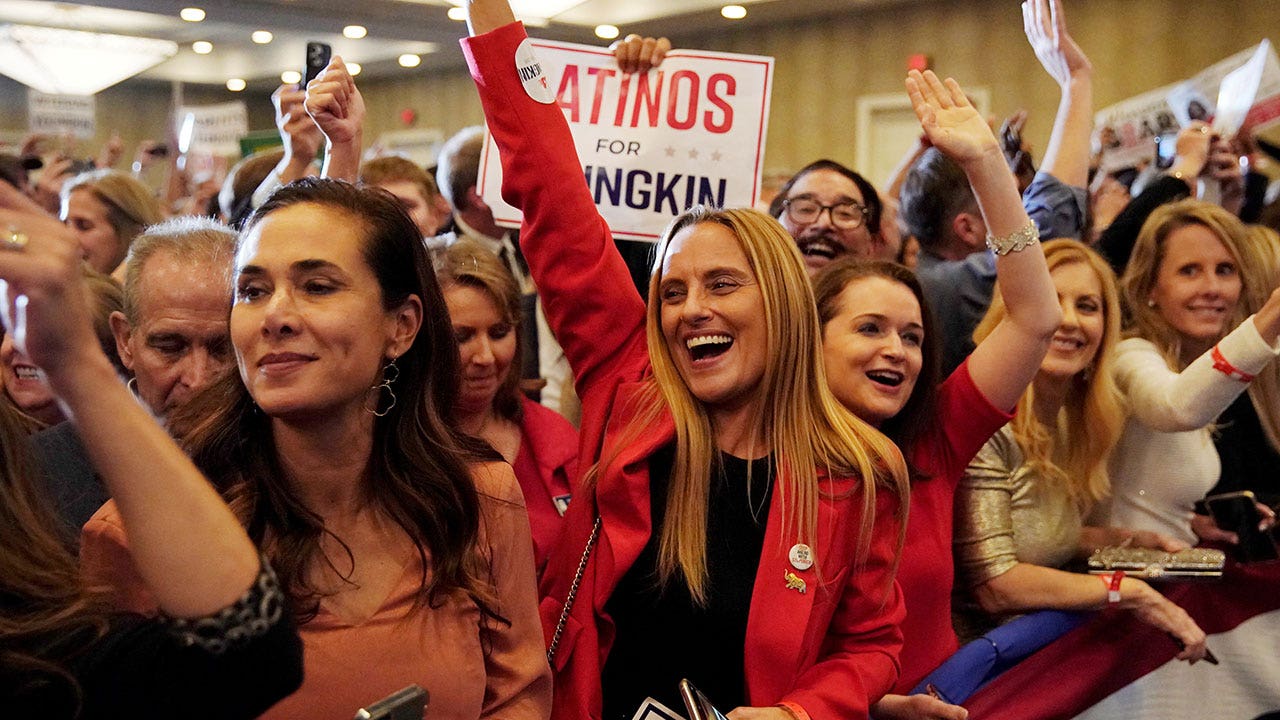 Republicans have made huge gains among Black and Latino voters since the 2018 and 2020 elections, according to new polling from the Wall Street Journal.

GOP candidates found just 8% support from Black voters in the 2018 midterm elections, and former President Donald Trump got the same 8% level of support in 2020. Among Latinos, Democrats enjoyed a 31% lead in support over Republicans in 2018 and a 28% lead in 2020. Today, however, 17% of Black voters say they support Republicans, and Democrats lead among Latinos has shrunk to just 5 points, according to WSJ.

The newfound support among U.S. minority groups is one reason Republicans are expected to take the House of Representatives on Election Day, if not the Senate as well.

Hispanic supporters of Glenn Youngkin react as Fox News declares him the winner in the Virginia governor’s race during an election night party at a hotel in Chantilly, Nov. 3, 2021.
(Reuters/Elizabeth Frantz TPX Images of the Day)

People cast their votes at a polling station at the Miami-Dade Government Center in Florida.
(Joe Raedle/Getty Images)

President Biden and the Democrats have pinned their midterm election hopes on abortion and paint Republicans as enemies of democracy, while Republicans have run campaigns on inflation, the economy and crime.

DEMS ONCE BELIEVED HISPANICS WERE KEY TO THE FUTURE. NOW, THEY’RE LEADING THE GOP TO MIDTERM VICTORY

House Minority Leader Kevin McCarthy, R-Calif., is confident Republicans will take back the House after four years of Democratic control on Tuesday. Polls agree with his assessment, though the size of Republicans’ likely majority remains cause for debate.

“The one thing you always have to remember is majorities are not given — they’re earned,” McCarthy told Fox News Digital last week. “We never take anything for granted, but I feel good because of the quality of the candidates we have running from Rhode Island to New Hampshire to Connecticut to Oregon to Washington to Arizona to California.”

“There is no place we can’t compete and that’s what is exciting,” he added.

Polling suggests the abortion issue and Jan. 6, though once dominant, have faded in importance to voters in the face of worsening economic issues.