Ravens' Lamar Jackson gets heated with offensive line vs Saints: 'We’re gonna do that sometimes' 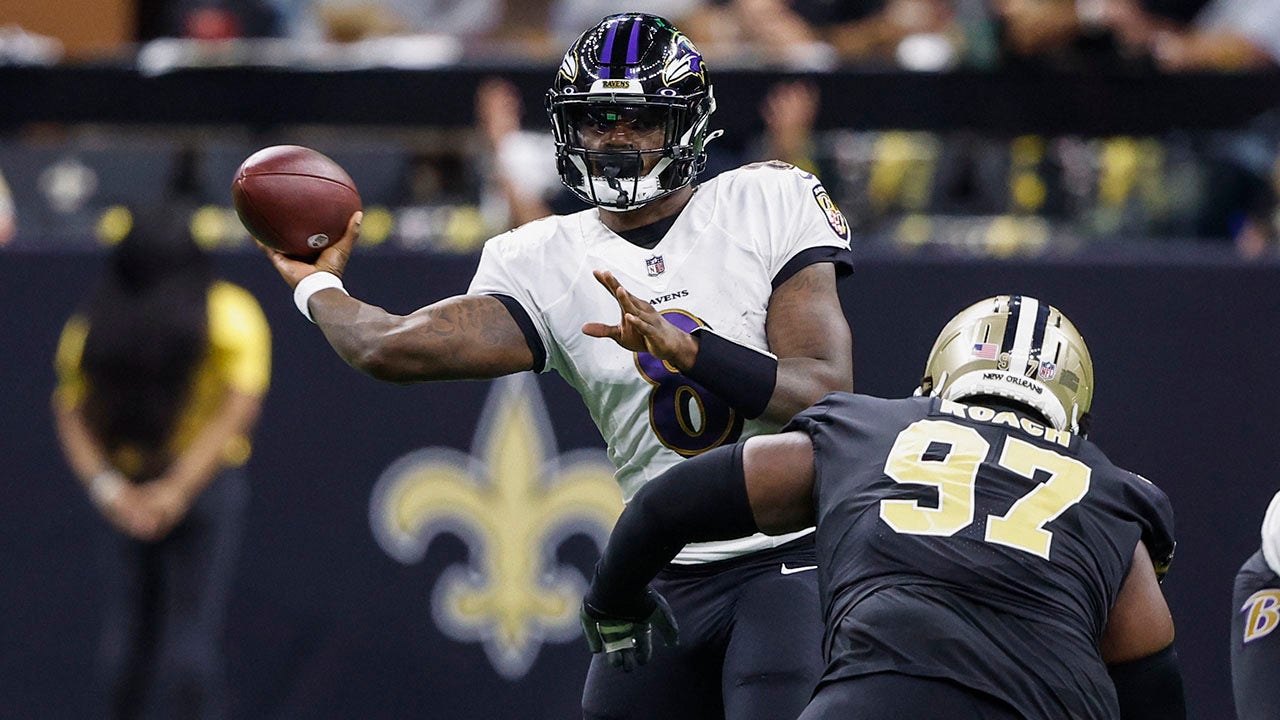 Baltimore Ravens quarterback Lamar Jackson was seen getting frustrated with offensive lineman Ronnie Stanley during the team’s 27-13 win against the New Orleans Saints on Monday night.

Jackson appeared to be frustrated with a delay of game call as he was trying to snap the ball. The Caesars Superdome is notoriously loud for Saints games, and it was messing with how the offense was operating. As the penalty was called, Jackson threw the football down in frustration.

The two fiery competitors had to be separated for a brief moment before getting back in the huddle.

“I wasn’t frustrated with my guys, not at all,” Jackson told ESPN’s Lisa Salters after the win. “I just wanted the ball to be snapped. It is what it is you know, we’re competitors. Ronnie got on me, but we’re brothers. We’re gonna do that sometimes.”

In the third quarter, Jackson got frustrated with himself for missing an open throw. He went to the sideline and threw his helmet toward the bench.

Baltimore improved to 6-3 with the win. He had 133 passing yards and a touchdown pass to go with 82 yards on the ground. Ten different Baltimore players had catches in the game. Nobody had more than two receptions.

Kenyan Drake scored a touchdown and Justin Houston had an interception.