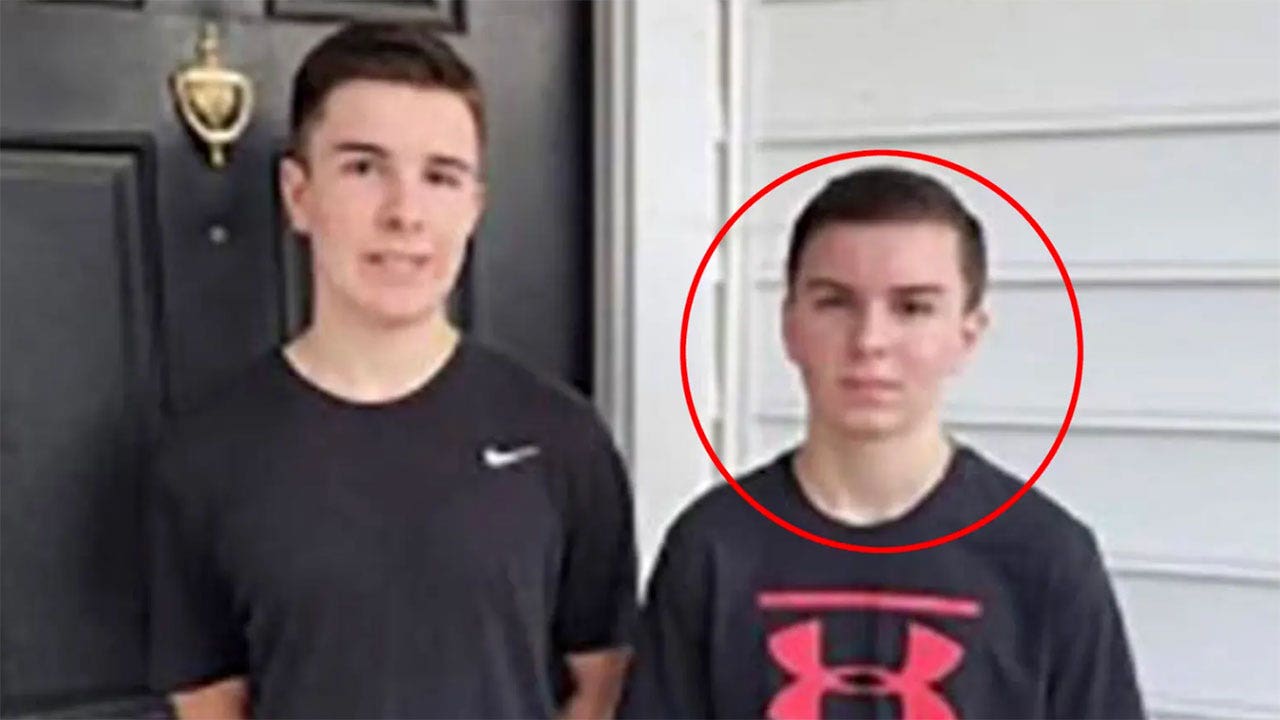 The Raleigh Police Department placed two of its officers on administrative leave after a 15-year-old allegedly killed five people on Oct. 13.

15-year-old Austin Thompson allegedly killed five people during a shooting in Raleigh’s Hedingham neighborhood, including his 16-year-old brother and an off-duty police officer who was on his way to work. Two others were also injured in the shooting.

Justin Thompson died after he suffered both “an apparent gunshot wound and stab wounds,” according to preliminary police report released on Thursday. Austin Thompson, the suspect, is in critical condition.

Police say a 15-year-old boy fatally shot at least two people in the streets of a neighborhood in North Carolina’s capital city, then fled toward a walking trail, where he opened fire, killing and wounding others.
(AP Photo/Chris Seward)

Off-duty police officer Gabriel Torres, 29; Nicole Connors, 52; Susan Karnatz, 49; and Mary Marshall, 35; are among the people who died in the shooting.

A second Raleigh police officer was also released from the hospital in the days following the shooting. Marcille Lynn Gardner, 59, is in critical condition after she was shot just days before turning 60.

Police said the initial 911 call regarding the shooting was placed at 5:09 p.m., followed by another at 5:14 p.m. regarding two people who were down after shots were fired.

The first three victims were Justin Thompson, Gardner and Connors. Police were later informed that Officer Torres was shot by a male wearing camouflage and in possession of a shotgun.

WHO IS THE RALEIGH MASS SHOOTING SUSPECT? EVERYTHING TO KNOW ABOUT AUSTIN THOMPSON

Police also said that a preliminary investigation reveals that besides his brother, no connection between the victims and the 15-year-old suspect existed besides living in the same neighborhood.

RALEIGH SHOOTING VICTIMS: WHAT WE KNOW ABOUT THE DECEASED IN TEENAGER’S DEADLY RAMPAGE

A Raleigh police officer allows a person to return home on Sahalee Way, which remains closed except for residents following a shooting in Raleigh, N.C., seen on Friday, Oct. 14, 2022.
(AP Photo/Chris Seward)

Officers fired a total of about 23 rounds in the direction of Thompson after responding to the area, but tactical officers didn’t enter one of the buildings until 9:34 p.m., when they found the 15-year-old suspect down with a single gunshot wound.

“At the time, he was wearing camouflage clothing and a backpack, and a handgun was in his waistband. The backpack contained various items, including several types of shotgun/rifle ammunition. A sheath for a large knife was found clipped to his belt, and a large hunting knife was found at the front of the outbuilding. A shotgun and shotgun shells were lying on the ground near him,” Patterson wrote in the report.

Thompson was placed in handcuffs by police officers by 9:36 p.m.

According to the report, the North Carolina State Bureau of Investigation is investigating the circumstances surrounding the two officers who allegedly exchanged shots with the 15-year-old.

Alan and Elise Thompson, the suspect’s parents, released a public statement on Tuesday, stating that they are “overcome with grief.”

“Words cannot begin to describe our anguish and sorrow,” the parents wrote in a statement obtained by the Associated Press. “Our son Austin inflicted immeasurable pain on the Raleigh community, and we are overcome with grief for the innocent lives lost.”

Alan and Elise Thompson said that they “have so many unanswered questions.”

Police are advising nearby residents to stay indoors.
(WRAL)

“There were never any indications or warning signs that Austin was capable of doing anything like this,” the Thompson’s wrote. “Our family will continue to cooperate fully with law enforcement officials and do whatever we can to help them understand why and how this happened.”

Raleigh Police Chief Estella D. Patterson said that the crime scene went on for “over 2 miles.”

Anyone with information about the shooting are being asked to call 919-996-1193.