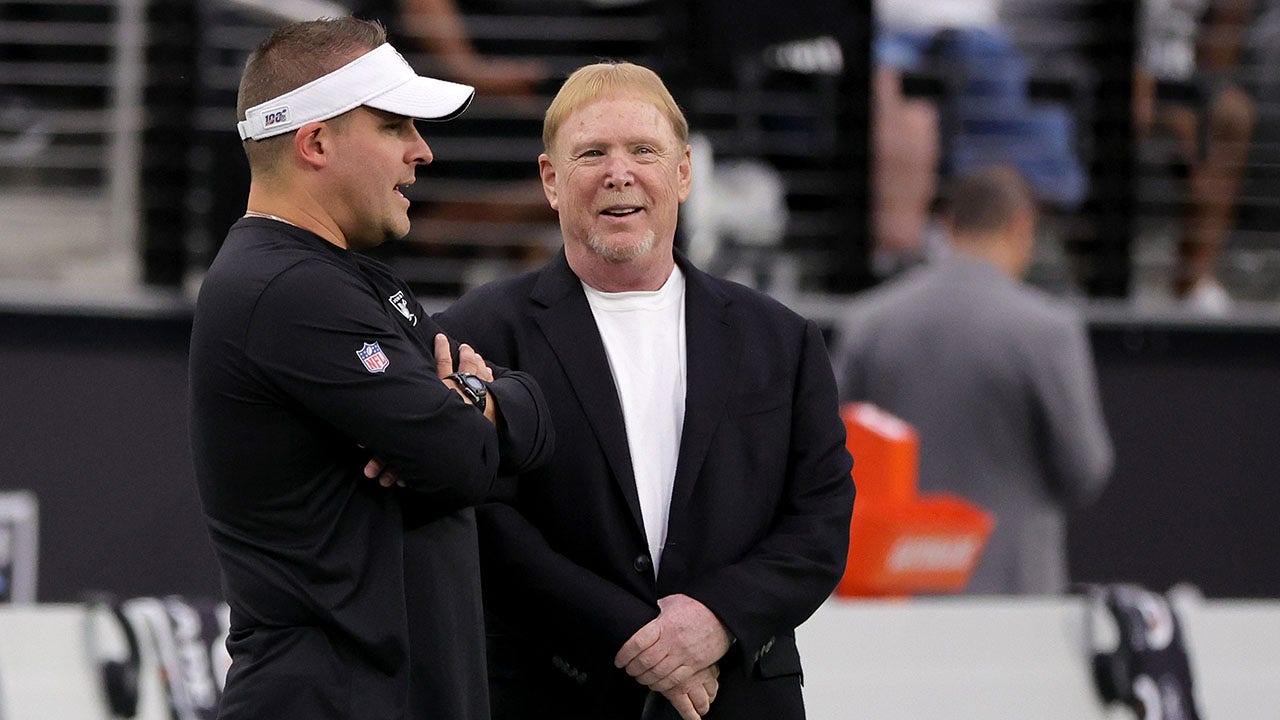 The Las Vegas Raiders’ offensive struggles were on full display during Sunday’s brutal 24-0 loss to the New Orleans Saints, but first-year head coach Josh McDaniels got assurance from owner Mark Davis that he isn’t going anywhere any time soon.

Sunday’s loss marked the first time the Raiders were shut out since 2014.

Alvin Kamara (41) of the New Orleans Saints celebrates a touchdown in the third quarter of a game against the Las Vegas Raiders at Caesars Superdome Oct. 30, 2022, in New Orleans.
(Sean Gardner/Getty Images)

Through eight weeks, Las Vegas sits at the bottom of the AFC West with a 2-5 record, prompting fans to call for McDaniels’ job less than halfway through his first season with the Raiders and in just his second stint as a head coach in the NFL.

COWBOYS GET DEFENSIVE LINE HELP VIA TRADE WITH RAIDERS

According to an ESPN report Sunday, owner Mark Davis met with McDaniels in his office for a “lengthy postgame meeting,” but Davis quickly put any speculation that he was moving on from McDaniels to rest the following day.

“Josh McDaniels is our head coach and will be for years to come,” Davis said, via the Las Vegas Review-Journal.

McDaniels had a successful run with the New England Patriots, for which he served as offensive coordinator and a quarterbacks coach from 2012-2021. Before that, McDaniel was the Denver Broncos’ head coach and was fired before the end of his second season after putting up a 3-9 record that year.

“It’s a long year. I believe we haven’t reached our best football yet,” McDaniels told reporters during a press conference Monday. “It’s going to take work and progress and improvement in order to do that. But, again, at this point in time, nobody’s really qualified for anything, and nobody’s been eliminated. And that’s common.

Head coach Josh McDaniels of the Las Vegas Raiders takes to the field before a game against the New Orleans Saints at Caesars Superdome Oct. 30, 2022, in New Orleans.
(Sean Gardner/Getty Images)

“Consistency is going to be what we’re going to try to push for. If we can do that and start playing our best football and start stringing together some wins, and you look up at the end of the year and a lot of things can happen. Certainly, that’s our goal. Our goals are still out there. We’re going to need to play better, coach better to earn them.”