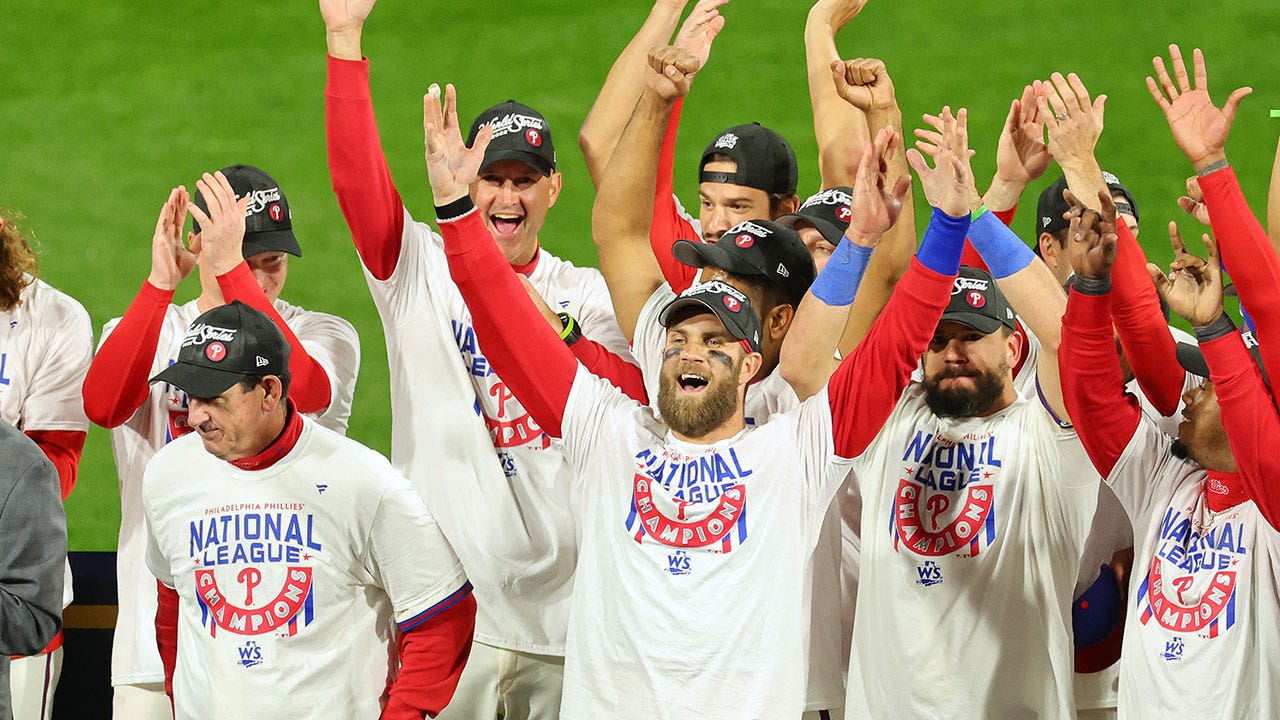 What do “We Are The Champions,” “All I Do Is Win,” “Don’t Stop Believin'” and “Dancing on My Own” all have in common? Apparently, they are all victory songs, according to the Philadelphia Phillies.

The Phillies have gone viral on social media for belting out a version of “Dancing on My Own” in the locker room after big wins. The song has become somewhat of an anthem for the team.

“There’s no deeper meaning or backstory to it, other than it’s an absolute banger and we love singing it in the locker room,” Phillies catcher Garrett Stubbs told MLB.com.

The Philadelphia Phillies have been playing the song “Dancing on My Own” after wins through the baseball season.
(Michael Reaves/Getty Images)

“After a win, we play ‘Dancing on My Own,’ ‘Cold Heart’ and a couple other ones. We’ve been playing those songs since the beginning of the season. They come on in order after wins, so everyone knows what songs are going to play and everyone knows the words to those songs,” he continued.

“Dancing on My Own,” which has now been played from the Phillies’ locker room to Rittenhouse Square, was originally sung by Robyn, but the song has been covered by many other artists over the years, and the version played by the Phillies is Calum Scott and Tiësto’s rendition.

The Phillies are headed to the 2022 World Series and will battle it out against the Houston Astros.
(Tim Nwachukwu/Getty Images)

“Dancing on My Own” has coasted the Phillies all the way to the 2022 World Series, where they will be playing the Houston Astros.

Ashlyn Messier is a writer for Fox News Digital.