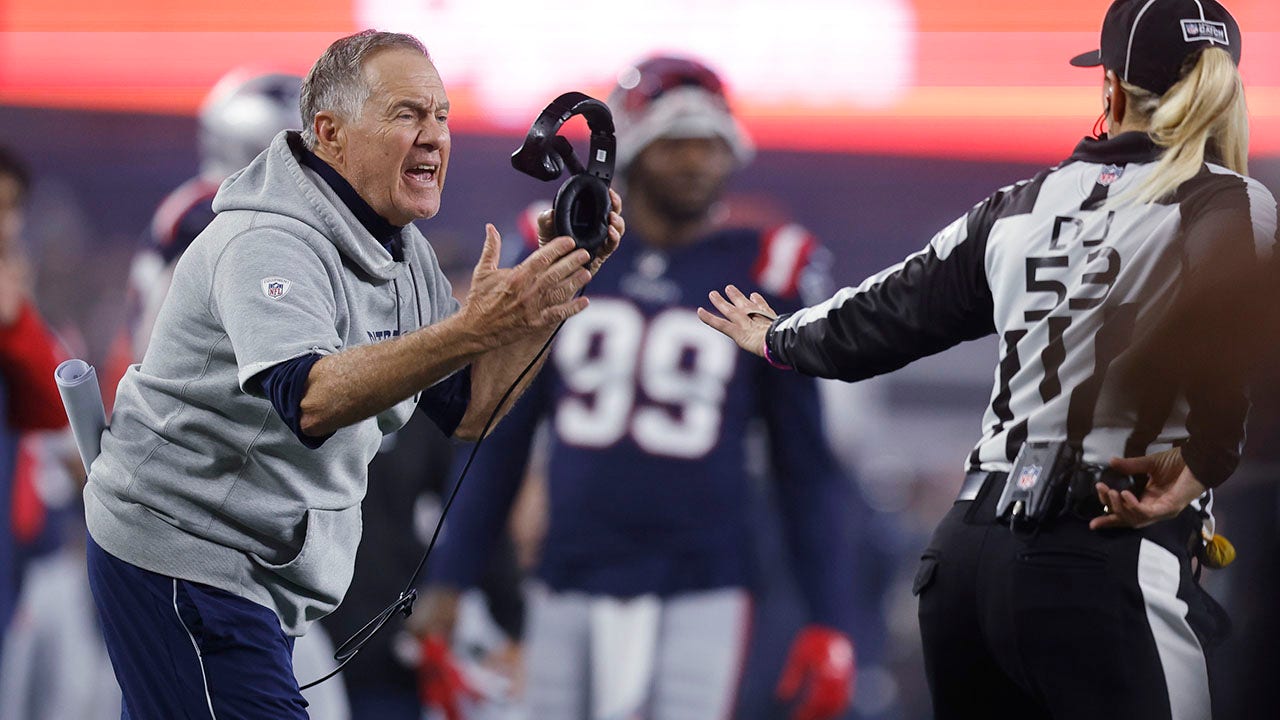 The New England Patriots used both Mac Jones and Bailey Zappe during their 33-14 loss to the Chicago Bears on Monday night.

Jones started the game after missing a few weeks with a high-ankle sprain but was taken out of the game after just three series with his last one ending with an interception. When Zappe came in for his first drive, he threw a touchdown pass to Jakobi Meyers.

Zappe would help give the Patriots the lead in the second quarter. He led New England on a three-play, 50-yard drive that ended with a Rhamondre Stevenson touchdown. The Patriots were up 14-10 but the Bears would come back behind 23 unanswered points.

Patriots coach Bill Belichick didn’t appear to be too interested about revealing his game plan when it came to playing Jones and Zappe. He said Jones’ health was a “factor” in why he played both quarterbacks but didn’t answer who would start Week 8 against the New York Jets.

“We just finished the game,” he said when asked about the starter.

He said Jones’ removal from the game wasn’t a medical decision and wasn’t related to the interception he threw. He said it wasn’t a benching either.

New England Patriots quarterback Mac Jones (10) stands on the sidelines on an offensive drive during the second half of an NFL football game against the Chicago Bears, Monday, Oct. 24, 2022, in Foxborough, Mass.
(AP Photo/Michael Dwyer)