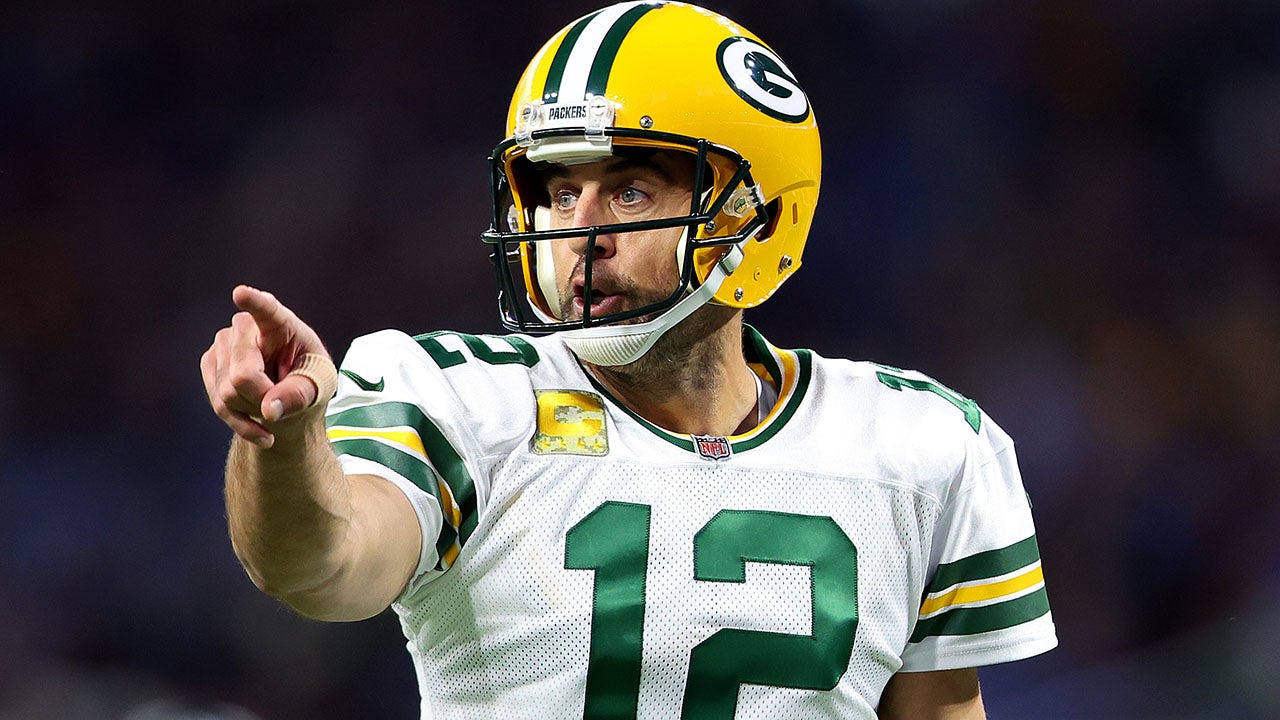 Aaron Rodgers struggled mightily against the Detroit Lions in the Green Bay Packers’ 15-6 loss on Sunday, but he still took the time to offer a subtle jab against the NFC North rival.

Rodgers was 23-for-43 with 291 passing yards, a touchdown pass and three interceptions. Two of the picks came in the red zone. Green Bay dropped its fifth consecutive game. After the game, Rodgers made the jab.

Green Bay Packers quarterback Aaron Rodgers, #12, warms up before a game between the Green Bay Packers and the Detroit Lions in Detroit on Sunday, Nov. 6, 2022
(Jorge Lemus/NurPhoto via Getty Images)

“We can’t lose a game like that against that team, though,” Rodgers said.

The two-time reigning MVP was asked whether he regretted not retiring.

“I think that’s an exaggeration,” he said. “Frustration and miserability (sic) are two different emotions. When I decided to come back it was all-in, and I don’t make decisions in hindsight.

Green Bay Packers quarterback Aaron Rodgers, #12, gestures before a play during an NFL football game between the Detroit Lions and the Green Bay Packers in Detroit on Sunday, Nov. 6, 2022.
(Amy Lemus/NurPhoto via Getty Images)

“So I was all-in, and this is a lot of life lessons for sure this year, but luckily it’s not over. There’s still a lot of games left. We’ll be counted out, probably, by many, and we’ll see how we respond.”

Rodgers’ touchdown pass was thrown to Allen Lazard. The wide receiver finished with four catches for 87 yards and a touchdown. The score came in the third quarter and cut the deficit to two points after a missed two-point attempt.

Aaron Rodgers, #12 of the Green Bay Packers, signals at the line of scrimmage against the Detroit Lions during the first half at Ford Field on Nov. 06, 2022 in Detroit.
(Rey Del Rio/Getty Images)

The Packers now have lost five in a row. Rodgers’ two red-zone interceptions was the first time he has done that in a game during his career, according to ESPN Stats & Info. It is also the first time Rodgers has led the Packers to five straight losses since 2008.