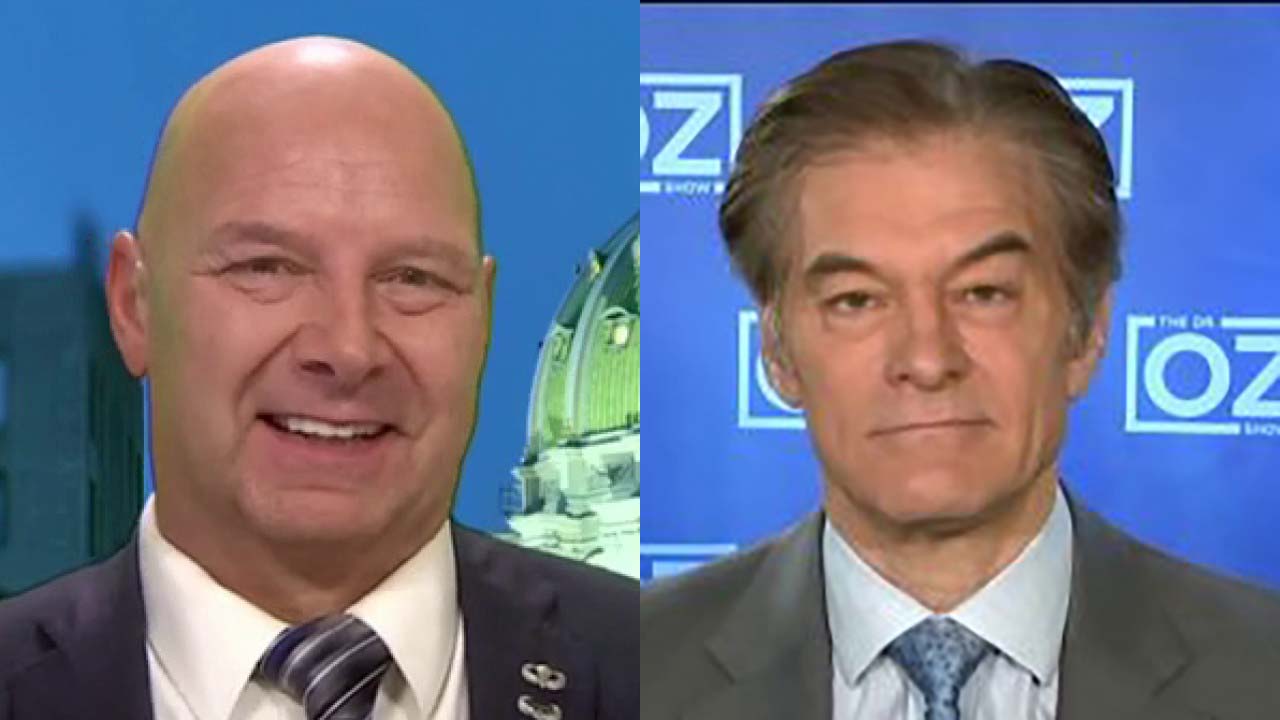 He accused Fetterman of failing to express compassion toward Pennsylvanians living in inner city environments where illegal drug use and crime are spiking. Oz cited recent visits to Kensington – a neighborhood in Northeast Philadelphia he called the nation’s “largest open air drug market.”

Oz pointed to Fetterman’s history of breaking with the state parole board, on which he sits, to express support for clemency for some violent criminals.

“Think of this: If a jury of your peers think that you murdered somebody and a judge sentences you to life in prison, they’re probably right. And so who are you to walk in there and say, I don’t care what you guys think.”

“He seems to care more about the criminals than the innocent,” Oz said, adding that voters he speaks with in historically Democratic Philadelphia are upset with that stance and feel they are “part of a social experiment” when it comes to soft-on-crime politics in the Commonwealth.

“And we’re farming homelessness, literally. Democratic policies have resulted in something that’s shameful. [Democrats] won’t go there. I go there because I want to show that Republicans care about everybody.”

“We’re on track for a record 600 homicides. I mean, the guy can’t do anything right. And then to make matters worse, instead of doing his job and protecting the people in their constitutional rights, he sued to keep kids in masks,” said Mastriano, who rose to prominence in the state senate as a chief critic of Shapiro, Gov. Tom Wolf and now-Biden Assistant Health Secretary Rachel Levine during the coronavirus pandemic.

The retired Army colonel said Wolf and Levine’s mandates shuttered businesses, and how Shapiro was part and parcel in regard to state lawsuits to keep them closed.

On the campaign trail, Shapiro has said that “this is an area where I think folks got it wrong,” regarding shutdowns, saying he opposes vaccine mandates in favor of “educat[ing] and empower[ing]” Pennsylvanians to make affirmative decisions in that regard.

On Fox News, Mastriano added that Philadelphia is specifically one of the 67 counties in focus for his campaign, as it has been under largely Democratic control since the 1950s.

“It’s time for a change and you’ve got nothing to lose,” the Chambersburg lawmaker said, addressing the state’s largest city.