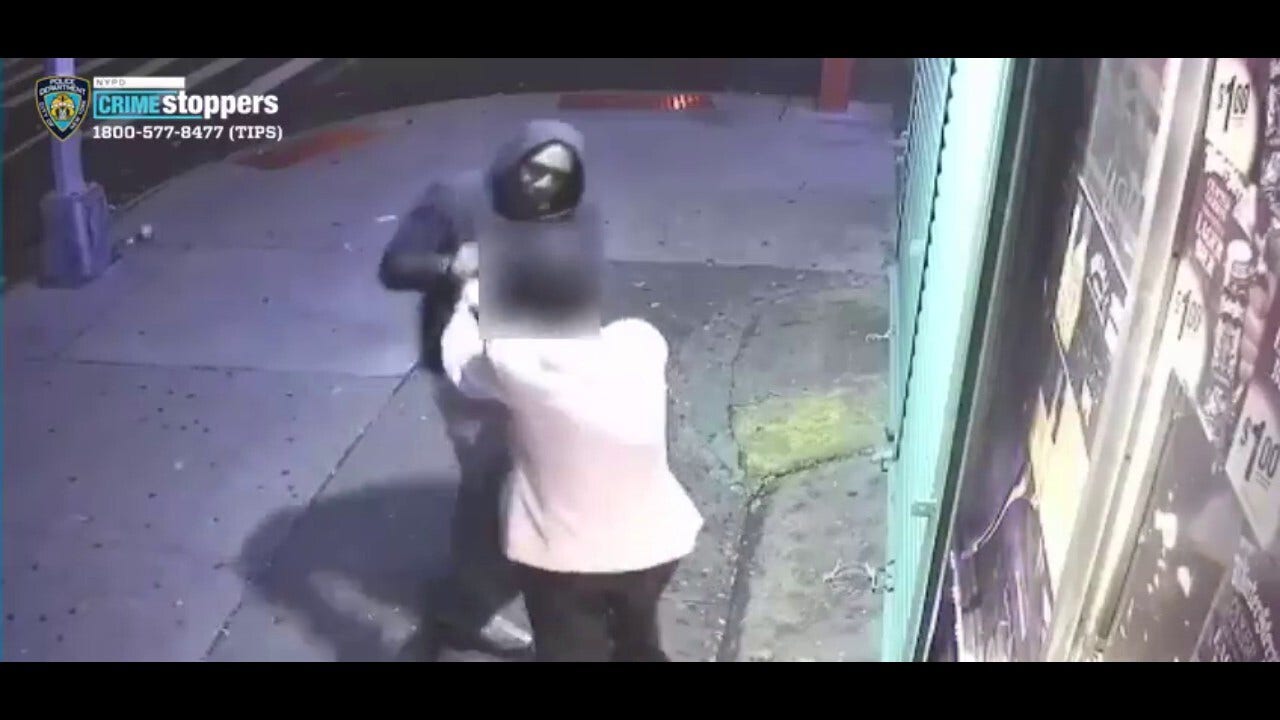 Police are looking for a New York City man who robbed an elderly woman in Brooklyn.

The New York Police Department is looking for a man who robbed an elderly New York City woman who is captured on video trying to give him money.

In a Sunday morning video shared by Crime Stoppers, an 82-year-old woman is seen extending her hand with cash at around 6 a.m. EDT when the suspect reaches forward with his left hand, appearing to accept the generous cash offer.

The woman reaches out toward the suspect
(NYPD Crime Stoppers/Twitter)

The man – who is wearing a black hoodie, gray sweatpants and tennis shoes – quickly reaches for the woman’s purse with his right hand, pulling hard at the money before running around the corner in the vicinity of Miller Avenue and New Lots Avenue.

The woman stumbles to the left of the sidewalk, toward the street, before falling down.

The woman and the man struggle
(NYPD Crime Stoppers/Twitter)

The NYPD told Fox News Digital in an emailed release that she was removed to Brookdale hospital in stable condition.

Anyone with information regarding the Brooklyn robbery is being asked to call 800-577-TIPS. All calls are strictly confidential.

The man flees around the corner
(NYPD Crime Stoppers/Twitter)

Alternatively, individuals can anonymously post a tip to http://crimestoppers.nypdonline.org.

There is a reward of up to $3,500 for information about the crime.

Julia Musto is a reporter for Fox News and Fox Business Digital.