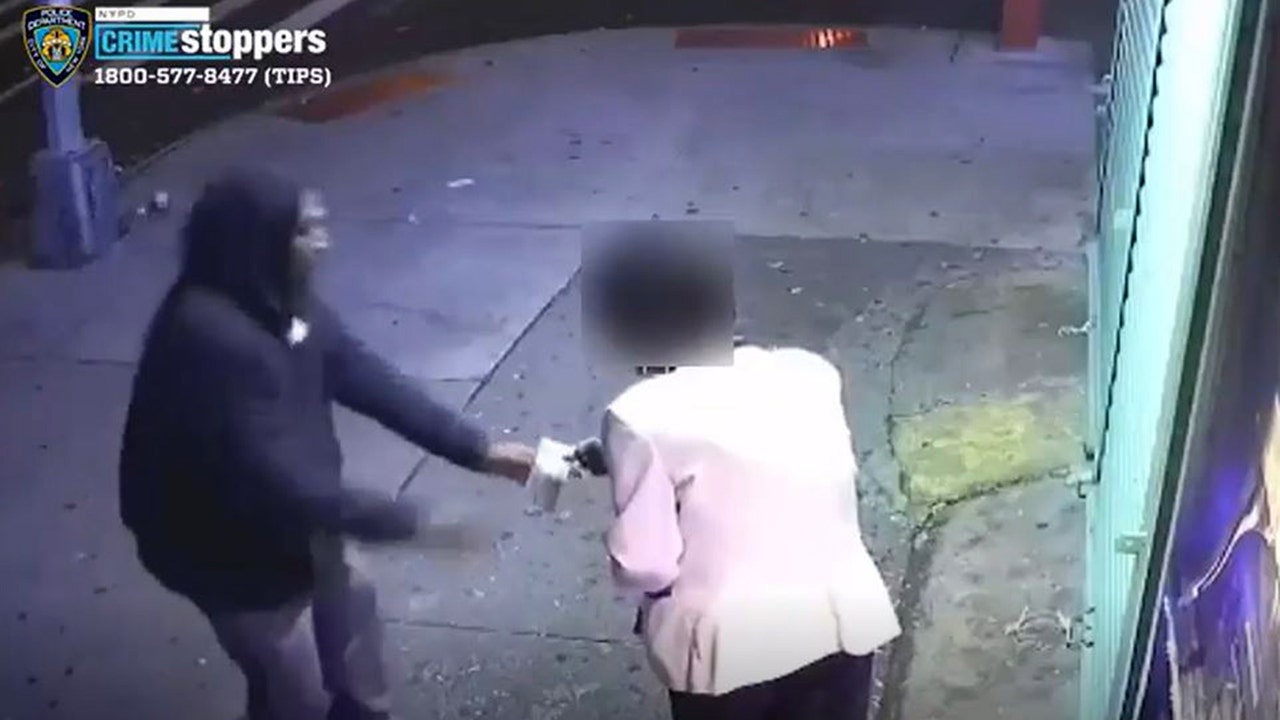 Police in New York City are looking for a man who took more than just the money an elderly woman was trying to give him.

A video released by NYPD Crime Stoppers shows what happened around 6 a.m. Sunday in the area of Miller and New Lots avenues.

“The suspect forcibly removed the purse from an 82-year-old victim,” police said in a tweet.

The woman appears to stumble to the ground as the suspect runs away.

The suspect is wanted for robbery. Police are offering a reward of up to $3,500 for information leading to an arrest.

Suspect takes off running, elderly victim appears to stumble to the ground after her purse was snatched.
( NYPD Crime Stoppers)

Pilar Arias is a multimedia journalist with more than 10 years of experience in broadcast, digital and print production. She covers a wide variety of topics. @PilarFOXNews.