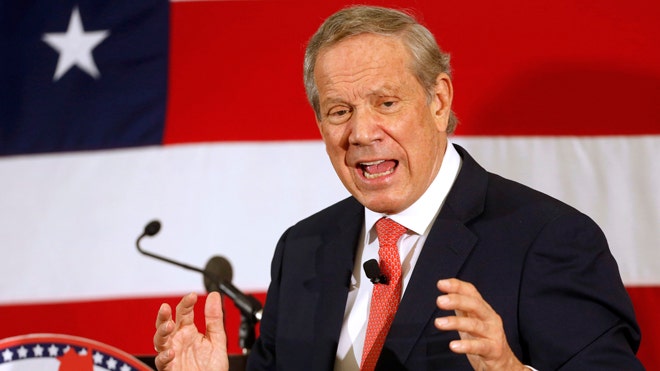 Former New York Republican Gov. George Pataki saw his tenure in Albany bookended by high-profile Democrats Mario Cuomo and Eliot Spitzer. But the last Republican to hold the state’s top office told Fox News on Wednesday there is a good chance Rep. Lee Zeldin of Long Island can buck that trend as he did when he defeated the three-term Cuomo in 1994.

Polls indicate Zeldin is closing the gap with Gov. Kathy Hochul, who succeeded Mario Cuomo’s disgraced son Andrew, with New York’s gubernatorial election less than three weeks away. Hochul has been heavily criticized for her handling of New York’s crime crisis and support for lax criminal justice laws and appears to be losing the confidence of voters.

“We have a real horse race for governor in New York,” Pataki told “The Story” on Wednesday. “A month ago, I wouldn’t have said that. But… every day there is crime after crime after crime committed in this city and across the state. And the public basically has had it, too.”

Pataki noted Democrats hold a 1.5 million voter advantage over the GOP statewide, given that the nation’s largest city’s Democratic bent outweighs the hundreds of square miles of rural, conservative precincts in the Southern Tier and North Country.

Zeldin, he said, appears poised to at least substantially chip into that advantage, as the latest Quinnipiac University poll showed Hochul leading the congressman by only four points.

Pinion would become the first Black senator in New York history if he defeats Schumer.

“It’s not easy,” Pataki said. “But I’m out there listening to people and across party lines. Crime is an issue that is foremost in everybody’s mind, and it’s the reason Zeldin has a real chance.”

Zeldin himself has been victimized by the state’s crime wave. Speaking near Rochester earlier this year, a man with a pointed object jumped on stage and tried to strike him. More recently, an unrelated shooting occurred outside his home in Shirley, where two victims were found at his porch and in his bushes.

“So crime is the main issue — Lee Zeldin is soaring in the polls. We have a horse race, and it’s going to be exciting to see.”