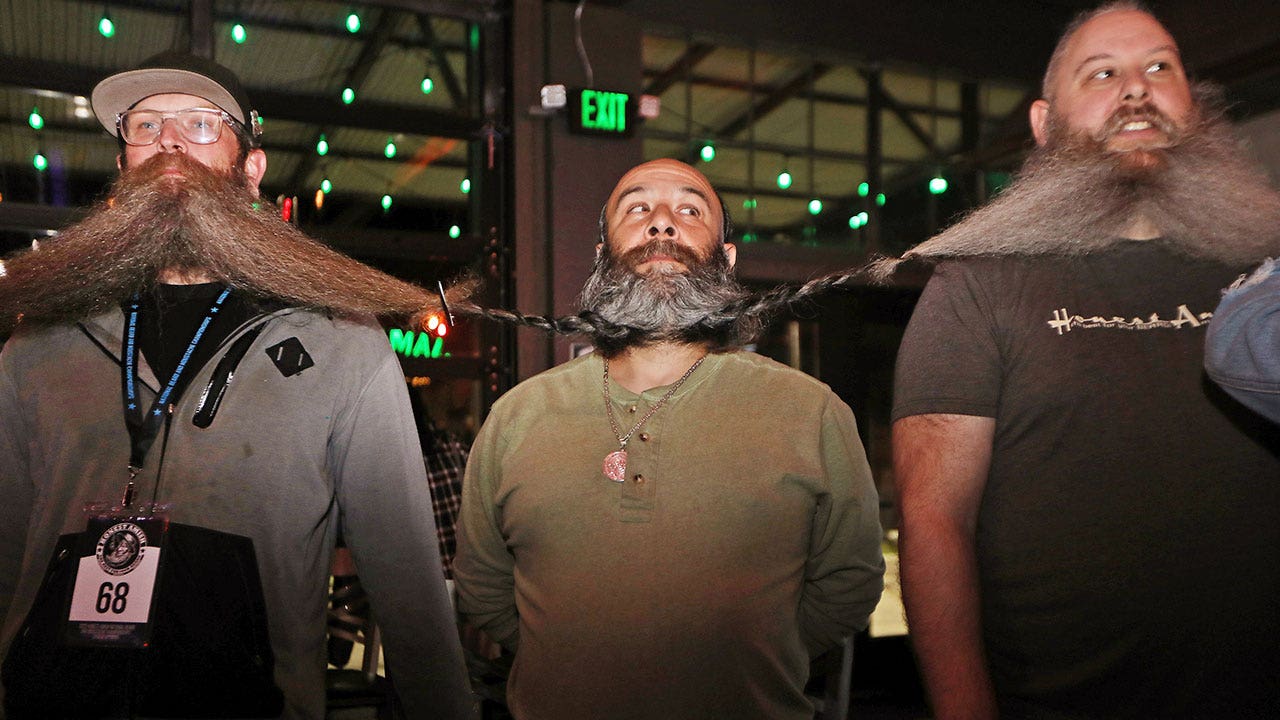 Facial hair enthusiasts claimed to have set a new world record for longest beard chain during an event in Wyoming on Friday, the Casper Star-Tribune reports.

Participants gathered at Gaslight Social, a bar in Casper, where they stood side by side and clipped their beards together to create a hairy chain that was measured at 150 feet long, according to the newspaper. That’s more than double the Guinness World Record of 62 feet, 6 inches, set in Germany in 2007.

HOW MANY TIMES A WEEK SHOULD YOU WASH YOUR HAIR? IT DEPENDS, EXPERTS SAY

Men stand alongside each other with their beards clipped together in an attempt to break the world’s longest beard chain in the Guinness Book of World Records on Nov. 11, 2022, in Wyoming.
(Lauren Miller/The Casper Star-Tribune via AP)

To participate, people needed to sport a beard at least 8 inches long, according to the Star-Tribune.

The event occurred on the sidelines of the National Beard and Moustache Championships, which took place Saturday at the city’s Ford Wyoming Center.