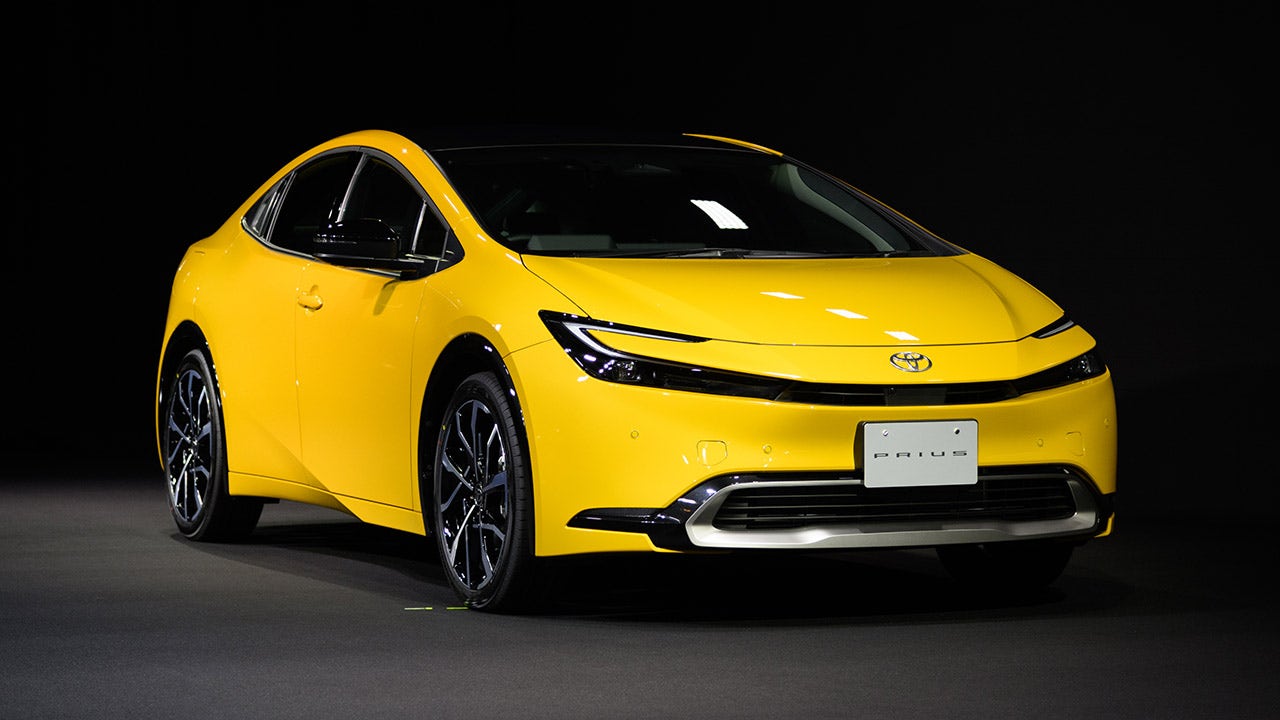 The fifth generation of Toyota’s iconic hybrid has been revealed at an event ahead of the Los Angeles Auto Show.

The four-door hatchback was redesigned for 2023 with a new look and more power than ever before.

The Prius features the sleekest style ever seen on the model and slim, boomerang-shaped headlights.

THE 2022 TOYOTA TUNDRA IS THE SAFEST FULL-SIZE PICKUP

The Prius was revealed in Japan ahead of the U.S. event.
(Akio Kon/Bloomberg via Getty Images)

It 2.0-liter, four-cylinder engine-based hybrid system is rated at 194 horsepower in front-wheel-drive models, which is 73 more than the current model.

The Prius is expected to be rated at 57 mpg.
(Toyota)

It can accelerate to 60 mph in 7.2 seconds, down from 9.8 seconds, and it has an estimated combined fuel economy rating of 57 mpg.

An all-wheel-drive model will be available.
(Toyota)

An all-wheel-drive version can do the same sprint in 7.0 seconds thanks to its improved traction and two extra horsepower.

The 2023 Prius Prime plug-in hybrid will have an all-electric driving range more than 50% longer than the current model’s 25-mile range.
(Toyota)

The Prius will also continue to be offered in the plug-in hybrid Prime trim, which gets a 99 hp boost to 220 hp and can hit 60 mph in 6.6 seconds.

Toyota said it will be able to drive in all-electric mode more than 50% farther than the current car’s 25-mile range but didn’t offer an exact number.

Both versions come standard with a full suite of electronic driver aids, including lane centering adaptive cruise control, while the Prime adds a traffic-jam assist feature with hands-free stop-and-go capability under 25 mph.

Prices and the exact start date for deliveries for the 2023 cars will be announced later this year.