Michigan's Jim Harbaugh has beef with Penn State's James Franklin: 'I have bigger fish to fry' 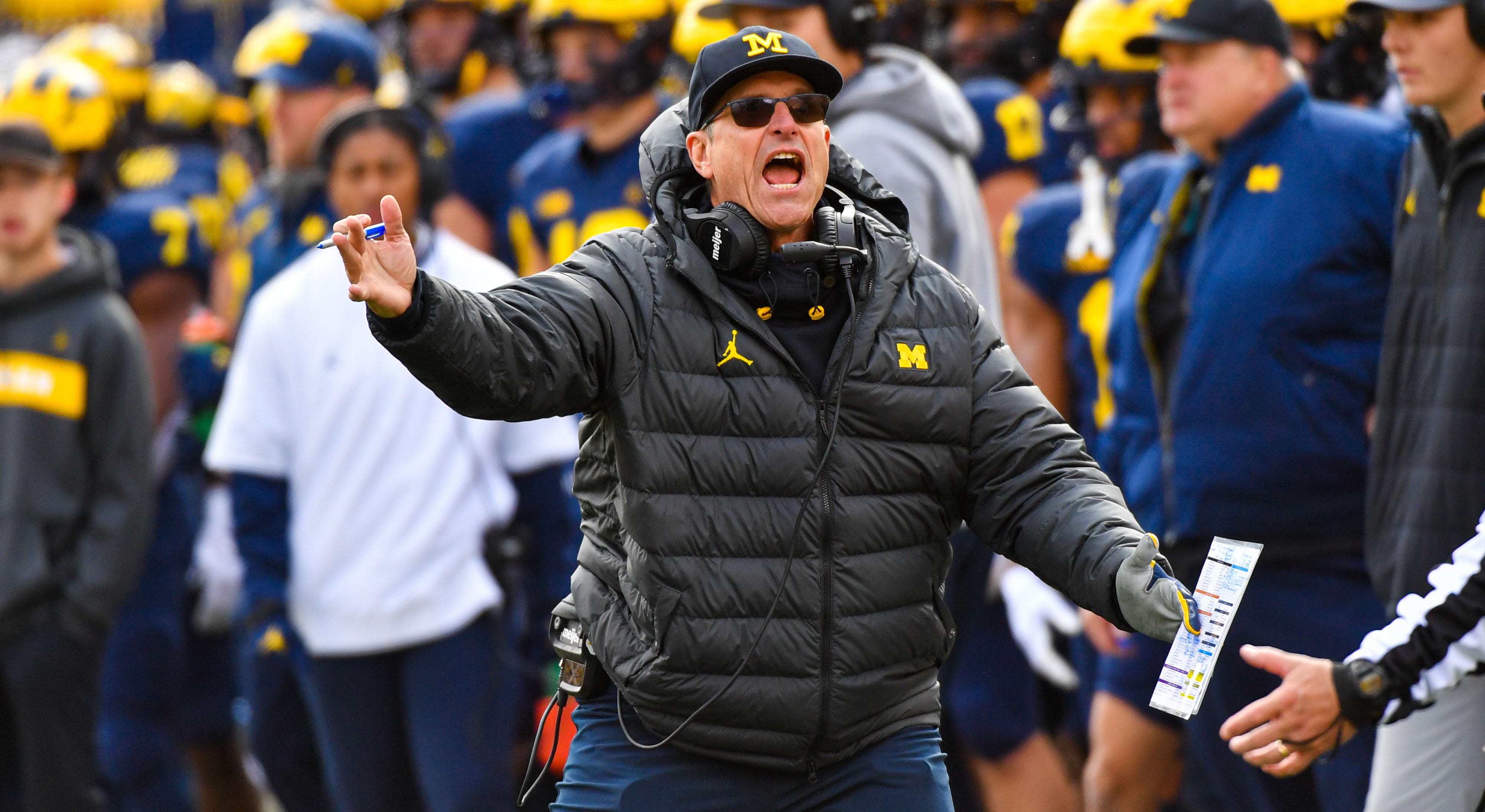 Michigan Wolverines football head coach Jim Harbaugh responded to comments from Penn State head coach James Franklin about Michigan Stadium’s design that he believes is designed for teams to get into fights in a certain tunnel leading to locker rooms.

Franklin’s Nittany Lions went to “The Big House” in Ann Arbor on Oct. 15, and was dominated in the second half, leading to a Wolverines’ 41-17 win. But, during halftime, both teams met in that tunnel he was talking about and got into a screaming match.

“The one tunnel is a problem and has been,” Franklin said last Tuesday via The Athletic. “We’re not the first team to get into a jawing match in the tunnel.”

Head coach James Franklin of the Penn State Nittany Lions looks on during the second half of a game against the Michigan Wolverines at Michigan Stadium on October 15, 2022 in Ann Arbor, Michigan.
(Mike Mulholland/Getty Images)

Harbaugh snapped back at Franklin in comments made to The Athletic on Monday, saying it was Franklin that began the confrontation to begin with.

“All they’ve got to do is walk into their locker room,” Harbaugh explained. “You saw pretty clearly that they completely stopped and weren’t letting us get up the tunnel. It seemed like such a sophomoric ploy to try to keep us out of our locker room. It looked like [Franklin] was the ringleader of the whole thing.”

Harbaugh served Franklin’s squad, a Big Ten foe, their first loss of the season as the Wolverines were the No. 5 team in the country facing the No. 10 Nittany Lions.

Head Football Coach Jim Harbaugh of the Michigan Wolverines is seen on the sideline during the first half of a college football game against the Penn State Nittany Lions at Michigan Stadium on October 15, 2022 in Ann Arbor, Michigan.
(Aaron J. Thornton/Getty Images)

Because of their position as one of the top teams in the country, Harbaugh brushed things off in the end.

“I have bigger fish to fry than worry about that kind of whining,” he said.

NO. 5 MICHIGAN RUNS ALL OVER BIG 10 RIVAL NO. 10 PENN STATE IN DOMINATING WIN

The Wolverines used their running game to own the Nittany Lions, with running backs Donovan Edwards and Blake Corum each having two touchdowns in this game and well over 100 yards rushing. Edwards had 173 yards on just 16 carries, and Corum had 166 yards on 28 touches.

Outscoring Penn State 25-3 in the second half, Michigan won their seventh game of the season, remaining undefeated. They moved to the No. 4 team in the country behind Georgia, Ohio State and Tennessee. Penn State moved to No. 13.