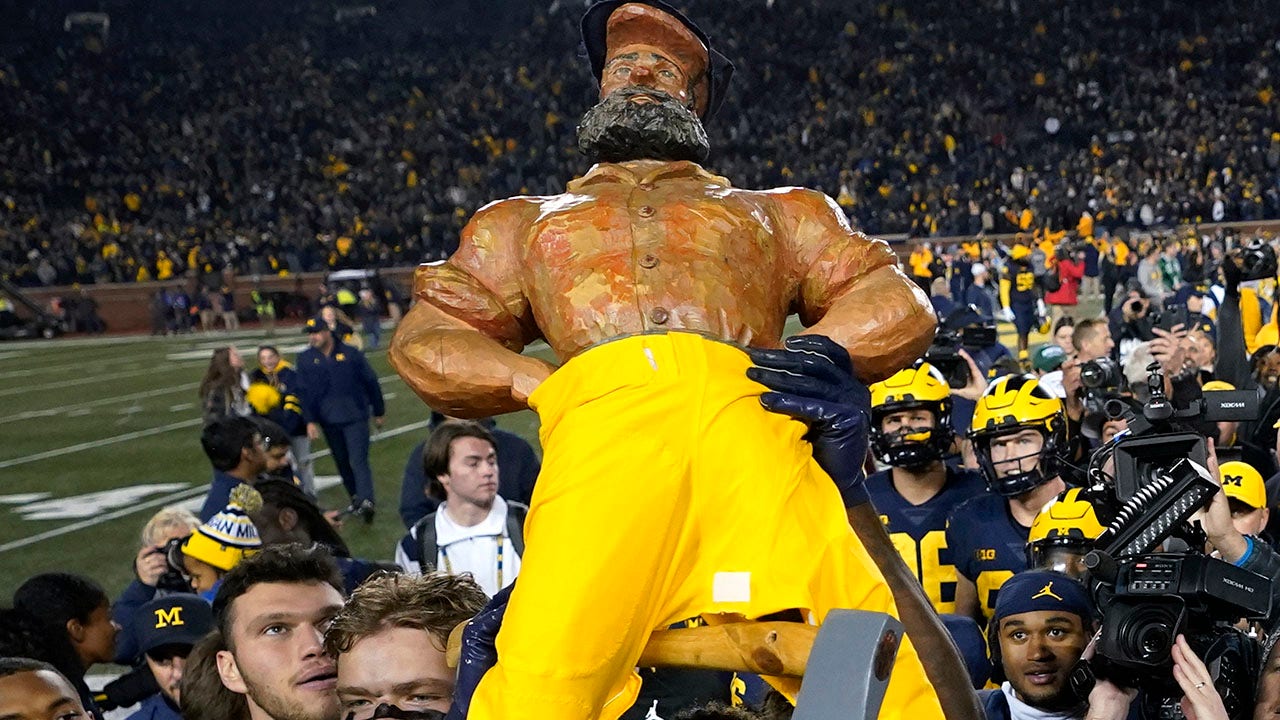 Michigan and Michigan State’s long-standing rivalry boiled over Saturday night following the Wolverines’ 29-7 victory at The Big House – and it got ugly fast.

Spartans players appeared to rough up Wolverines defensive back Ja’Den McBurrows in the tunnel. Videos posted to social media appeared to show at least three Michigan State players pushing, punching and kicking McBurrows in and near a hallway that does not lead to either locker room.

A person near the scuffle could be heard saying, “What is going on?”

There didn’t appear to be any other Michigan players near McBurrows when the incident occurred.

Michigan coach Jim Harbaugh said a second player, who wasn’t identified, was also attacked and one was injured and might have a broken nose.

“Two of our players were assaulted,” Harbaugh said. “I saw on the one video. Ten on one. It was pretty bad. It needs to be investigated.”

“Situations like these, and the safety of the community, are taken very seriously,” Overton said.

MICHIGAN’S JIM HARBAUGH HAS BEEF WITH PENN STATE’S JAMES FRANKLIN: ‘I HAVE BIGGER FISH TO FRY’

Another video showed a fan touching Michigan State coach Mel Tucker on the top of the head. Tucker then took a swipe at the fan.

“I know it was a heated game,” Tucker said of the tunnel incident. “We were trying to get our guys in the locker room. We’ll have to see what happened.”

Tucker added more in tweets Sunday: “As Spartans our program has a responsibility to uphold the highest level of sportsmanship. While emotions were very high at the conclusion of our rivalry game at Michigan Stadium, there is no excuse for behavior that puts our team or our opponents at risk.

“In complete cooperation with law enforcement, the Big Ten Conference and MSU and UM leadership, we will evaluate the events in Ann Arbor and take swift and appropriate action.”