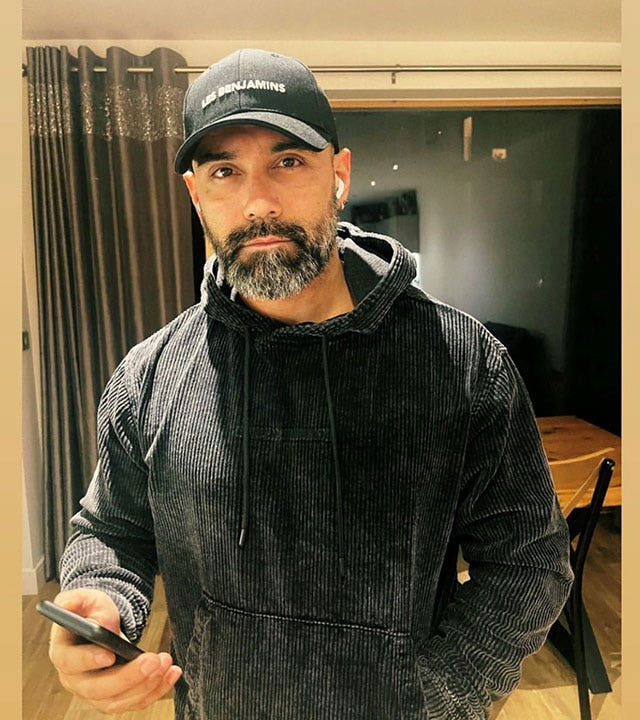 Essex police in the United Kingdom announced the arrest of a fourth man suspected of murder on Monday after the body was located in the Essex woodlands over the weekend. According to Enfield Metropolitan Police, the DJ was pronounced dead at the scene.

Det. Chief Inspector Kate Kieran of Specialist Crime said investigators believe that Apergin and a 33-year-old woman were kidnapped and forced into a white van outside their home address in Ebony Crescent, Enfield, around 10:30 p.m. on Thursday.

Police said they received a report at 1:51 p.m. Friday that the pair were missing from the address and had not been seen since the night before.

IRANIAN CLIMBER ELNAZ REKABI, WHO COMPETED WITHOUT HIJAB, HAULED BACK TO ISLAMIC REPUBLIC FOR ARREST: REPORT

A fourth man has been arrested on suspicion of murder after the body of Koray Apergin, 43, was found in Essex woodland on Saturday.
(Enfield MPS)

“I would appeal to anyone who was in that area at the time, who may have seen anything, no matter how small, to contact police immediately,” Kieran said. “I urge people to check doorbell camera or dash cam footage – you may have captured something that could prove crucial to our investigation.”

The victim’s friend and colleague, Altan Akturk, wrote on social media that Apergin and the woman, identified as the DJ’s girlfriend, had gone missing, according to The Sun.

The woman, who remains unnamed at the time of this report, has since been located and “is physically unharmed,” Enfield Metropolitan Police said.

“This is an extremely fast-paced and complex investigation that involves numerous crime scenes,” Kieran said in a statement on Monday. “Although our investigation is still at a very early stage, I am working on the hypothesis that Koray’s kidnappers were possibly known to him, and this was not a random attack.”

“I can assure residents in Enfield and Essex that we are doing absolutely everything we can to understand the chain of events here, and bring to justice those responsible,” the chief inspector added.

The Turkish Police Association said it will continue “supporting the investigation and will continue engagement with the Turkish, Turkish Cypriot and Kurdish community.”

“Our thoughts and prayers remain with Koray, his family & loved one during this difficult time,” the association tweeted.

Danielle Wallace is a reporter for Fox News Digital covering politics, crime, police and more. Story tips can be sent to danielle.wallace@fox.com and on Twitter: @danimwallace.