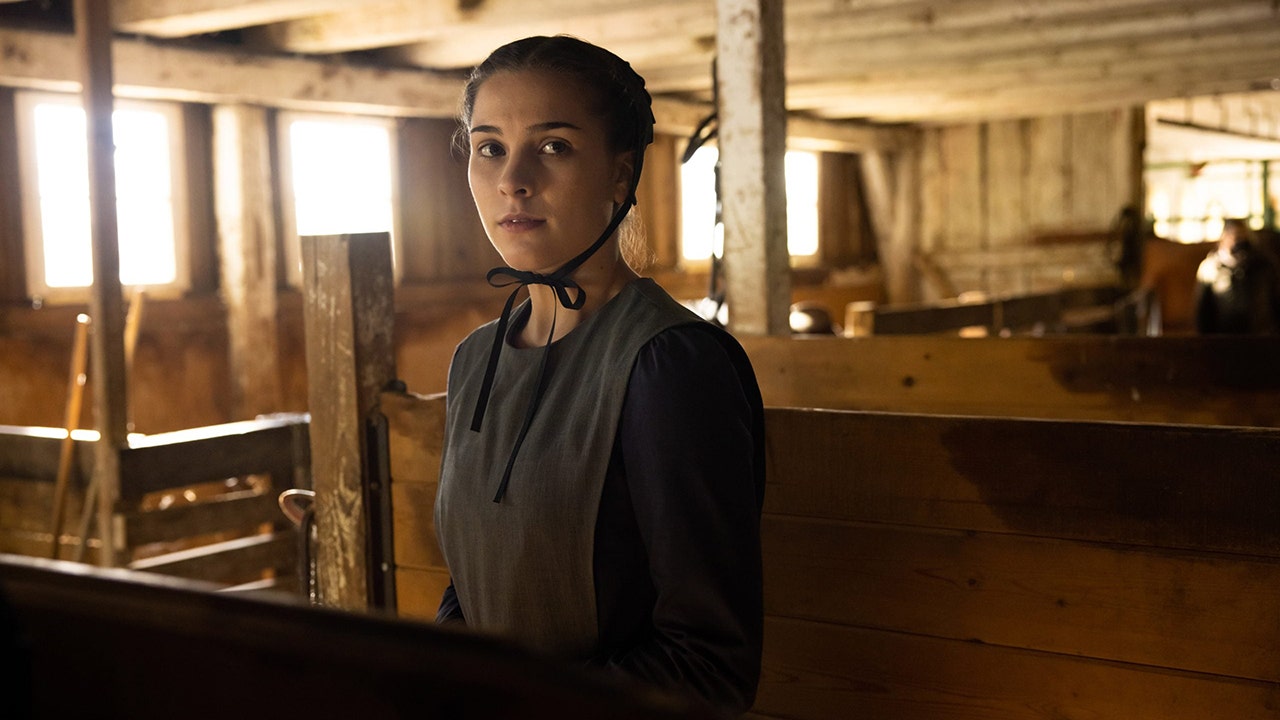 Joanna Yoder is hopeful that a new Lifetime film will raise awareness on a case she’s been attempting to spotlight for years.

On Saturday, the network is airing a scripted drama titled “An Amish Sin,” a film in which she served as a consultant. The movie, inspired by true stories, tells the story of an Amish teen who refuses to marry the man who abused her as a child. She goes to escape her insular community and makes her way to a neighboring city. The film stars Dylan Ratzlaff, Kellie Martin and Rukiya Bernard.

“I grew up Mennonite, which is very similar to the Amish,” Yoder explained to Fox News Digital. “… I was 48 years old when I finally got the courage to go to law enforcement and report the crimes that had happened to me when I was a child. It took me years to get to a place where I felt like I was able to do that. I just wasn’t ready or able [to do it before]. It took me a while to heal from my trauma and the things that had happened. But now, I feel like I have a voice. So I wanted to share my story in hopes of raising awareness.”

Lifetime’s “An Amish Sin” was inspired by true events. Joanna Yoder, who previously spoke out about her past, served as a consultant for the film.
(Lifetime)

Yoder’s story was part of a Pulitzer Prize-winning 2019 series in the Pittsburgh Post-Gazette that uncovered an unprecedented investigation of child sexual abuse within the Amish and Mennonite communities. Yoder, who grew up in a separatist Mennonite community, alleged that three relatives abused her when she was a child.

“It made me angry,” she tearfully recalled. “I resented them. I would usually run or hide, and find ways to avoid them. As I grew older, I just learned how to evade them, or at least tried to.”

Yoder said she left her family in 1992 when she was 21 years old, though she didn’t leave the Mennonite community until 2000.

“[Looking back], I had wanted to leave,” the 51-year-old shared, “but I was sheltered and did not realize that I could have left at the age of 18. I didn’t know that I was a legal adult at the age of 18. I thought I was a legal adult at 21. I was afraid that if I tried to leave, I would be forced to come back…. I didn’t know how, but I knew I was leaving. I made arrangements with my brother who was going to Pennsylvania. He was older than I was… So I caught a ride with him and moved to Pennsylvania. I didn’t have a job or a car. I had less than $100 in my pocket with just an eighth-grade education… I had to start my life over because the Mennonite community is all I knew. I thought that if I left, God would strike me dead… I really believed that.”

Dylan Ratzlaff stars as Rachel in the scripted drama “An Amish Sin.”
(Lifetime)

“I didn’t leave in the middle of the night,” she continued. “I told [my parents], ‘I’m leaving.’ They knew as an adult, they couldn’t force me to stay legally.”

Yoder said after leaving home, she started therapy to address her past. It wouldn’t be until April 2019 when the then-48-year-old traveled down south to meet with law enforcement.

The Post-Gazette reported that Yoder made formal reports to police in Tennessee and Kentucky, her home counties, where she described years of abuse. She hoped to raise awareness of the issue of sexual abuse in more isolated communities, such as hers.

“I first had to learn that all the things that happened to me weren’t normal, and it wasn’t my fault,” she shared. “But it wasn’t overnight.”

Joanna Yoder said helping to make “An Amish Sin” has been therapeutic for her.
(Lifetime)

Yoder said that by the time she reported the crimes in Tennessee, nothing could be done due to the statute of limitations. While there are no statute of limitations in Kentucky, she alleged her case was closed recently. Commonwealth attorney Jesse Stockton didn’t immediately respond to Fox News Digital’s request for comment.

Pilgrim Ministry also didn’t immediately respond to Fox News Digital’s request for comment. Mennonite Church USA, the largest Mennonite denomination in the U.S., published an in-depth report on sexual abuse response and prevention, describing how it is addressing allegations of abuse. The church’s credentialed leaders are also required to participate in sexual ethics training. It has also partnered with Dove’s Nest, a non-profit organization aiming to “empower and equip faith communities to keep children and youth safe in their homes, churches, and communities.”

A churchwide statement on sexual abuse from Mennonite Church USA read, in part: “We resolve to tell the truth about sexual abuse; hold abusers accountable; acknowledge the seriousness of their sin; listen with care to those who have been wounded; protect vulnerable persons from injury; work restoratively for justice; and hold out hope that wounds will be healed, forgiveness offered, and relationships established or reestablished in healthy ways.”

Lifetime’s “An Amish Sin” is a composite of many stories.
(Lifetime)

In July 2019, the Post-Gazette reported Tennessee Gov. Bill Lee signed a bill extending, and in many cases eliminating, the statute of limitations for prosecuting sexual offenses against children. The outlet reported Yoder stood in the state Capitol in Nashville alongside other victims for the signing.

“My goal for the state of Tennessee is to see no statute of limitations for rape as a child or a minor,” said Yoder. “To have that completely removed would be great, but it got changed and that was huge for me. It was very empowering.”

Yoder said the Lifetime film has been part of her ongoing healing — and she’s remained hopeful.

“Maybe justice for me is continuing to share my store and raising awareness through a film like this,” she said. “Hope has been the biggest thing in my entire life… I hope viewers know that there’s always hope and that they hold onto that.”

If you or someone you know is suffering from abuse, please contact the National Sexual Assault Hotline at 1-800-656-4673.