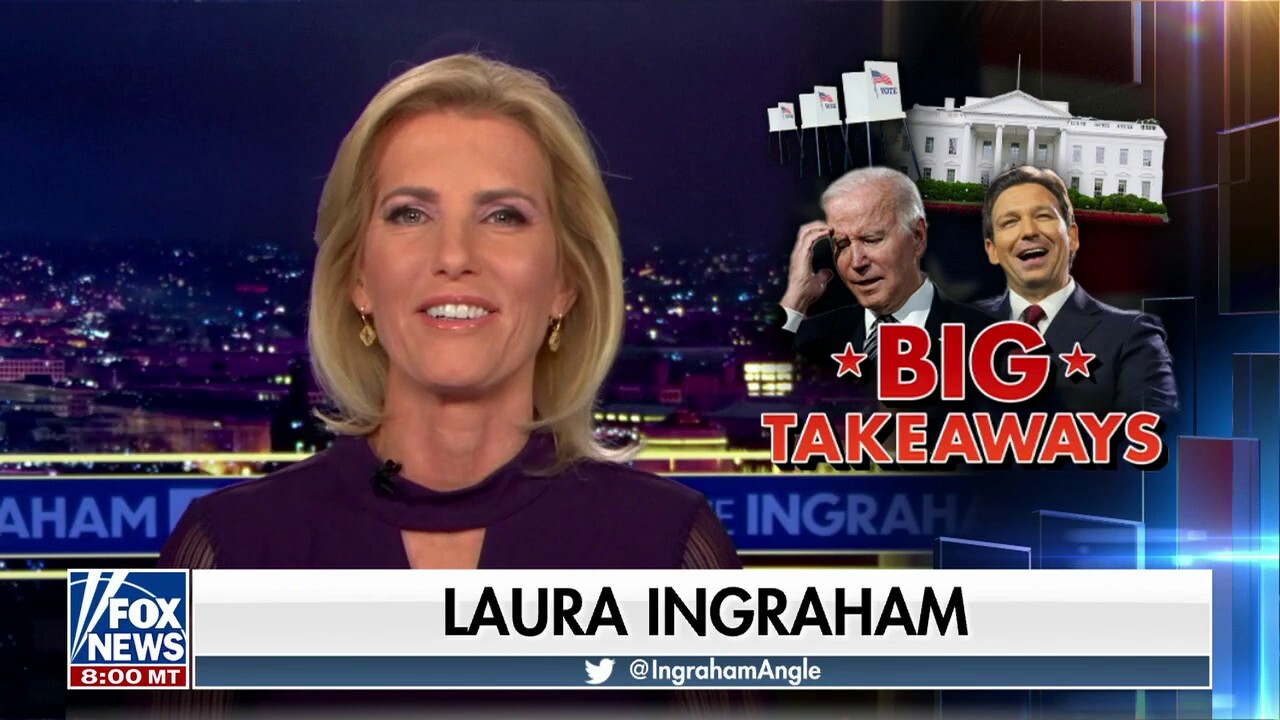 Laura Ingraham dissects the results of the midterms and how during President Biden’s speech post-election, he said no changes would be implemented despite voter concern on ‘The Ingraham Angle.’

Laura Ingraham discusses how Democrats are preoccupied with the loss of Trump-backed candidates in some states and how after being asked about any changes after midterms, President Biden claimed there would be “nothing” on “The Ingraham Angle.”

LAURA INGRAHAM: Tonight they’re breathing a sigh of relief right at the White House, even as Democrats almost certainly will lose the House, and they could even lose the Senate. Now, the media, of course, are obsessing over the losses of Trump-backed candidates in states like New Hampshire and Pennsylvania. But little attention is being paid to the astonishing fact that Democrats do not intend to do anything differently over the next two years. Now, this is even with 75% from Fox News voter analysis saying that they think the country right now is on the wrong track. Despite that, the White House thinks their policies don’t need changing because Biden has created what they’re calling stable, sustainable growth.

Biden’s message today featured all the usual sleights of hand. Just as in 2020, when he campaigned then on uniting the country. Remember that? Only then go on and brand the country as systemically racist and then trash Trump supporters as semi-fascist. Well, today he raised the goal of uniting America again, only to make false claims about Republican leadership and, of course, to push gun control.