LAURA INGRAHAM: Democrats are incapable of admitting they have a problem 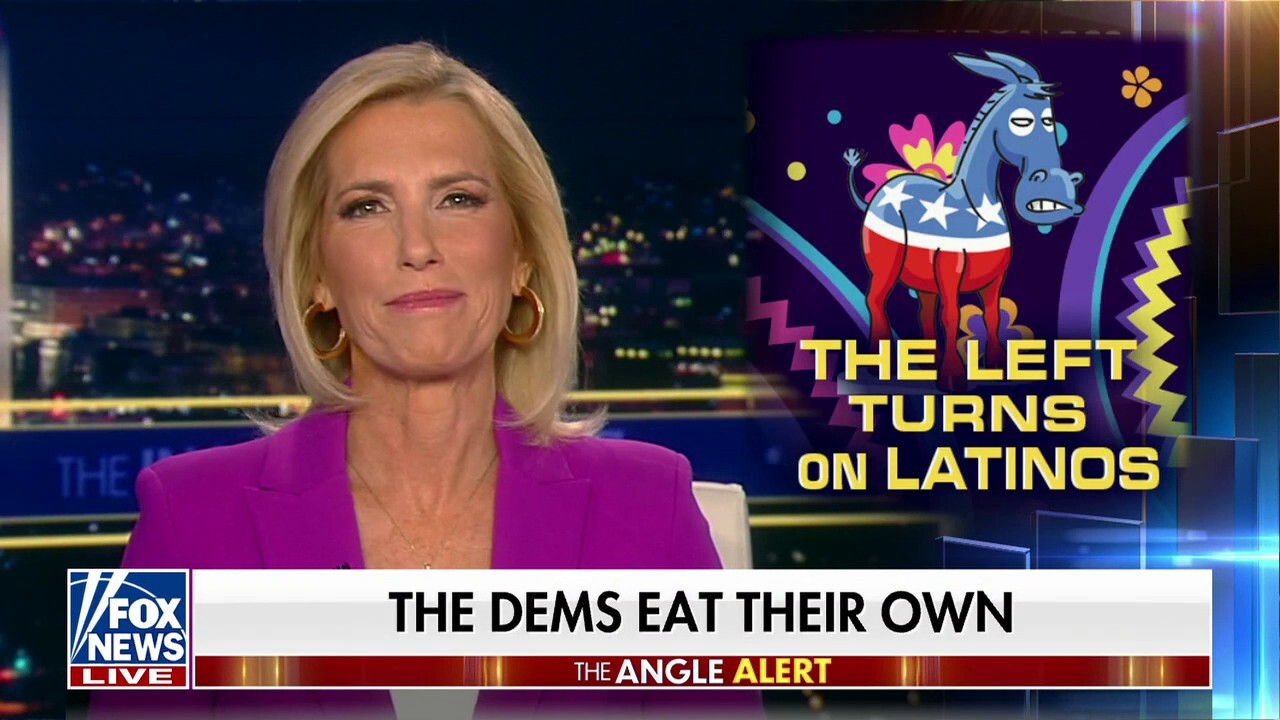 Angle: The Left Turns on Latinos

Laura Ingraham exposes how Democrats have turned on Latinos and how Democrats are incapable of admitting their party has a problem on ‘The Ingraham Angle.’

Laura Ingraham dissects how Democrats turned against the demographic that long supported them, Latinos, and how this change was so “predictable” on “The Ingraham Angle.”

LAURA INGRAHAM: Now a bunch of angry liberals running city government in L.A. using racist language, and now the entire Latino community needs re-educating? This is completely bizarre, yet, of course, totally predictable. Democrats are incapable, after all, of looking themselves in the mirror and admitting that they have a problem.

LAURA INGRAHAM: THE DC SWAMP’S MUCK IS ‘SEEPING UNDER THE DOORWAY’

Beyond issues of bigotry, it’s the policies, stupid, the policies that have caused real pain and real suffering for working families, including our fastest-growing demographic group — voting bloc — Hispanics. All because of Biden, all because of the Democrats that voted for his radical agenda. And while the media are doing their best to form this protective cocoon around him, things are so bad they can’t help but do some real reporting once in a while.