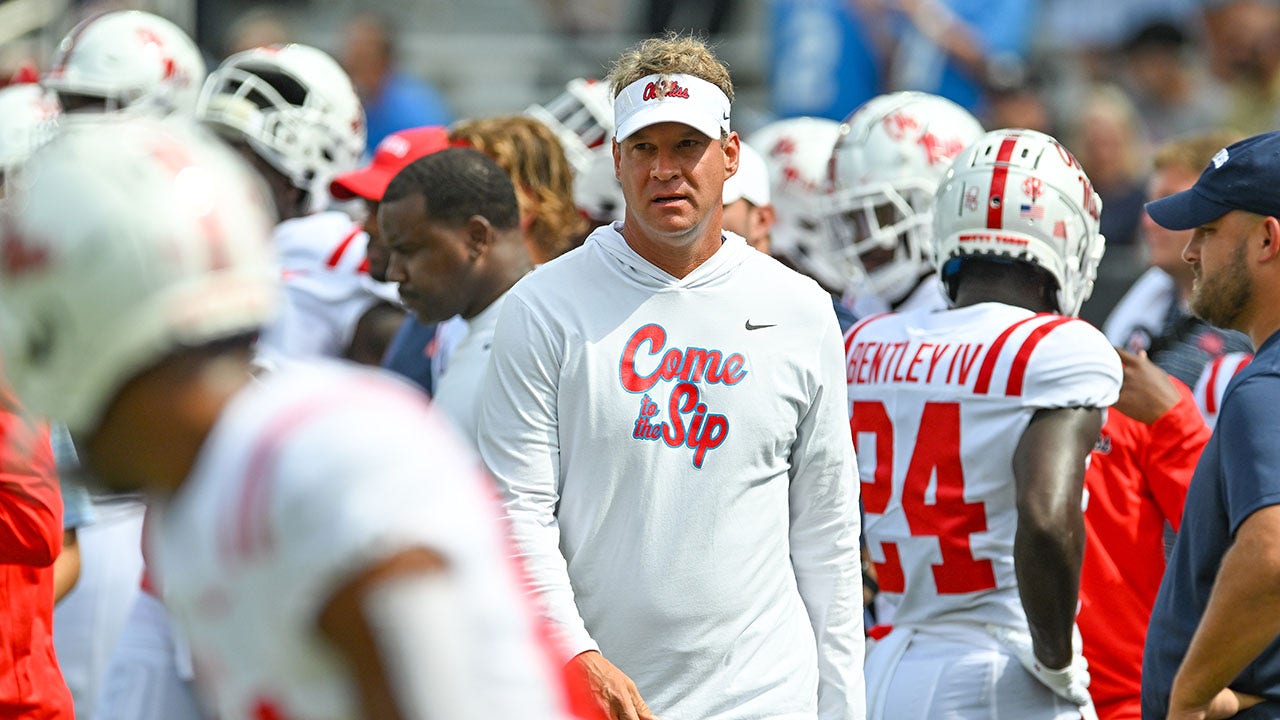 With No. 15 Ole Miss preparing to play unranked Texas A&M Saturday, Rebels head coach Lane Kiffin was bound to take a shot at the Aggies at some point.

On Wednesday, Kiffin made his move, taking a dig at Texas A&M when discussing Aggies defensive coordinator D.J. Durkin, who led the defense at Ole Miss last season.

Head coach Lane Kiffin of the Mississippi Rebels arrives before a game against the Auburn Tigers at Vaught-Hemingway Stadium Oct. 15, 2022, in Oxford, Miss.
(Justin Ford/Getty Images)

Durkin left for College Station, Texas, in the offseason, signing a three-year contract.

“D.J. really turned our defense around here and played pretty good,” Kiffin said, according to On3 Sports. “Especially the second half of last year. We tried to keep him. He did a great job with the players. We got outbid, which is kind of a common theme with that program. And he’s doing a really good job there.”

Texas A&M head coach Jimbo Fisher pulled in the No. 1 recruiting class in the country over the summer, setting off a war of words between Fisher and Alabama head coach Nick Saban.

During the offseason, Saban said Texas A&M “bought every player on their team.” That prompted Fisher to hold a press conference at which he called Saban — without actually naming him — a “narcissist” while urging reporters to dig into his past.

The two have since appeared to put their beef behind them, but A&M’s recruiting class continues to be in the news as the Aggies’ losing streak has grown to three.

The Aggies began the year as the No. 6 team in the country before losing to unranked Appalachian State in Week 2. They’ve lost three games in a row to Mississippi State, Alabama and South Carolina.

Ole Miss is coming off its first loss of the season after losing to LSU in Week 8.