Kari Lake: 'I'm dangerous' to people like Liz Cheney because I speak 'truth' 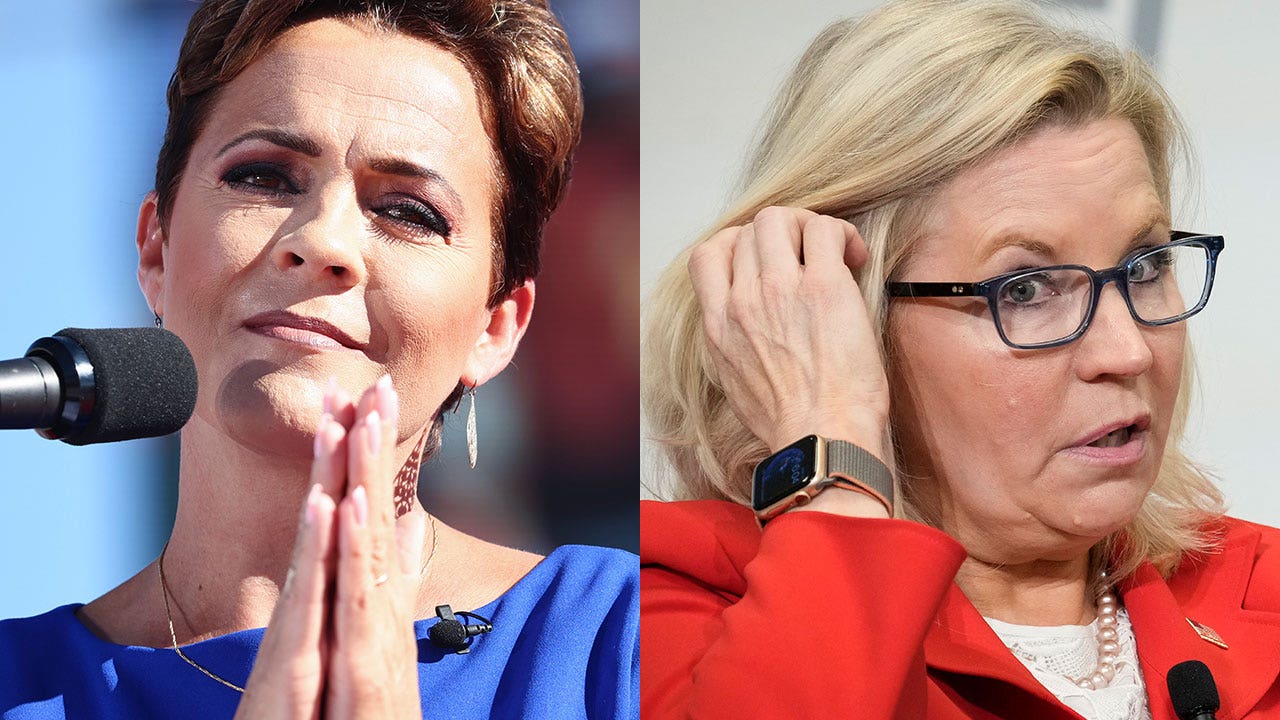 Arizona Republican gubernatorial candidate Kari Lake believes she knows why outgoing Rep. Liz Cheney and the media like to target her – she’s a truth teller and therefore, a threat.

“I’m dangerous to people like Liz Cheney and the folks that she hangs out with and they want to stop people like me,” Lake added.

Cheney, who will leave Congress after losing her primary to attorney Harriet Hageman, recently declared she has never voted for a Democrat but would vote for Lake’s opponent Katie Hobbs if she lived in Arizona.

Lake has told Fox News that Cheney has incidentally – albeit unintentionally – become her campaign’s top fundraiser to-date, as the gubernatorial hopeful’s coffers swelled after the former vice president’s daughter went after her.

“I’ve got to extend a big thank you to Liz. And at this rate, we might have to invite her to our inaugural ball because we’re going to have to thank her for bringing in so much fundraising money for us,” Lake quipped to host Tucker Carlson

When asked about the hammer attack on Paul Pelosi’s allegedly by David DePape, 42, Lake said it appears to be taboo to identify the suspect as an illegal immigrant.

While DePape overstayed a visa from his native Canada, Lake said the illegal immigration issue is a top issue Arizonans worried about securing their own southern border.

“The reporters never even ask that because it proves the point that having a wide open border means more crime, higher incidence of crime for American citizens. And that’s what we’re seeing here in Arizona,” she said.

“And you talked about the homeless man (DePape) that was found half-naked in Pelosi’s home. This is why Republicans have ideas to stop these problems. I have a homeless policy. The press doesn’t want to talk about that. I have a policy to work to end chronic street homelessness, get people, help get them off the streets, and return quality of life for the hardworking people of Arizona.”