Justin Verlander on flipping the bird to Phillies fans: 'Just saying hello in their native tongue’ 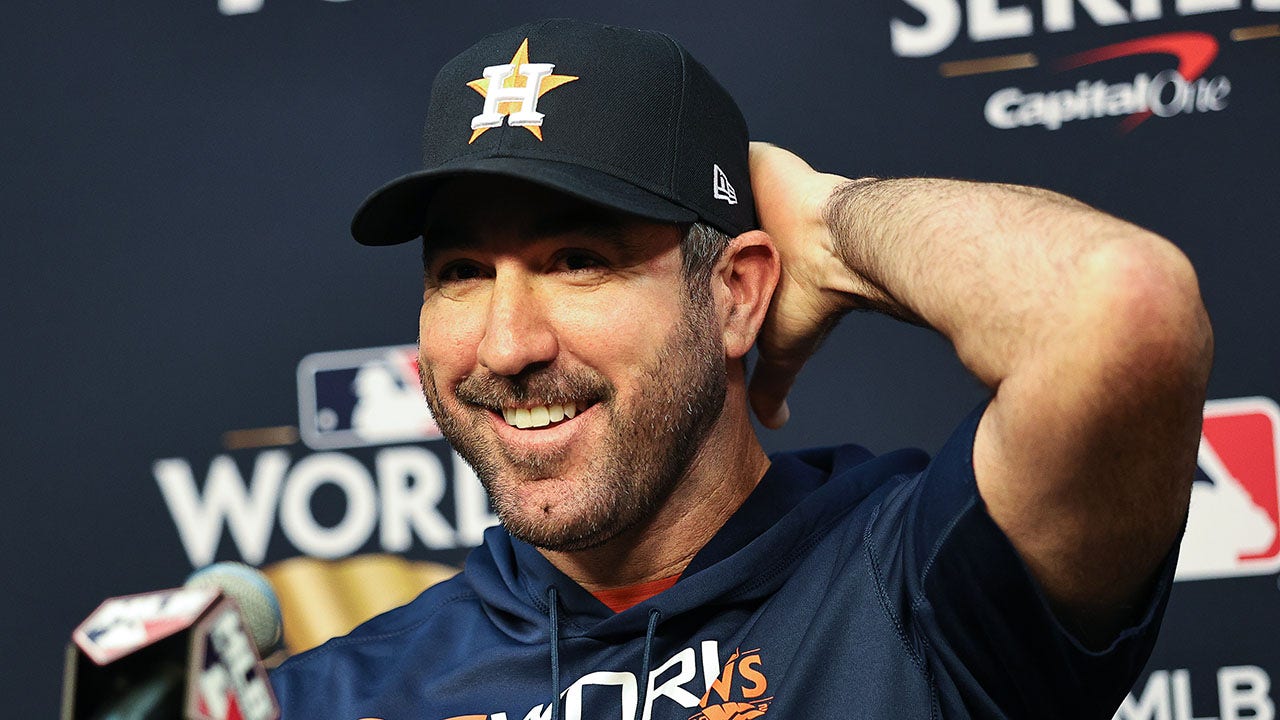 Justin Verlander may have twice used a rude gesture toward fans of the Philadelphia Phillies Monday night, but the favorite to win the AL CY Young was just having a little fun as his team attempts to win a second World Series in five years.

As Houston’s team bus arrived at Citizens Bank Park prior to what was supposed to be Game 3 Monday night, Verlander was caught on video flipping off Philadelphia fans.

Justin Verlander of the Astros reacts after giving up runs against the Philadelphia Phillies during Game 1 of the World Series at Minute Maid Park on Oct. 28, 2022, in Houston, Texas.
(Sean M. Haffey/Getty Images)

Verlander’s obscene gestures came with a smile and the nine-time All-Star confirmed that his gesture was all in good fun.

“All the context Darren… Whole interaction was in jest as all the fans around you were just saying hello in their native tongue,” Verlander posted Monday in response to the video of his interaction with the fans. “So I responded in kind. all in good fun. I enjoyed the banter. Also, nobody broke the window. Was just like that.”

Game 3 of the World Series was postponed Monday night due to inclement weather and was rescheduled for Tuesday at 8:03 p.m. ET.

Verlander will have a chance to quiet the Philadelphia faithful in the next few days as he’s scheduled to start Game 5 Thursday night.

Lance McCullers Jr. will start Game 3 for the Astros while Christian Javier will get the nod for Game 4 on Wednesday.

Justin Verlander of the Astros during Game 1 of the ALCS against the New York Yankees at Minute Maid Park on Oct. 19, 2022, in Houston, Texas.
(Mary DeCicco/MLB Photos via Getty Images)

“The equation was Javier’s been really good, No. 1,” Astros manager Dusty Baker said, according to ESPN. “And No. 2, we feel that that extra day off would not hurt Justin. It would probably be to his benefit.”

While Verlander is coming off an incredible regular season – 18-4 with a 1.75 ERA – his postseason has not gone as well as he’d hoped.

Justin Verlander of the Astros during a press conference ahead of Game 1 of the World Series on Oct. 27, 2022, in Houston.
(Bob Levey/Getty Images)

In two of his three 2022 playoff starts, Verlander has allowed five runs or more, including blowing a five-run lead in Game 1 of the World Series.

Houston would go on to lose Game 1, 6-5, upping Verlander’s career ERA in World Series games to 6.07.

In eight career starts in the Fall Classic, Verlander is 0-6 in 43 innings pitched.