Judge Jeanine Pirro calls out Democrats for trying to avoid inflation: It's like a 'shell game' 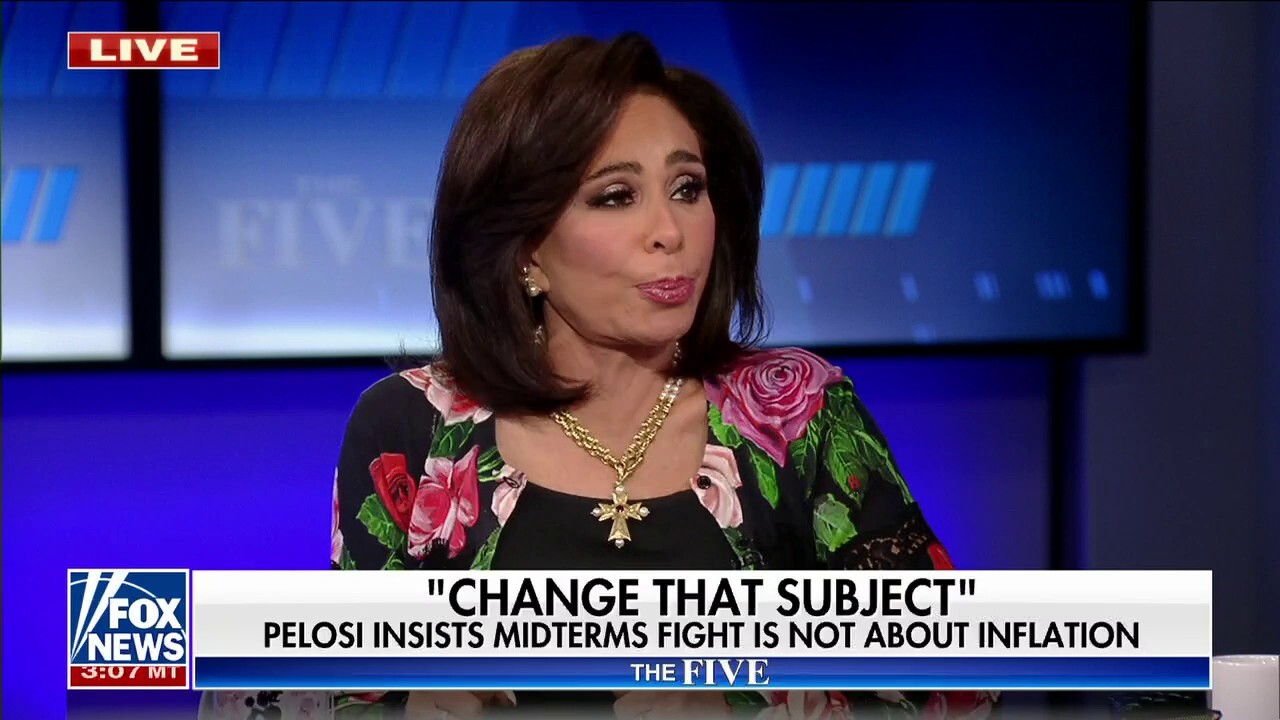 Fox News’ Judge Jeanine Pirro lambasted House Speaker Nancy Pelosi Monday on “The Five” for avoiding the issue of inflation as the midterms approach, saying it’s like a “shell game” to her and the Democratic Party.

Pelosi insisted Sunday on CBS’ “Face the Nation” when inflation is brought up, Democrats should “change that subject.” Inflation is expected to play a major role and has become the leading issue for voters across the country, according to a recent Fox News poll.

Pirro argued Pelosi and Democrats are attempting to change the conversation and paint Republicans as “violent.”

“I think this whole thing about Nancy Pelosi, and her saying, you know, well, I don’t want to talk about that. I want to change the subject. That’s what the Democrats have been doing. It’s like a shell game,” she said. “They say this is really what we need to be talking about, that the Republicans, they’re the violent ones. You saw January 6th, they’re the violent ones. Forget about the summer of 2020. Forget about the fact that crime is through the roof.”

Co-host Dana Perino echoed similar sentiments, highlighting how many times the White House has changed the narrative on inflation.

President Biden discusses how his administration is working to lower inflation and reduce prices for consumers.
((Photo by Kevin Dietsch/Getty Images))

“First, inflation was transitory, then it was a rich person problem. Remember that little thing from the White House podium? Then it was the Republicans will make it worse. Then it was, hey, at least Europe is worse than we are. Then it’s changing the topic,” she said.

Co-host Harold Ford and former Democratic congressman, blamed the Federal Reserve for not being able to tame inflation, saying it has “failed us in a lot of ways.”

He also shifted topics, suggesting inflation isn’t the only weakness for the Democratic Party heading into November.

“The biggest weakness for the Democratic Party is that we’ve not developed a coherent, easy to understand policy on the border, that we’ve not screamed we’re against cashless bail,” Ford said.

The Federal Reserve has raised interest rates three times this year by 75 basis-points in an effort to curb high inflation, and is expected to raise rates again at its next meeting in early November.

Ashley Carnahan is a production assistant at Fox News Digital.