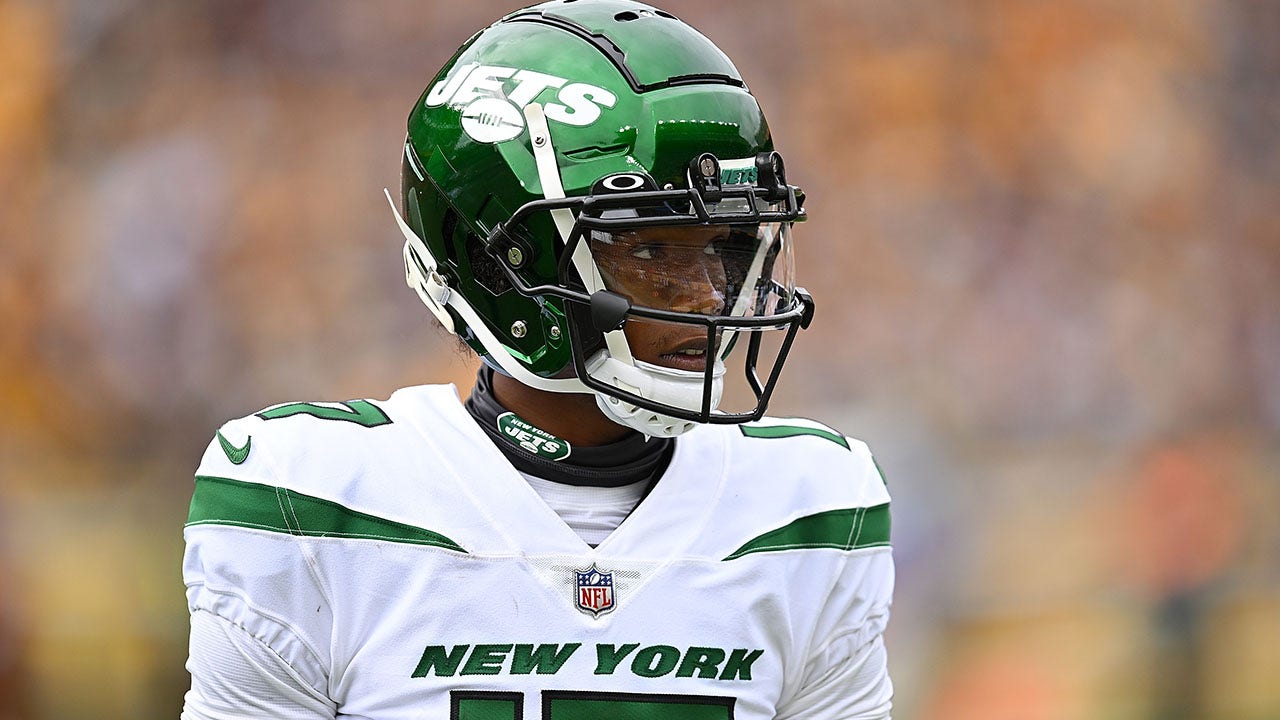 New York only mustered up three points and had 103 total yards. Zach Wilson was 9-for-22 for 77 yards, and Wilson had two catches on three targets for 12 yards. However, the former Ohio State standout took issue with how the offense was running.

Garrett Wilson, #17 of the New York Jets, looks on during pregame at Lambeau Field on Oct. 16, 2022 in Green Bay, Wisconsin.
(Stacy Revere/Getty Images)

“This s— sorry. We’re out here looking sorry, man. We know that we’re not sorry. So that’s why it really hurts. We know that we’re better than that. We can do more. We gotta put some more trust in the receiver room. I feel like we can go up and make plays, do things. I don’t [know] if everyone feels that way but hopefully by the time we get around next week, everyone feels that way. We gotta have a great week of practice.”

The Patriots stunned the Jets in the final moments of the game.

Garrett Wilson, #17 of the New York Jets, in action during the game against the Pittsburgh Steelers at Acrisure Stadium on Oct. 2, 2022 in Pittsburgh.
(Joe Sargent/Getty Images)

New England rookie cornerback Marcus Jones scored an 84-yard touchdown off a punt return with seconds left on the clock. The third-round pick helped the Patriots pick up their 14th consecutive win over the Jets.