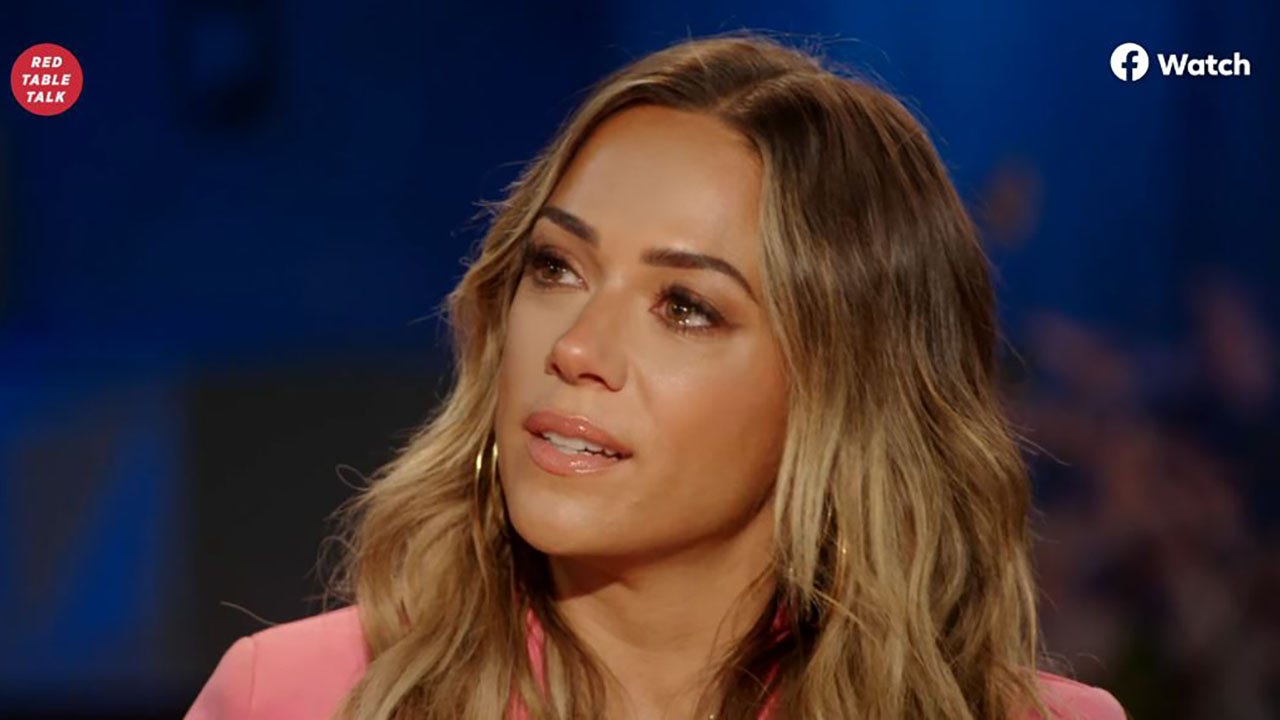 Jana Kramer said this week that ex-husband Mike Caussin cheated on her with more than 13 women during their nearly six-year marriage.

“I know we’re both in better situations,” the country star told the co-hosts through tears, “But I think about this year, my kids won’t wake up at my house Christmas Day. That one’s gonna hurt.”

Jana Kramer told the co-hosts of “Red Table Talk” that her ex-husband cheated on her with more than 13 women.
(Red Table Talk/Facebook )

Last Thanksgiving, she wrote on Instagram, “My heart hurts not being with [her children] today and I have a feeling whether it’s the first holiday apart or the 30th there will always be an ache in the heart.”

A year after they were married, she and Caussin, a former NFL player, separated for a year over infidelity issues and the ex-tight end sought treatment for sex addiction.

“For me, I realized a lot of things throughout my life that sex and sexual acting out was my addictive behavior, and that’s where I went to hide my feelings, to run away from reality and that was my drug,” Caussin said in 2019.

The couple renewed their vows in 2017 and they co-wrote the book “The Good Fight: Wanting to Leave, Choosing to Stay, and the Powerful Practice for Loving Faithfully” in 2020.

In April 2021, Kramer wrote on Instagram, “’It’s time.’ As I try to make sense of a reality that I never wanted to believe could be possible again, those words have now become a reality. I’ve fought y’all. I’ve loved hard. I’ve forgiven. I’ve put the work in. I’ve given everything I have, and now I have nothing else to give. ‘It’s time.'”

She added, “Please know that I still believe wholeheartedly in marriage, love, and rebuilding. I just can’t fight any longer. It’s time to heal. Thank you for all the love, heart, and support, in many ways you have fought on this journey alongside me, and for that I am grateful.”