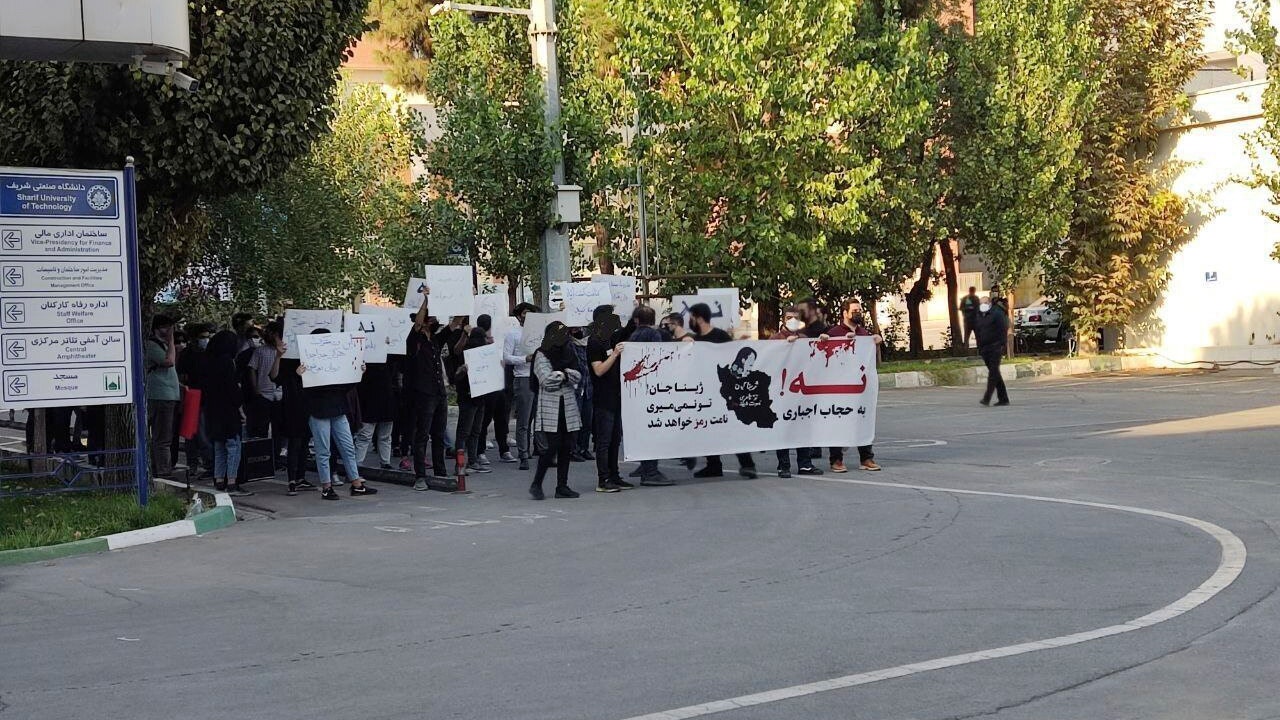 Protests in Iran raged on streets into Thursday with demonstrators remembering a bloody crackdown in the country’s southeast, even as the nation’s intelligence minister and army chief renewed threats against local dissent and the broader world.

Meanwhile, a top official in Iran’s paramilitary Revolutionary Guard claimed it had “managed to achieve” having so-called hypersonic missiles, without providing any evidence.

The protests in Iran, sparked by the Sept. 16 death of a 22-year-old woman after her detention by the country’s morality police, have grown into one of the largest sustained challenges to the nation’s theocracy since the chaotic months after its 1979 Islamic Revolution.

At least 328 people have been killed and 14,825 others arrested in the unrest, according to Human Rights Activists in Iran, a group that’s been monitoring the protests over their 54 days. Iran’s government for weeks has remained silent on casualty figures while state media counterfactually claims security forces have killed no one.

In this photo taken by an individual not employed by the Associated Press and obtained by the AP outside Iran shows students of the Sharif University of Technology attend a protest sparked by the death in September of 22-year-old Mahsa Amini in the custody of the country’s morality police, in Tehran, Friday, Oct. 7, 2022. The banner says: “No to mandatory hijab” and “Dear Zhina, (Amini’s nickname), you won’t die, your name will become a symbol.”
(AP Photo)

As demonstrators now return to the streets to mark 40th-day remembrances for those slain earlier — commemorations common in Iran and the wider Middle East — the protests may turn into cyclical confrontations between an increasingly disillusioned public and security forces that turn to greater violence to suppress them.

Online videos emerging from Iran, despite government efforts to suppress the internet, appeared to show demonstrations in Tehran, the capital, as well as cities elsewhere in the country. Near Isfahan, video showed clouds of tear gas. Shouts of “Death to the Dictator” could be heard — a common chant in the protests targeting Iran’s Supreme Leader Ayatollah Ali Khamenei.

It wasn’t immediately clear if there were injuries or arrests in this round of protests, though Iran’s state-run IRNA news agency acknowledged the demonstrations near Isfahan. They commemorated the Sept. 30 crackdown in Zahedan, a city in Iran’s restive Sistan and Baluchestan province, in which activists say security forces killed nearly 100 people in the deadliest violence to strike amid the demonstrations.

Iranians protests the death of 22-year-old Mahsa Amini after she was detained by the morality police last month, in Tehran, Thursday, Oct. 27, 2022.
(AP/Middle East Images, File)

Meanwhile Thursday, Guard Gen. Amir Ali Hajizadeh said in a speech that his forces acquired hypersonic missiles. However, he offered no photograph, video or other evidence to support the claim and the Guard’s vast ballistic missile program is not known to have any of the weapons in its arsenal.

Hypersonic weapons, which fly at speeds in excess of Mach 5, or five times the speed of sound, could pose crucial challenges to missile defense systems because of their speed and maneuverability.

China is believed to be pursuing the weapons, as is America. Russia claims to already be fielding the weapons and have said it used them on the battlefield in Ukraine.

Iranians protest a 22-year-old woman Mahsa Amini’s death after she was detained by the morality police, in Tehran, Sept. 20, 2022, in this photo taken by an individual not employed by the Associated Press and obtained by the AP outside Iran. Iran’s atomic energy agency alleged Sunday, Oct. 23, 2022, that hackers acting on behalf of an unidentified foreign country broke into a subsidiary’s network and had free access to its email system. Sunday’s hack comes as Iran continues to face nationwide unrest first sparked by the Sept. 16 death of Amini.
(AP Photo/Middle East Images, File)

“This system is very, very fast, and is capable of maneuvering both inside and beyond the atmosphere,” Hajizadeh claimed. “This means the Islamic Republic of Iran’s new missile can pass through both terrestrial air defense systems and the super-expensive extraterrestrial systems that could target missiles beyond the earth atmosphere.”

Iranian officials have kept up their threats against the demonstrators and the wider world. In an interview with Khamenei’s personal website, Iranian Intelligence Minister Esmail Khatib renewed threats against Saudi Arabia, a nation along with Britain, Israel and the U.S. that officials have blamed for fomenting unrest that appears focused on local grievances.

Khatib warned that Iran’s “strategic patience” could run out.

In this Wednesday, Sept. 21, 2022, photo taken by an individual not employed by the Associated Press and obtained by the AP outside Iran, protesters make fire and block the street during a protest over the death of a woman who was detained by the morality police, in downtown Tehran, Iran.
((AP Photo, File))

“Throwing stones at powerful Iran by countries sitting in glass houses has no meaning other than crossing the borders of rationality into the darkness of stupidity,” Khatib said. “Undoubtedly, if the will of the Islamic Republic of Iran is given to reciprocate and punish these countries, the glass palaces will collapse and these countries will not see stability.”

Iran blames Iran International, a London-based, Farsi-language satellite news channel once majority-owned by a Saudi national, for stirring up protesters. The broadcaster in recent days said the Metropolitan Police warned that two of its British-Iranian journalists faced threats from Iran that “represent an imminent, credible and significant risk to their lives and those of their families.”

Last week, U.S. officials said Saudi Arabia shared intelligence with America that suggests Iran could be preparing for an imminent attack on the kingdom. Iran later called the claim “baseless,” though the threats from Tehran continue.

The commander of the ground forces of Iran’s regular army, Brig. Gen. Kiumars Heydari, separately issued his own threat against the protesters, whom he called “flies.”

“If these flies are not dealt with today as the revolutionary society expects, it is the will of the supreme leader of the revolution,” he reportedly said. “But the day he issues an order to deal with them, they will definitely have no place in the country.”