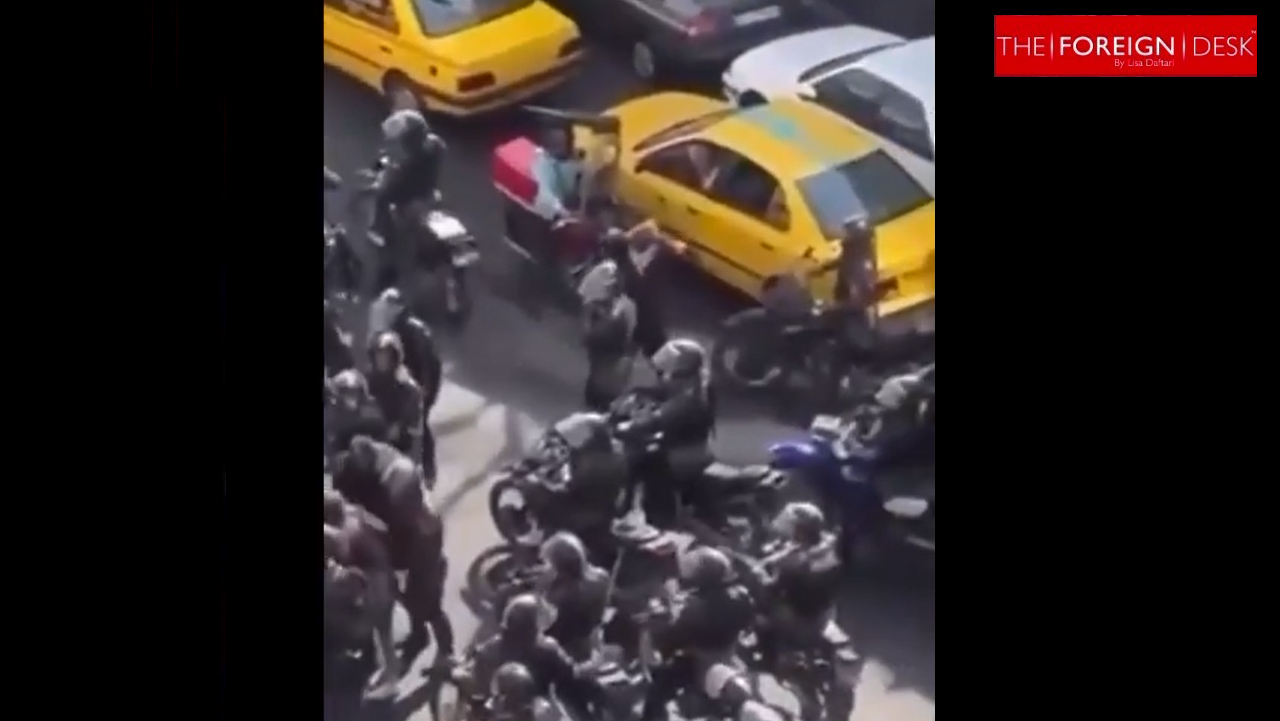 Iranian protesters have demanded “justice” for a woman who was assaulted by anti-riot police, with one officer forcibly grabbing her bottom and then pushing her on the ground.

The video, captured on a security camera at the Argentina Square in Tehran on Wednesday, shows police surrounding the woman. When they start to cart her away, one officer grabs the woman’s bottom before she drops to her knees.

Another woman can be heard saying that the officers were pulling the victim’s hair as she knelt on the ground.

Tehran’s Police Public Relations office has said the incident will be investigated, the BBC reported, but the police provided no statement as to what might have happened. Instead, the police accused “enemies” of “using psychological warfare” to cause “public anxiety and incite violence.”

Protests have continued for one month across Iran following the death of 22-year-old Mahsa Amini while in police custody. Iran’s morality police arrested Amini for allegedly breaching the hijab (headscarf) laws and claimed she slipped into a coma prior to her death.

Her family disputes the police report and instead said they saw evidence that Amini had been beaten.

Iranian officials and authorities have tried to suppress media of the protests from reaching the outside world, but the protesters have managed to supply the internet with plenty of videos and pictures showing the brutality police have used.

Kurdish women activists hold up placards during a protest against the death of Iranian Mahsa Amini in Iran, at Martyrs’ Square in downtown Beirut, Lebanon, Wednesday, Sept. 21, 2022.
(AP Photo/Bilal Hussein)

Lisa Daftari, a Middle East expert and editor-in-chief of The Foreign Desk, told Fox News Digital about another “horrific” incident in which regime forces dragged a screaming female protestor to the ground before putting her in a van.

Daftari praised the Iranians who take great risks and put the videos online in an effort to make sure the world is aware of what is going on inside Iran and that the regime does not succeed in showing the world only what they want it to see.

“Thanks to the courageous citizen journalism we are seeing out of Iran, the global community is witness to all the brutal and horrific crimes of the regime,” Daftari said. “If the world stands by silently and idly, it is not for lack of knowledge. The Iranian people are making their story known.”