I'm Lisa Scheller: This is why I want Pennsylvania's vote in the midterm election 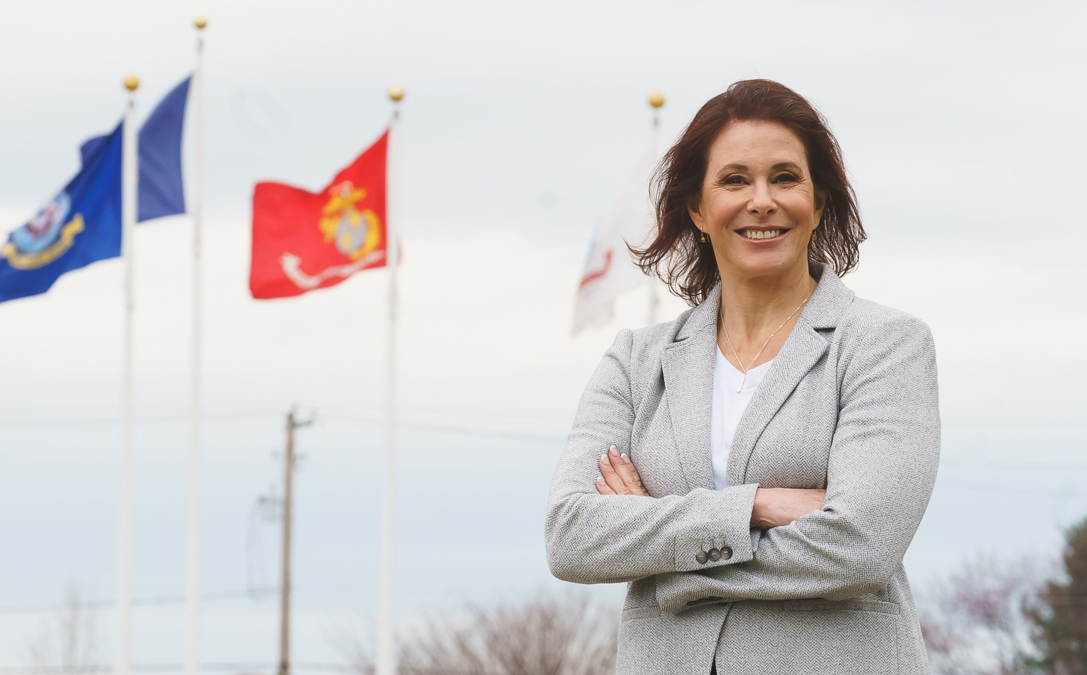 A century ago, my grandparents boarded an ocean liner in eastern Europe. They took only what they could carry with them, and left behind everything they had known. I can only wonder what they thought as they took one last look at the only place they called home. There was no telling what they would find across the ocean, but they trusted the promise of America.

With years of hard work they achieved the promise of the American Dream and this opportunity has been passed down for generations. Unfortunately, the American Dream is under attack and I am running for Congress to defend it for future generations and ensure our kids have a shot at success–just like I did. My grandfather got his start by founding a business called Silberline Manufacturing. Through innovation and grit, he created hundreds of good-paying manufacturing jobs for Pennsylvanians. Our family-owned business has been passed on for generations and today, I am proud to serve as the President to continue employing the next generation of workers in our communities.

There have also been some tough times in the process. As a young woman growing up in the small town of Tamaqua, Pennsylvania, I experienced some of the same struggles with addiction that so many are currently facing in our communities. When I was 38 years old, my older brother passed away and left the family business to me.

Ever since, I have worked tirelessly to give back to my community, never forgetting the courage and hard work of my grandfather. I’ve grown the company, which is the only one of its kind in the United States and I am now 40 years sober from drugs and alcohol. In an effort to help others struggling with addiction, I started a non-profit to employ addicts in early recovery and funded scholarships to help local community college students pursue their education.

Lisa Scheller is the 2022 GOP nominee in Pennsylvania’s 7th Congressional District, one of the most competitive House districts in the country
(National Republican Congressional Committee (NRCC))

I’ve done this because I believe in the American dream. How couldn’t I? In most of the world, my family’s story wouldn’t be possible. It’s a permanent reminder to me that this country really is the best on earth, and that we need to protect it.

Unfortunately, that dream has come under attack. The truth is, there are too many career politicians in Washington who have lost sight of the American Dream and are putting it out of reach for the next generation. They would rather spew talking points and appease a small section of their supporters rather than solve the pressing issues facing America. In the fever dreams of these radicals, defunding the police is justice, exorbitant spending is prosperity, and open borders are progress.

Today, young Americans are losing faith in the American dream as they see opportunities dwindle in a stagnant economy; Seniors are seeing their life savings eaten away by skyrocketing inflation and out-of-control energy costs; Whole communities are being devastated by Chinese fentanyl that’s pouring across an open border; Small business owners worry about protecting what they have as our cities experience a surge in crime; and parents worry for children who lost years off their educations due to heavy-handed lockdowns.

It doesn’t have to be this way. We can have a safer, happier, and more prosperous America if we turn away from those who constantly seek to redefine America in a way that has made too many of us pessimistic and cynical. All we need are leaders who will allow Americans to do what they do best – create, innovate, and achieve.

A SIMPLE GUIDE TO MIDTERM ELECTIONS, HOW THEY AFFECT THE PRESIDENCY, AND MORE

A voter arrives to cast their mail-in ballot at the City-County Building in Pennsylvania.

I’m running for Congress to be one of those leaders. My family has lived out the American dream, and it’s time to fight for it in Washington so that our children can have the same opportunities as I had. I’ll take my experience as a business owner and engineer with me to Washington and get to work on addressing the issues we’re facing.

I’ll take on the wasteful spending, help open up our domestic energy, secure the border, and support our police. I’ll do this because I’m not a politician, I’m a problem solver, and I’m ready to take on the mess in Washington and get to work for the people of Pennsylvania. So, if you want someone who will fight for families, stand up to the radical left, and work to save the American dream, I hope I can count on your support.

Fox News Digital has also invited Rep. Susan Wild to submit an op-ed detailing why voters should choose her in the midterm election.

Lisa Scheller is the Republican nominee for Congress in Pennsylvania’s 7th district.