Herschel Walker abortion story jumped on by media after it avoided video of Warnock, wife abuse claim in 2020 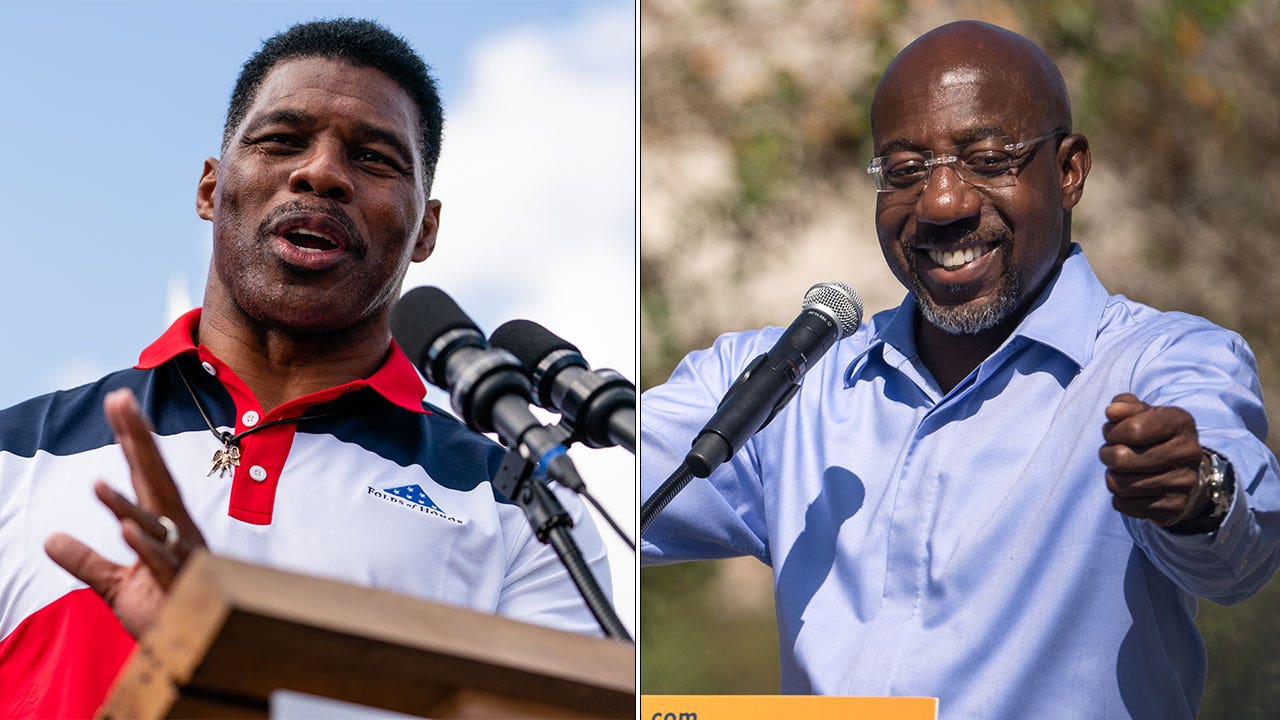 An “October surprise” rocked the Georgia Senate race earlier this month with the allegation that Republican candidate Herschel Walker paid for a girlfriend’s abortion in 2009, which he has flatly denied.

Walker, who has pushed a staunch pro-life platform on the campaign trail, has been accused by his liberal critics of being a hypocrite while Republicans have largely circled the wagons.

The RealClearPolitics average of polls has his Democratic opponent, incumbent Sen. Raphael Warnock, up three points as the race has largely tightened in recent weeks. It is uncertain whether this controversy will have an impact with Georgia voters.

But that hasn’t stopped the media from going wall-to-wall with the story.

Virtually every program on CNN and MSNBC covered Walker. The saga led newscasts on ABC, CBS and NBC. The New York Times and The Washington Post published numerous articles. Walker’s son Christian’s public denouncement of his father’s behavior only added fuel to the fire.

The interest in the controversy, which stemmed from an Oct. 3 report in The Daily Beast and has seen subsequent follow-ups, stands in stark contrast to the lack of media attention to one that hit Warnock in 2020.

On Dec. 22, 2020, in the days leading up to the highly-anticipated Georgia run-off, “Tucker Carlson Tonight” obtained stunning police bodycam footage from March 2020 of an officer responding to a domestic dispute between Warnock and his then-wife Oulèye Ndoye.

Ndoye alleged that he ran over her foot during a heated argument as he attempted to drive off with their children in the backseat. Warnock denied her claim and charges were never filed. The two later divorced.

She warned the officer that Warnock was a “great actor.”

“This man’s running for the United States Senate and all he cares about right now is his reputation,” Ndoye told police at the time. “I’ve been trying to be very quiet about the way that he is for the sake of my kids and his reputation.”

“I’ve tried to keep the way that he acts under wraps for a long time and today he crossed the line,” Ndoye said as she broke into tears. “So that is what is going on here, and he’s a great actor. He is phenomenal at putting on a really good show.”

The video virtually received zero attention from the national media.

None of the liberal networks, CNN, MSNBC, ABC, CBS and NBC, covered the domestic abuse claim in the days following the “Tucker Carlson Tonight” exclusive, according to transcripts.

The New York Times and The Washington Post skipped the controversy at the time, according to search results on their websites. Other outlets including Politico, The Associated Press, HuffPost and Bloomberg did the same.

The Daily Beast made no mention of the incident until Jan. 2, 2021 in a report knocking then-Sen. Kelly Loeffler, R-Ga., who used the domestic abuse claim to attack her Democratic opponent.

Many of the news outlets who initially ignored the Warnock abuse claim have finally addressed them as part of their reporting on the Walker campaign’s recent attacks against the senator, some framing the allegation as discredited since police found no evidence that Warnock’s ex-wife was physically harmed.

Political pundits have begun speculating that the personal drama plaguing the Walker campaign will have minimal effect on the voters. Another factor going into Election Day is the support for Republican Georgia Gov. Brian Kemp, who has consistently led in polls over Democratic rival Stacey Abrams, perhaps signaling that a strong showing by Kemp could help carry Walker over the finish line.