GREG GUTFELD: Elon Musk does everything with the door open 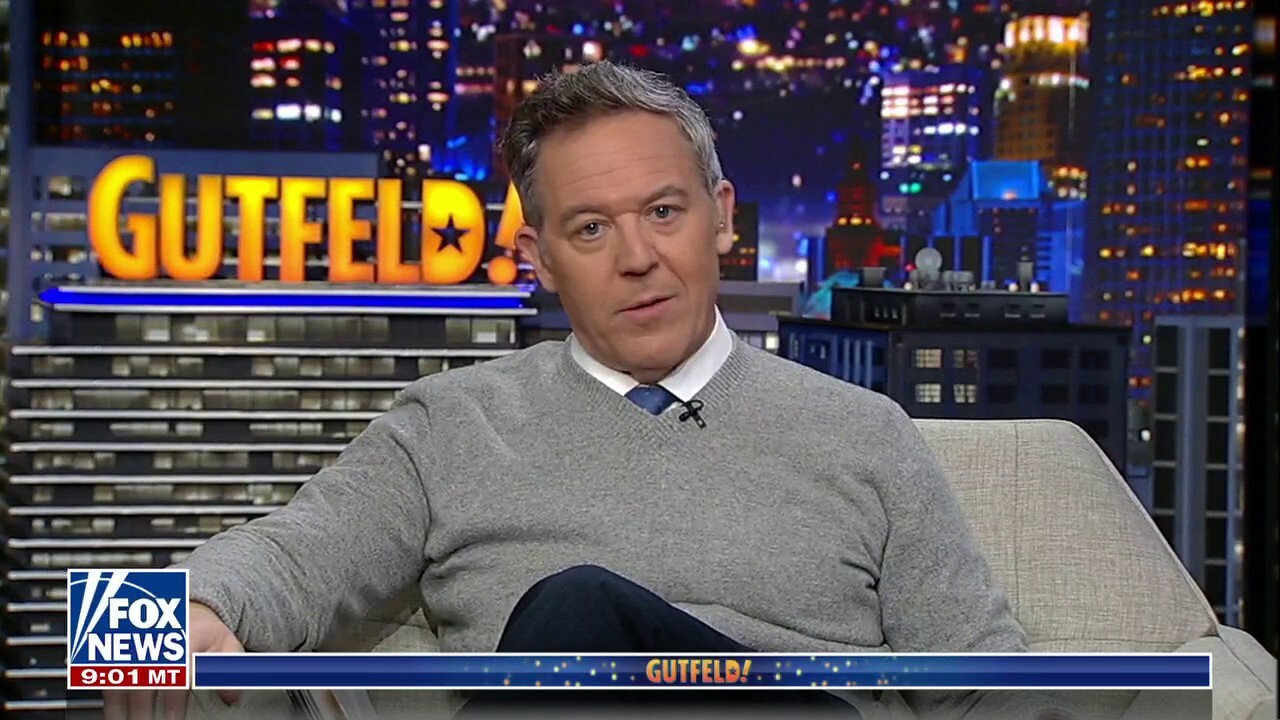 Happy Tuesday, everyone. You know, I have to say, this is the best looking audience we have had so far. Yummy. There’s more tens than in the Christmas cards I give my staff. They smile so much when they open it. But you people at home can’t see this audience. But trust me, it’s like looking at a sea of Larry Kudlow’s. The only man who can make sock garters sexy.

But speaking of rich people, let’s check in on Elon Musk, who may just be the best tweeter since Trump. It began Sunday with Musk tweeting about Twitter being super slow in other countries. That’s when a Twitter engineer called out the Musk tweet, adding, quote, “I have spent six years working on Twitter. I could say this is wrong.” When someone pointed out you probably shouldn’t call out your boss publicly, he kept going. And that’s when Musk hit back, “He’s fired.”

Well, now, if you don’t find that hilarious, then you’re not my friend and you’ve never fired anyone who really deserves it. It’s why I had a trap door installed in my office and hired a contractor who could keep a secret. But if I tweeted about how I run this show, I’d probably be arrested, possibly for murder. If you guys had any idea what I spent on bleach and rope alone last month, and that’s just on the interns who made eye contact.

GREG GUTFELD: RECREATIONAL DRUG USE IN US IS LIKE RUSSIAN ROULETTE

But for Musk, it only gets better. On Sunday, he announced plans to end free lunches at Twitter headquarters, saying the meals cost the company 13 million bucks a year. That’s still $2 million less than “The View” spends on feeding Joy Behar. Hey, they don’t like Joy. The problem was no one was coming to the office, and that was driving up the cost. They were throwing food away like it had been cooked by Kat.

But Musk making a sound business call made him even more evil. One Democrat activist wrote, quote, “He fired three fourths of the employees. Now he’s planning to starve the rest of them.” Yeah, yeah. They’re all going to die because their bosses won’t cover their sushi. What lame-o’s? Here’s a tip. You want a free lunch? Then, brown bag it, you losers. It’s what my staff does. It’s great. I just take a bite from each one of their sandwiches. I haven’t bought a lunch in years. They all got hepatitis.

And what does Elon know about business, anyway? I mean, he’s just the world’s richest man. Unlike some unemployed 32-year old activist moaning on Twitter about food. The bottom line, it’s great watching someone run a company with full transparency. He does everything with the door open. Like when Doocy uses the bathroom on the plane. Even more, Musk is willing to ask seemingly obvious questions that no one ever had the guts to ask. Does that remind you of anyone? Yeah. When Trump was in charge, he would question everything from trade with China to the water pressure of showers.

DONALD TRUMP: But how about the shower? You go into a shower and I have this beautiful head of hair. You turn on the water. Drip, drip, drip. And the water comes dripping out, just dripping out very quietly. So what do you do? You just stand there longer. You take a shower longer. Because my hair. I don’t know about you, but it has to be perfect.

He sounds like Joe talking about taking a leak. Oh. But no wonder Musk has taken Trump’s place as the Left’s top target. The only difference is Musk can’t run for president, which is probably a good thing for the Dems, because he’d probably win.

And speaking of the Dems, oddly, they’re obsessed with bringing Musk down, but they don’t seem to care about the Bitcoin bandit, Sam Bankman-Fried. The founder of a crypto exchange called FTX, resigned last week after his company went belly up quicker than a five-year old’s goldfish. So why no concern over him? Why haven’t you heard of him until now? Well, he was Biden’s second biggest donor and pumped millions into the Democratic Party. So imagine that coincidence.

But it turns out he used his crypto company to borrow real dollars that he couldn’t pay back. Reuters reported that between one and $2 billion of customer funds are gone, but not before the Dems spent $40 million of his money just in time for the midterms. Yeah, the timing is impeccable. Kind of like vanishing a story on the Biden family before the 2020 election. You know, I’m sensing a pattern here. So now his company is under investigation for a scam that could make Bernie Madoff look like an Eagle Scout. And where is the media? Well, they suspended their skepticism when it was so obvious this guy’s a clown.

NAS DAILY YOUTUBER: Sam is not a traditional billionaire because he believes in the concept of earn to give.

SAM BANKMAN-FRIED: Earning to give is thinking about which causes, which charity save the most lives per dollar.

NAS DAILY YOUTUBER: Next year, he’s planning to donate $500 million a year. And next decade, he will probably give away more than $10 billion. And he is funding everything you can think of. Global warming.

SAM BANKMAN-FRIED: It’s one of the biggest problems that we have to tackle together as a world.

SAM BANKMAN-FRIED: We have to be ready for the next pandemic.

SAM BANKMAN-FRIED: Animals deserve to live just like we do. It’s also why I’m vegan.

Dude. If you’re that rich, buy a bra. Oh, my God. Terrible. It’s not body-shaming. I’m just concerned. Now, if you believe anything that fruitcake says, maybe you should lose all your money. But he tricked them all with the right virtue signals. You’ve heard them. The right left-wing causes and all the right cash.

So will the media have any interest in digging further into a story filled with sex, drugs and corruption? Well, maybe they should read Harris Faulkner’s new book. I want to talk about it, but who am I kidding? The media has about as much chance of covering that story as a belly shirt does Jerry Nadler’s navel.