Giants' Evan Neal could miss time with knee injury, tight end heads to hospital after being poked in eye 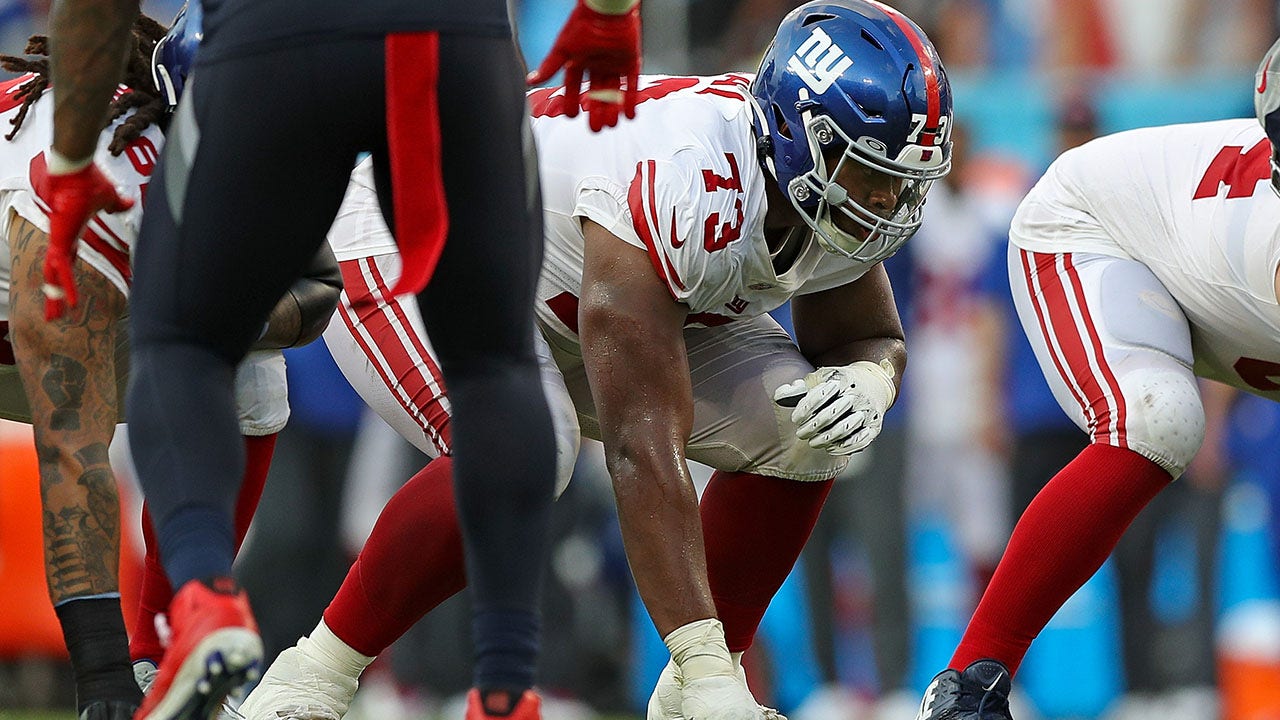 The New York Giants took a couple big blows in the first half on the offensive side of the ball.

Perhaps the biggest was with first-round offensive lineman Evan Neal, who suffered a knee injury and was carted into the locker room.

The Giants fear that Neal suffered an MCL injury, according to NFL Network.

Evan Neal #73 of the New York Giants during the game against the Tennessee Titans at Nissan Stadium on September 11, 2022, in Nashville, Tennessee.
(Justin Ford/Getty Images)

New York took Neal with the seventh overall pick out of Alabama. Neal at one point was the favorite to be the first overall pick to the Jacksonville Jaguars, whom the Giants are playing on Sunday.

The selection of Neal was two picks after the G-Men took edge rusher Kayvon Thibodeaux from Oregon – he, too, was favored to be the first selection.

Neal has had a rough start to his NFL career – PFF grades him at 49.0 through the first five weeks, and he has allowed five sacks this season, tied for the second most in football.

Evan Neal #73 of the New York Giants walks to the bench during an NFL football game against the Tennessee Titans at Nissan Stadium on September 11, 2022, in Nashville, Tennessee.
(Kevin Sabitus/Getty Images)

But he was widely regarded as a can’t miss prospect – the Giants took Andrew Thomas with the fourth pick in 2020, and after a rough rookie season, he has become one of the best offensive linemen in football.

Neal wasn’t the only concerning injury for the Giants in the first half – offensive lineman Ben Bredeson also was ruled out with a knee injury, while rookie tight end Daniel Bellinger seemed to have suffered an eye injury.

Daniel Bellinger #82 of the New York Giants celebrates a 2 yard touchdown in the second quarter during the NFL match between New York Giants and Green Bay Packers at Tottenham Hotspur Stadium on October 09, 2022, in London, England.
(Stu Forster/Getty Images)

When Bellinger was tackled after a catch, a Jacksonville defender’s hand snuck through his facemask – Bellinger’s face was clearly irritated, while there was blood on his jersey.

Bellinger, too, was carted off, and was taken to a local hospital.

Despite the injuries, though, the Giants improved to 6-1 on the season for the first time since 2008.