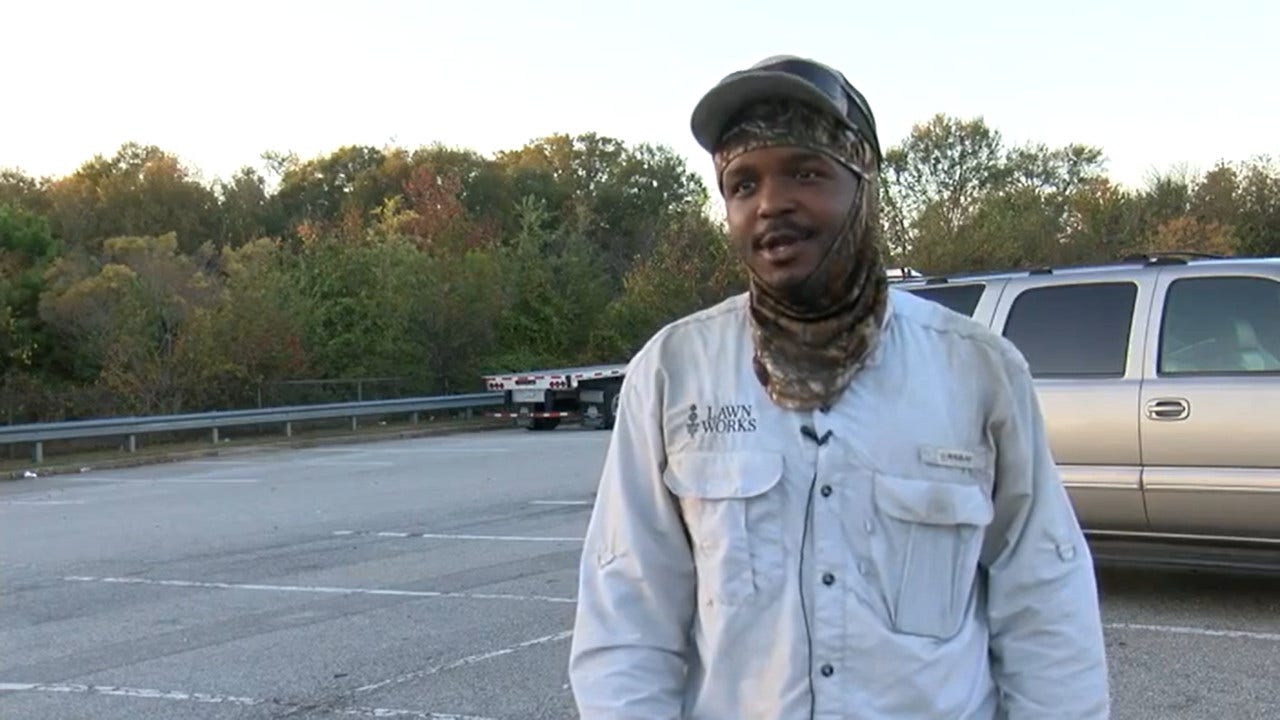 A Georgia man acted heroically when he heard a child in distress and rushed to help, holding an adult suspect at gunpoint until police arrived at the scene.

Kelcey Willis had stopped for an oil change at a Walmart in Warner Robins, Ga., on Nov. 6 when he witnessed what appeared to be a kidnapping. Following a gut instinct, he followed the child’s cries into the woods and intervened in what police say was an assault.

“As buddy was filling us in to get our oil change, we heard a little kid screaming. So we turned to the corner down there, and we seen him getting snatched out the car, and the man was taking him behind the building,” Wilis told local news station WGXA. “We thought he was using the bathroom, but it took him way too long to come back from behind the building.”

With his suspicions raised, Willis decided to take action as the child kept screaming.

“I heard the kid screaming please don’t beat me so that’s when my instinct kicked in some more, so I sped on up to go get that kid” said Kelcey Willis.
(WGXA)

“The screaming kept getting louder and louder and that didn’t sit right with us. My first instinct was to grab my gun and go get that kid out the woods,” Willis said.

Following the child’s distressed cries into the woods, he soon realized the situation was dangerous.

“The screaming kept getting louder and louder, and that didn’t sit right with us. My first instinct was to grab my gun and go get that kid out the woods,” Willis said.
(WGXA)

The Warner Robins Police Department said in a media release that a suspect, identified as Haimnarine Doobay, 67, had forcefully taken the child from a vehicle and into the woods behind the Walmart. Police say Doobay threw the juvenile to the ground and started to choke him.

“By the time I came around the corner, he was on top of him choking him, choking him, and at that point I just put my gun up and held him at gun point and grabbed the kid,” Willis said.

Officers with the Warner Robins Police Department responded to a Walmart at 2720 Watson Blvd in reference to a reported kidnapping in progress. Suspect Haimnarine Doobay, 67, was arrested and charged with aggravated assault and cruelty toward a child. (WGXA)

The department said that Willis held the suspect at gunpoint until officers arrived.

Doobay was arrested and charged with aggravated assault and cruelty toward a child.

The juvenile, who was related to Doobay, was taken to Houston County sheriff’s office juvenile department to receive attention and care.

Willis told WGXA that the incident could have ended badly if he had not followed his gut.

“If I ain’t step in, and I ain’t react as fast as I did, the kid would probably be dead…. He would’ve choked the child cold. Once we got the kid out the woods, he said the man was going to beat him and leave him for the animals,” Willis said.