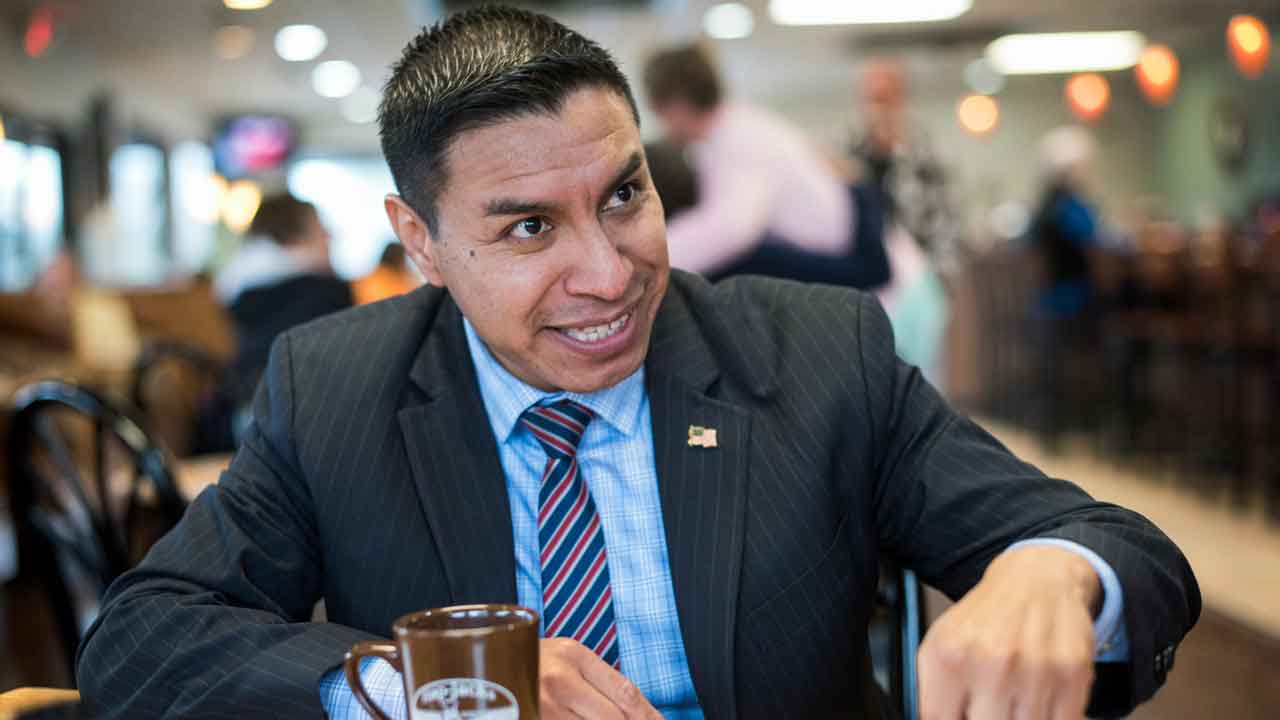 Republican Diego Morales comes into Election Day looking to extend his party’s control on Indiana’s top elections office after facing criticism for doubting the legitimacy of the 2020 presidential election and twice being ousted from jobs in that office.

Morales, a former governor’s office aide to Mike Pence, shifted his stances on early and mail-in voting issues, faced allegations that he possibly committed voter fraud and avoided taking part in forums or debates with Democratic candidate Destiny Wells during the fall campaign for the secretary of state office.

Morales won the Republican nomination over current Secretary of State Holli Sullivan in the June party convention — even though he left low-level jobs in that office in 2009 and 2011 after being written up for poor work performance. He wrote an online column earlier this year in which he called the 2020 election a “scam” while pointing to unfounded claims former President Donald Trump and his allies have made about other states.

Wells, a lawyer and Army Reserve lieutenant colonel, argued Morales was “sowing seeds of fear and doubt” about elections and that the secretary of state should focus on improving Indiana’s troubles with low voter turnout.

Diego Morales is interviewed in Plainfield, Indiana, on April 3, 2018. Morales is now running for secretary of state in Indiana.
(Tom Williams/CQ Roll Call)

The Indiana secretary of state’s office oversees statewide policies for elections, which are run by elected county officials under laws enacted by the Republican-dominated Legislature.

Republicans have controlled the office since 1995, winning double-digit percentages in six of the past seven times it has been on the ballot.