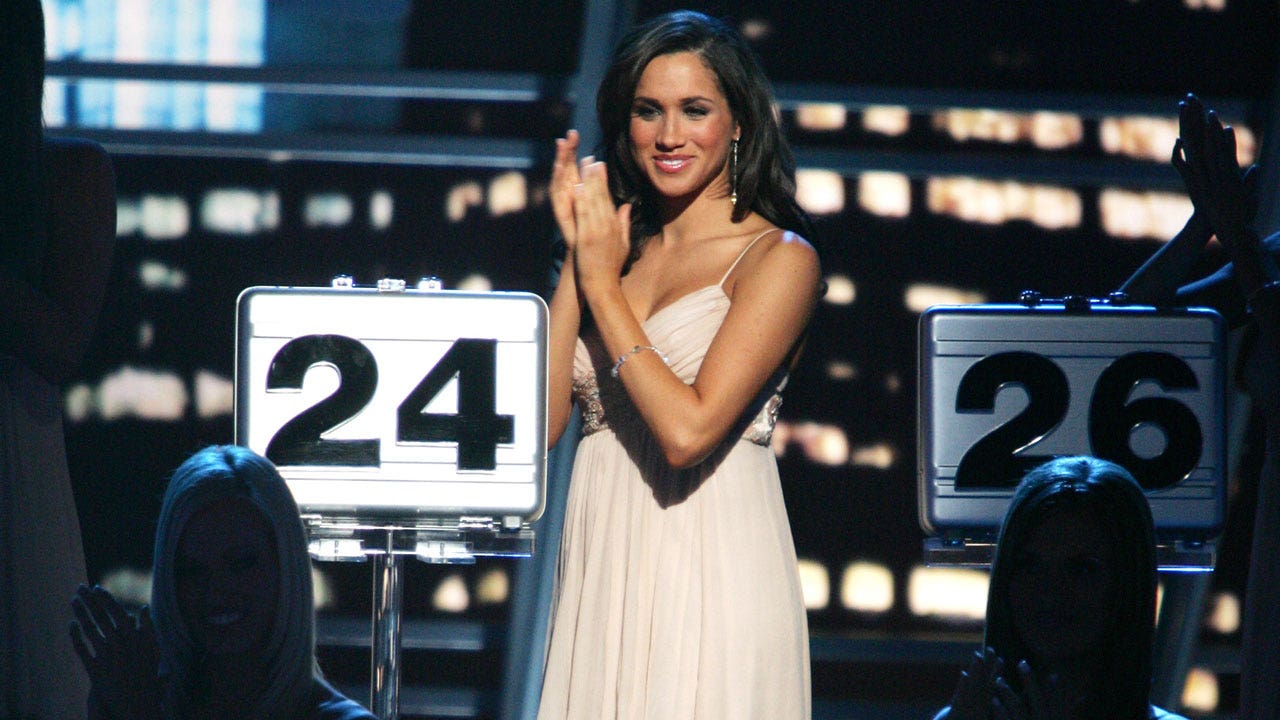 Meghan Markle is receiving criticism for her claims of feeling “objectified” during her time as a briefcase model on “Deal or No Deal.”

In addition to media backlash, former models of the popular game show slammed the Duchess of Sussex for arguing that they were treated like “bimbos” at work.

“It was unfortunate she felt that way because I never, ever felt that way,” former “Deal or No Deal” model Patricia Kara remarked, according to Inside Edition.

Markle reflected on her stint as a briefcase model on her podcast “Archetypes” with guest Paris Hilton.

“I ended up quitting the show… I was so much more than what was being objectified on the stage. I didn’t like feeling forced to be all looks and little substance,” Markle claimed.

Meghan Markle is receiving criticism for her claims of feeling “objectified” during her time as a briefcase model on “Deal or No Deal.”
(Photo by: Paul Drinkwater/NBC/NBCU Photo Bank via Getty Images)

Despite Markle speaking out about her “Deal or No Deal” experience, her former colleague Kara said she does not recall ever feeling that way during work.

The Duchess of Sussex continued to reveal on her podcast that there were different beauty stations to prepare for the game show – including a section where you can add “padding in your bra.”

“There was no bra station,” Kara disputed, according to the media outlet.

In addition to media backlash, former models of “Deal or No Deal” slammed Meghan Markle for arguing that they were treated like “bimbos” at work.
(Photo by Trae Patton/NBCU Photo Bank/NBCUniversal via Getty Images)

Another former “Deal or No Deal” model sided with Kara and expressed she was not “treated like a bimbo” at all.

“During my time on the show, neither myself nor anybody else I worked with was ever treated as such, in my opinion. However, it’s important to note that everyone has their own experience, and I can only speak from mine,” Donna Feldman added, according to Hollywood Life.

Meghan Markle reflected on her stint as a briefcase model while discussing the archetype of “The Bimbo” with guest Paris Hilton on her latest podcast episode.
(Photo by Trae Patton/NBCU Photo Bank/NBCUniversal via Getty Images)

“Everybody knows what you’re signing up for when you’re hired as a ‘Briefcase Beauty.’ Being hired based off your looks comes with the territory,” Feldman pointed out.

Earlier this week, “The View” co-host Whoopi Goldberg weighed in on Markle’s “Deal or No Deal” claims.

“That’s TV, baby. But what did you think you were going to? You know that’s what the show was.”

A rep for Meghan Markle did not immediately respond to request for comment by Fox News Digital.