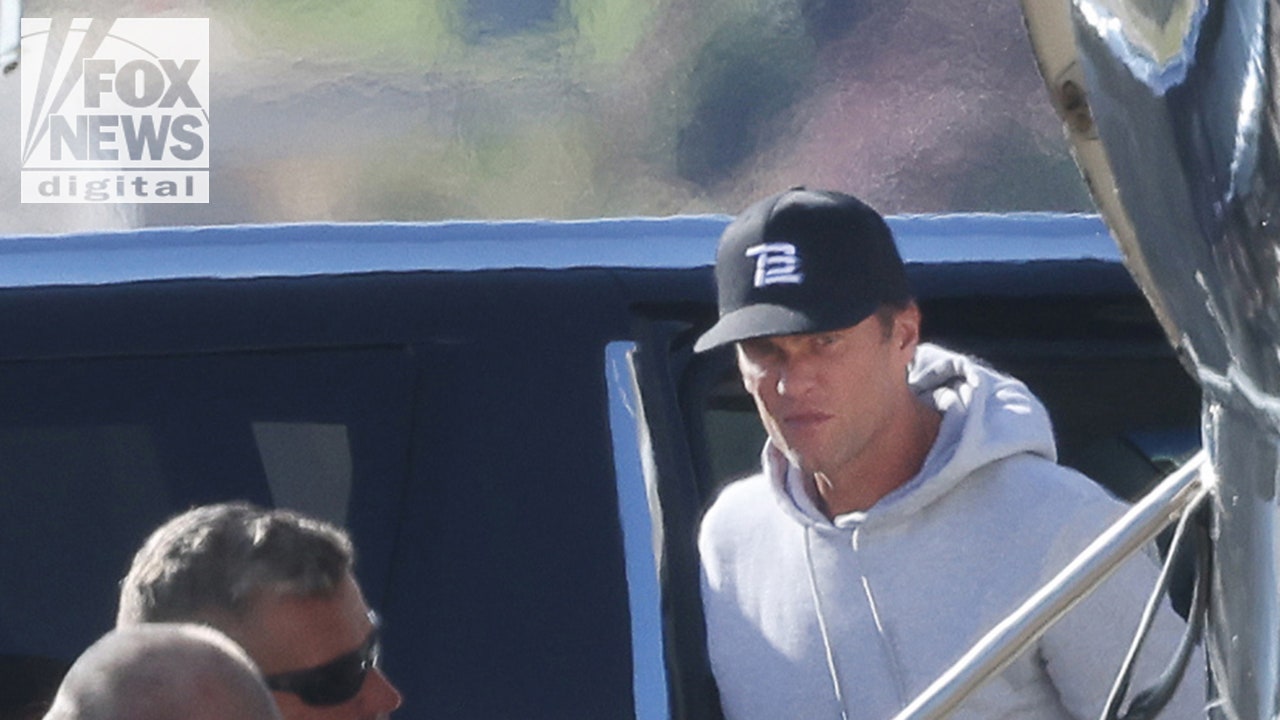 Tom Brady is flying solo these days — whether it be to a wedding or a football game.

While Brady had familiar faces to surround himself with, like current New England Patriots captains Matthew Slater and David Andrews, as well as legends like Randy Moss, Richard Seymour, and Vince Wilfork, the seven-time Super Bowl champion was noticeably without his plus one, wife Gisele Bündchen.

This comes as rumors continue to build that the Tampa Bay Buccaneer’s quarterback and his supermodel Brazilian-born wife have hired divorce attorneys.

Tom Brady was in attendance for Robert Kraft’s wedding in New York City before heading to Pittsburgh the next day to prepare for his football game against the Steelers.
(The Image Direct for Fox News Digital)

A rep for the athlete previously had no comment when reached by Fox News Digital about reports that the couple has hired divorce attorneys.

Tom Brady arrived without his teammates in Pittsburgh, as he flew in from New York City.
(The Image Direct for Fox News Digital)

Although Brady’s two-decade reign with the Patriots ended when he chose not to re-sign in New England and ultimately sign with Tampa Bay, the 45-year-old has maintained a close relationship with Kraft.

Tom Brady is pictured with Robert Kraft in 2019, when he was a still a member of Kraft’s team.
(Rich Graessle/Icon Sportswire )

Also in attendance at the festivities was a longtime friend of Kraft, Bon Jovi, as well as rapper Meek Mill and singers Elton John and Ed Sheeran.

Although a joyous occasion, Brady did not enjoy it with Bündchen, who was spotted several times last week with a healer, as she continues to live separately from the father of her two children.

Not only did Brady spend the wedding alone, but he also spent a plane ride to Pittsburgh by himself, as he flew in ahead of his game against the Steelers on a private jet while his teammates took the Buccaneer’s plane.