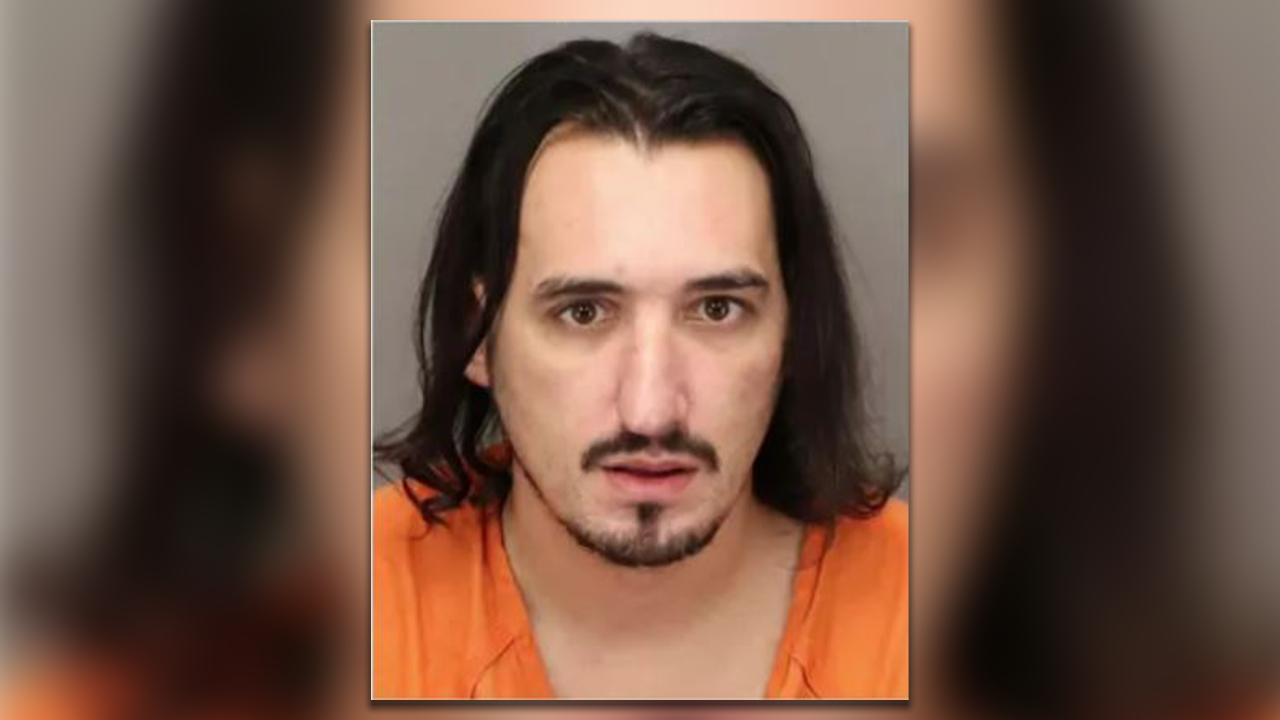 A Florida man is behind bars after his girlfriend, who was allegedly abused by him, slipped a note to a store clerk asking for help, according to Fox 13 Tampa Bay.

Mark Frumosu, 37, was arrested Tuesday and slapped with eight charges ranging from felon in possession of a firearm to aggravated assault in connection with the case. He’s in jail on over $108,000 bond.

The Pinellas County Sheriff’s Office said Frumosu also put the woman through a “terrifying ordeal” earlier in the day, which included being held at gunpoint.

Fox 13 Tampa Bay reported a five-page arrest affidavit explained the moment the store clerk, who was a complete stranger, immediately jumped into action to help the woman in need. The woman was said to be in a long-term relationship with Frumosu.

Mark Frumosu, 37, was arrested on multiple charges Nov. 15, 2022, after he was allegedly abusing his long-term partner.
(Pinellas County Sheriff’s Office)

The affidavit said the incident began when deputies made a traffic stop in Clearwater, Fla. to check on the driver. The note given to the store clerk stated the driver needed help and the police needed to be called.

According to the document, police received information stating that Frumosu was inside the vehicle and had outstanding warrants.

The affidavit also said the woman was “terrified and in fear” for hours leading up to the arrest. Frumosu reportedly pulled her hair, slammed her head into the door and “took the victim’s cellular phone, and threw it in the toilet preventing the victim from communicating a crime to law enforcement.”

FLORIDA MOTEL WORKER SHOT, KILLED BY GUEST WHO TRIED TO SHOOT ANOTHER BUT GUN JAMMED

Deputies from the Pinellas County Sheriff’s Office responded to the call.
(Google Maps)

Though details surrounding the store and the helpful store clerk have not been released, domestic violence victim advocates are applauding the woman for her courage and the clerk for being a quick thinker.

“A lot of survivors stay because they’re afraid,” The Spring of Tampa Bay President Mindy Murphy said, according to Fox 13. “A lot of survivors then eventually leave because they’re afraid. And the fear of what might happen if they try to leave ends up being outweighed by the fear of what’s going to happen. Right. What they begin to think is going to happen if they stay.”

The Spring of Tampa Bay is a resource center for domestic violence victims and offers help to victims no matter the situation.

“We all have legal resources. We have, of course, emergency shelter. We have nonresidential services. You know, you are not alone if you’re a survivor of domestic violence. We are here to help you,” Murphy said.

A purple ribbon lays next to a sign bringing awareness to domestic violence.